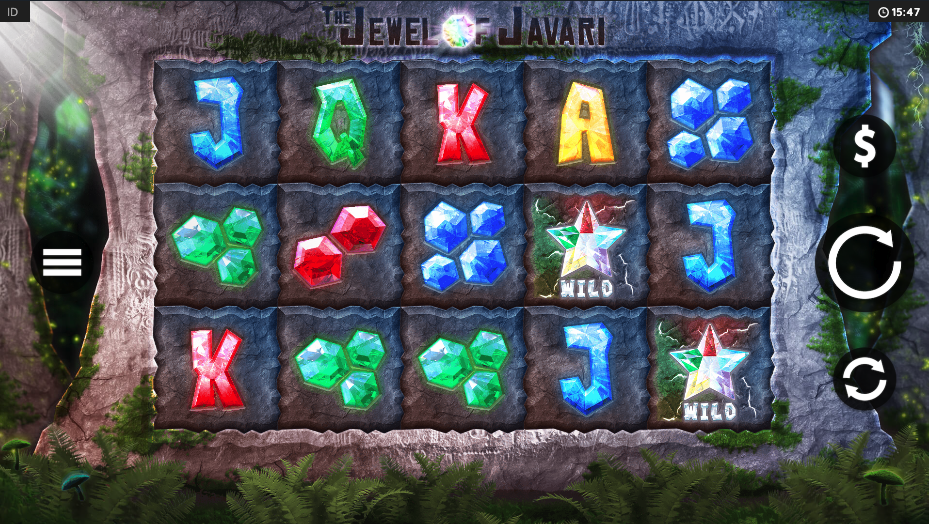 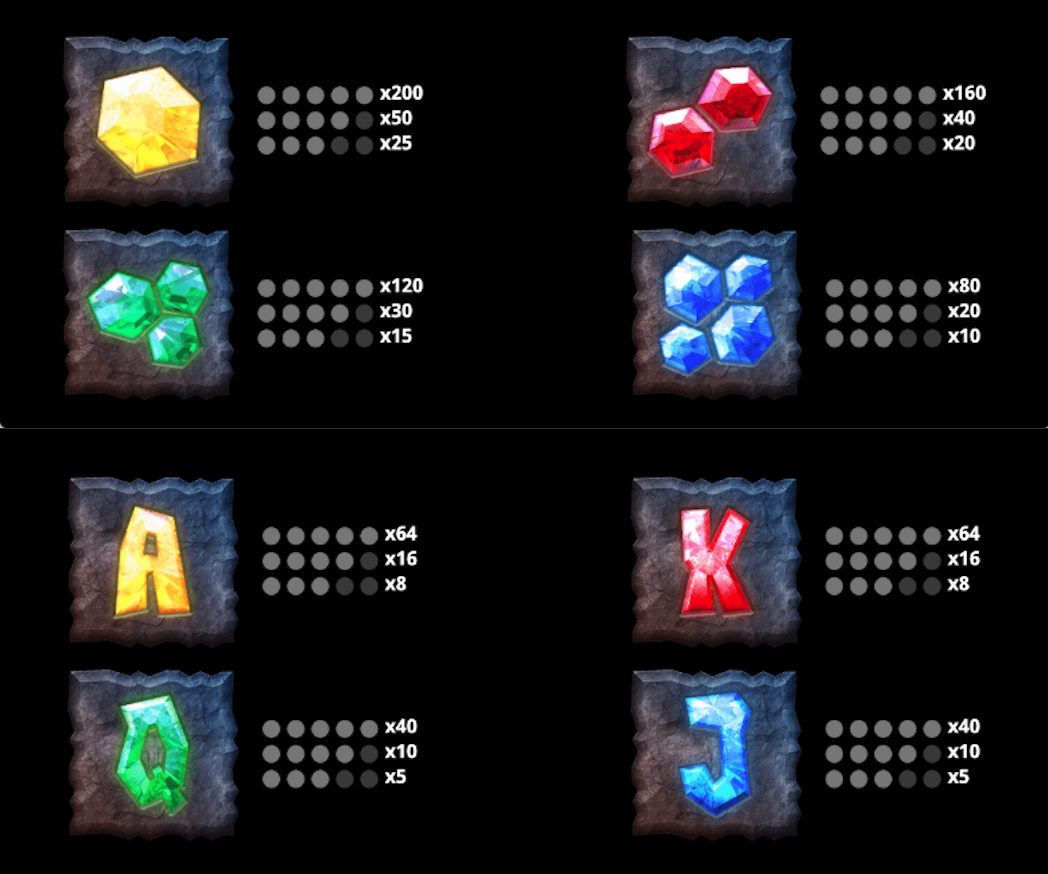 Grab your pickaxe and join us as we head below ground to go mining for the The Jewel of Javari – that’s the ultimate prize in this online from Endemol/Playzido of the same name and it comes with a clever take on collapsing reels, base game bonuses and the Tectonic Trail feature.

The Jewel of Javari is a five reel slot with three rows and twenty five fixed paylines; despite mining usually being an underground activity these reels are spinning above ground on a huge lump of rock. There’s a great tribal soundtrack to accompany the gameplay.

High value symbols include gems in yellow, red, green and blue while J, Q, K and A represent the lower values; the star is wild and the purple rock mask is the scatter symbol.

The Jewel Of Javari Bonus Features

This is similar to the usual cascading reels feature in which symbols in winning combos disappear to be replaced by more falling in from above; in this version new symbols just appear when the others disappear. If the gaps created by wins are big enough Colossal symbols up to 3×3 in size can appear there. These big symbols can also land in regular gameplay.

If a fiery Magma Wild lands on the reels and takes part in a win it will stick in place but burnout slightly – it’s able to last for four spins before spinning away.

If the cross lands on the centre position of reel three you’ll be prompted to click/tap it after which it will create a 2×2 or 3×3 symbol connected to that spot. It may also reveal The Jewel of Javari for a prize of 1000x the stake.

Scatter symbols are the key here and landing at least three will award the following features: