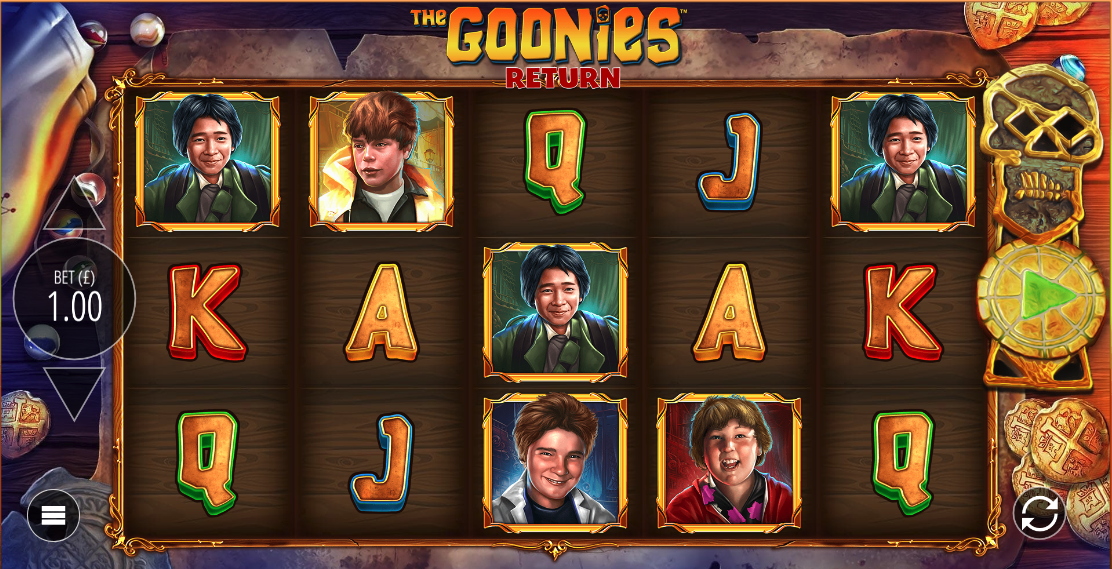 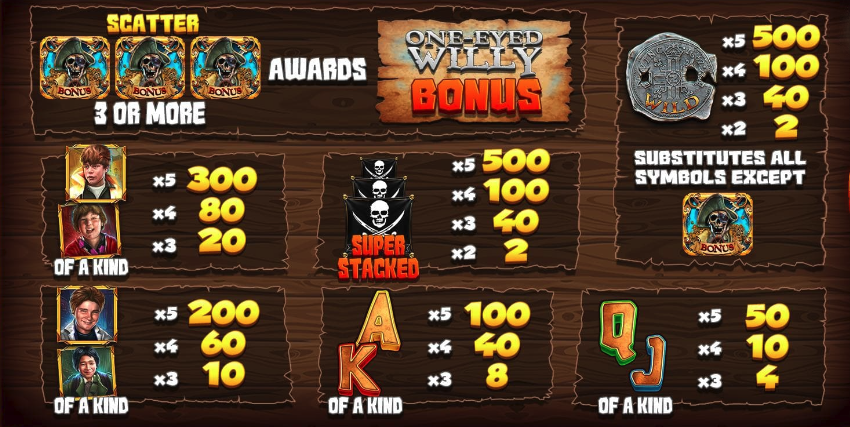 While there never was a sequel to the original Goonies movie Blueprint Gaming have taken it upon themselves to create a second online slot with the same cast of characters as their first game. It’s called The Goonies Return and from £0.10 per spin it tempts players with lots of theme-related features and comedy moments.

The Goonies Return is a five reel slot with three rows and twenty fixed paylines; those reels float above a table filled with gold coins, marbles and clues to One-Eyed Willy’s treasure.

The high value symbols include the famous characters Chunk, Mikey, Mouth and Data along with the skull and crossbones flag; J, Q, K and A make up the lower values. The silver coin is wild and the pirate skull is the bonus symbol.

Landing three or four of the pirate skulls anywhere in view will award a spin of the ship’s wheel which will reveal one of the following features:

At the end of the free spins features there’ll always be a chance to win more spins or a bonus. It’s also possible to win entrance to the One-Eyed Willy Riches Bonus from the Final Voyage Free Spins.

This is triggered by landing five bonus symbols in view (or via the Final Voyage Free Spins) and you’ll first receive a win multiplier followed by three Money Spins on a 5×4 set of reels. A cash symbol landing will reset the spins to three again.

The following characters also award some extras as well as displaying cash values:

Achieving a win of at least 15x the stake will allow the player to take that win or gamble it to try and win one of the main features.

This can be randomly awarded on any spin:

In addition there are even more modifiers which can turn a losing spin into a winning win.