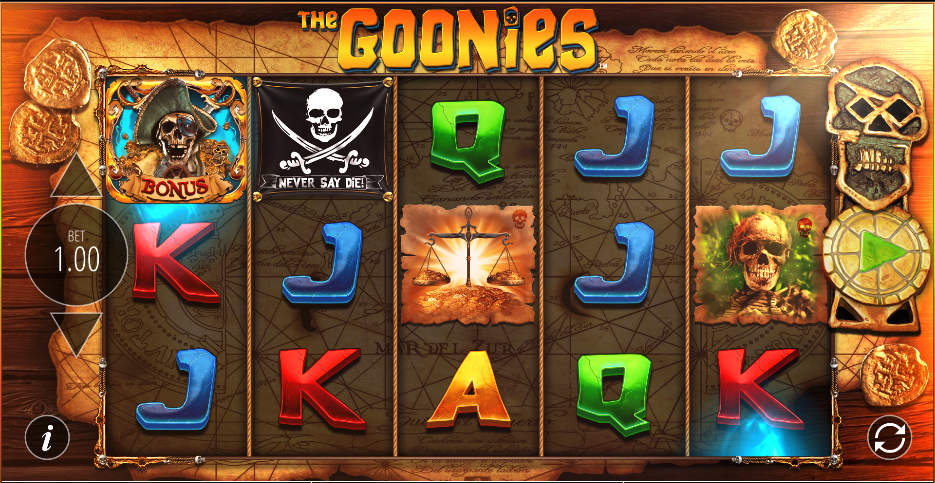 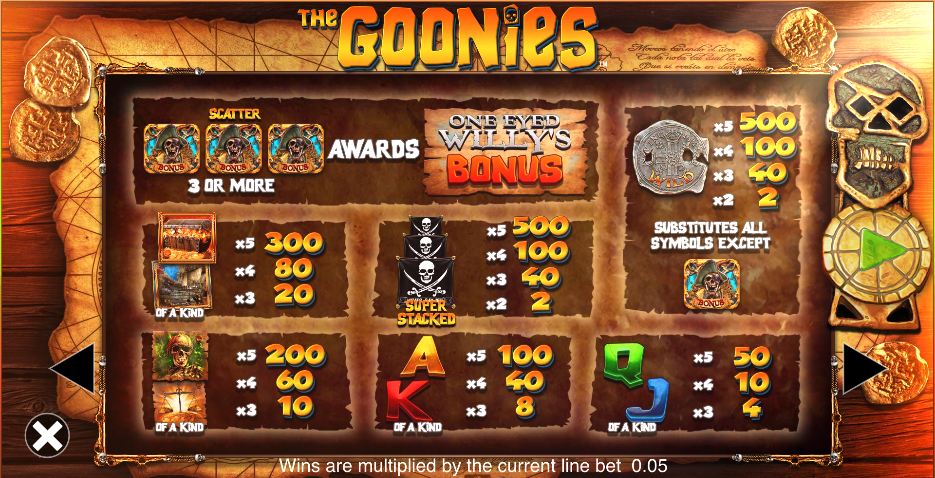 Do The Goonies need any introduction? Well they probably do if you weren’t old enough to watch the 1985 film which followed the efforts of a bunch of kids to save their homes from demolition and discover some pirate gold in the process; this online slot from Blueprint Gaming brings that adventure to the reels along with plenty of extra features as you can discover below.

The Goonies is a five reel slot with three rows and twenty fixed paylines; there are sound effects galore from the film as you spin the reels against a backdrop of One-Eyed Willy’s treasure map and a sprinkling of gold coins.

The five high value symbols are the stacked skull and crossbones, a treasure chest, One-Eyed Willy’s pirate ship, a skeleton and a set of scales; J, Q, K and A make up the lower values.

The silver coin is wild and it will replace all others to help form winning combos except for the One-Eyed Willy skeleton scatter symbol.

This is triggered by landing at least three of the One-Eyed Willy scatter symbols anywhere in view and you’ll now get to spin the ship’s wheel which will award one of the following six features:

The following mini-features can be triggered on any spin:

The Goonies is a slot which does a great job of bringing all those famous characters to the reels and they all get their own well-designed features in the process; this is definitely a game for those who appreciate bonus features!