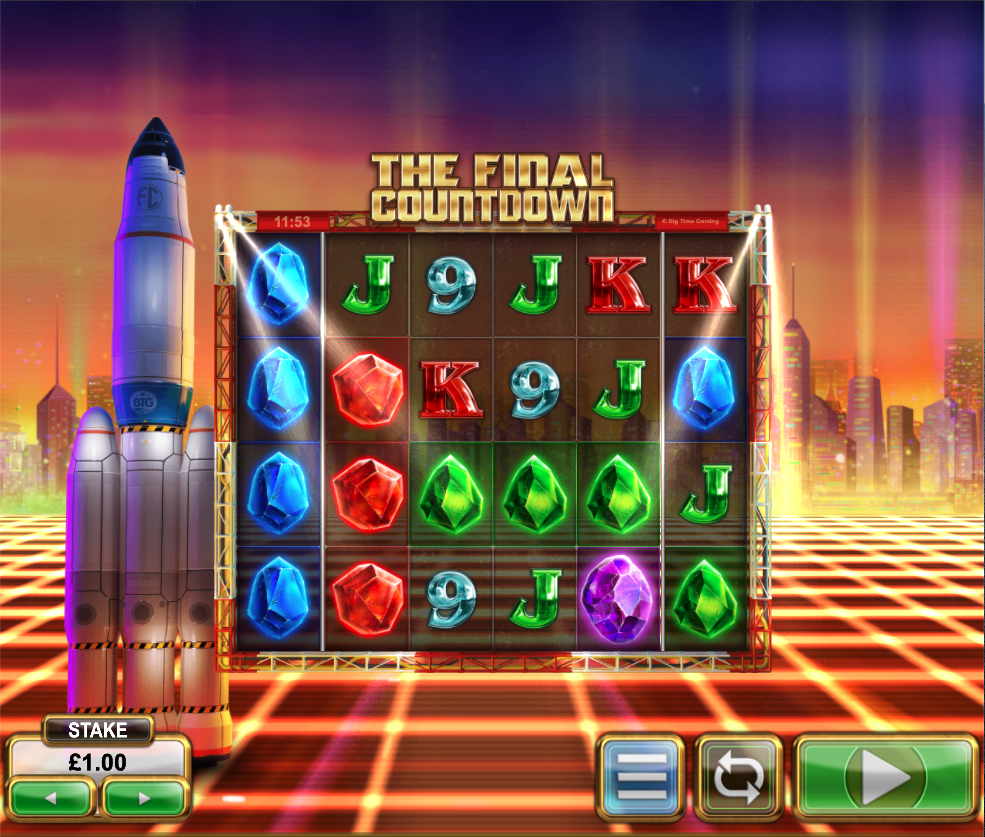 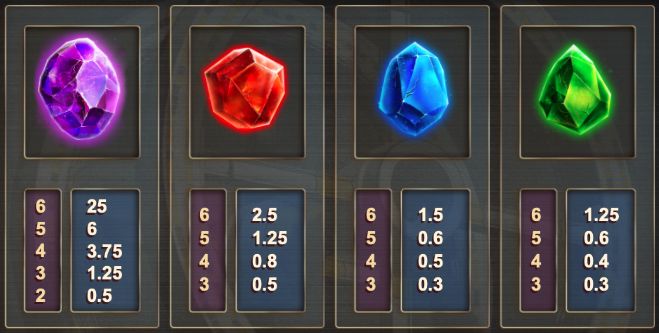 The Final Countdown is a six reel slot with four rows and 4096 ways to win; there’s a 1980s video game vibe to the design with the reels floating above a moving, neon grid as we move slowly towards some futuristic cityscape.

Gems in purple, red, blue and green represent the higher value while 9, 10, J, Q, K and A make up the lower values; the character symbols are wild and the golden ‘FC’ is the scatter.

Landing at least three of the gold FC symbols anywhere in view will trigger this feature and you’ll get to choose from these two options:

The Final Countdown is top notch stuff from BTG and it goes to show that they are about much more than Megaways and Megaclusters; the colourful design, the clever features and the nod to some old rockers only add to the fun. Note that selecting the Heading For Venus option will reduce the RTP slightly from 96.65% to 96.56%.