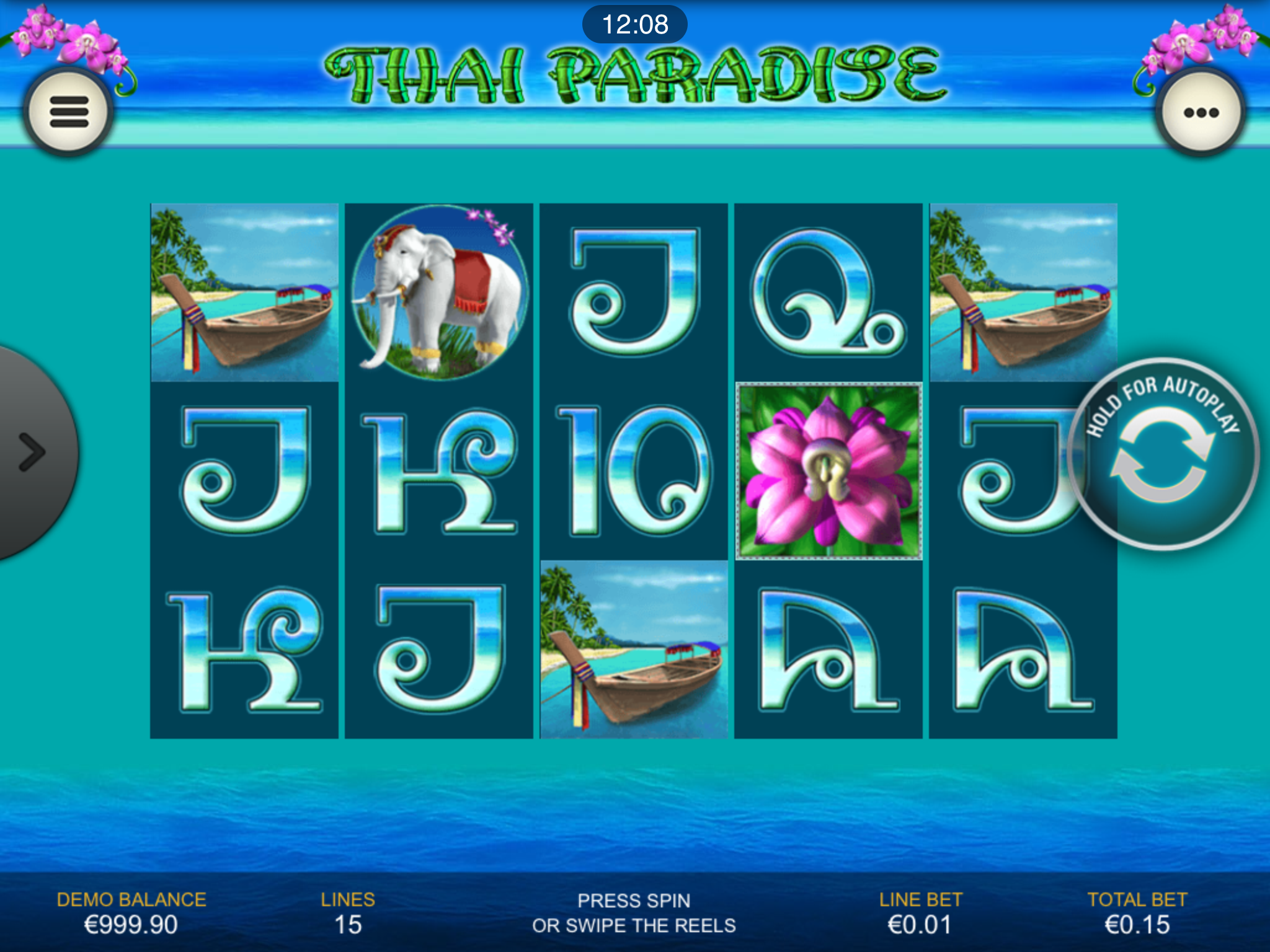 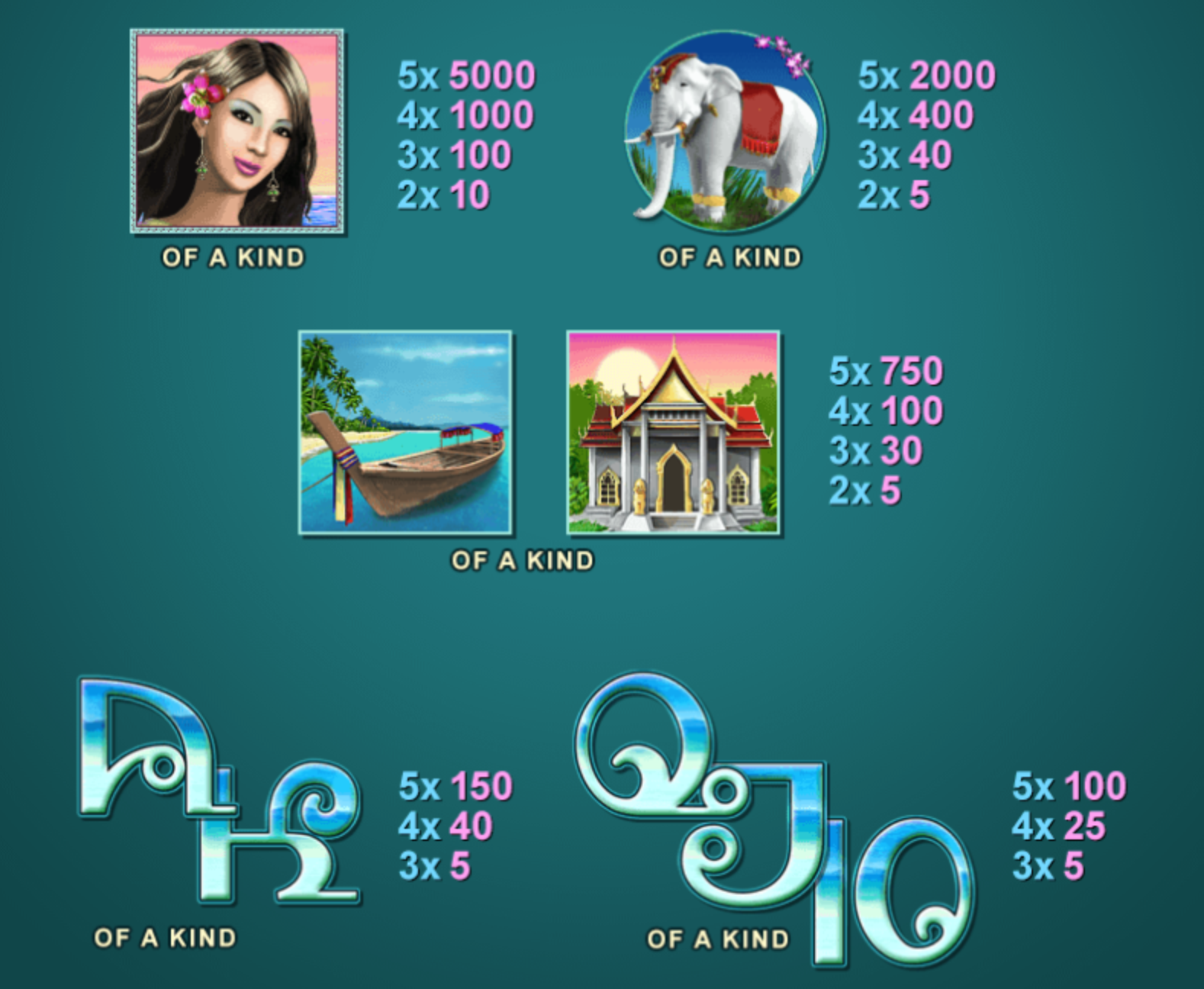 If you can’t find this particular game on the desktop version of any of our recommended Playtech casinos then that’s because it’s designed for mobile devices only. It’s called Thai Paradise and it’s all about the famous Land Of Smiles in south east Asia which arguably is not quite the paradise it once was. That said, even on the busy tourist islands of Phuket and Koh Samui the more adventurous travellers can find one or two deserted and unspoilt beaches.

Thai Paradise is a five reel slot with three rows and up to fifteen paylines; blue seas and an azure sky form the backdrop to the reels.

The high value symbols are the type of things associated with Thailand and include a Buddhist temple, a long-tailed fishing boat, an elephant and a young lady. The low value symbols are the standard 10, J, Q, K and A but an attempt has been made to add some curls which do a reasonable job of imitating the Thai script.

The only special symbol is the wild which is represented by the pink orchid; this acts as the scatter symbols also and is the key to the extra feature. 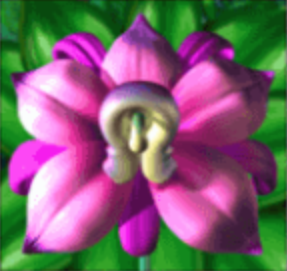 Landing three or more of the pink orchid scatter symbols anywhere in view will award this feature. You will receive 10 free spins during which one extra random symbol will be nominated as another scatter.

This extra scatter will pay out as usual – you need three anywhere in view for a win. More free spins can be triggered indefinitely by landing three+ more scatter symbols during this feature.

This is a perfectly fine mobile slot which does a good job of bringing some rays of sunshine into a chilly northern European winter. The background music is certainly oriental while not particularly Thai but overall this is a decent option to play on the go.