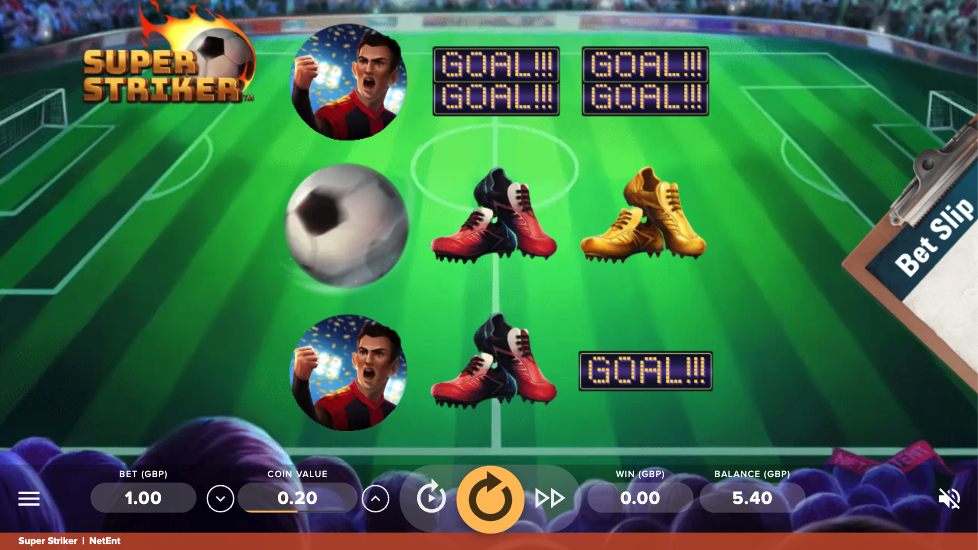 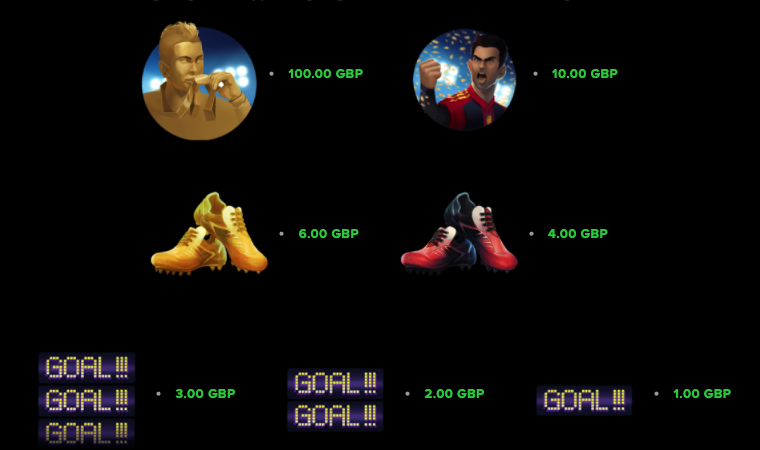 The crowd noise and the footie action of a big tournament form the theme to this online slot from Net Entertainment – it’s called Super Striker and it offers free spins with multiplier wins along with a Bet Slip option to place some side bets.

Super Striker is a three reel slot with three rows and five paylines; seated in the crowd we’ve got a view of the reels and the huge stadium beyond where this competition is taking place.

Symbols are at a premium here and include the golden player, the celebrating player, the pair of golden boots and the red boots; there’s also the triple, double and single dot matrix ‘Goal!!’ symbols which are the lower values but will also pay out if they land mixed on a paylines.

There are no wild symbols in Super Striker but there are two scatters – the golden football and the normal football.

Just one golden football scatter symbol landing anywhere in view in the base game will award a random win.

The Bet Slip is an interesting feature and activated by clicking on it on the right hand side; you’ll now get a choice of side bets in which certain numbers of symbols must be collected within a set number of spins at prescribed odds. If you’ve previously played Scudamore’s Super Stakes from Net Ent you’ll recognise this feature. 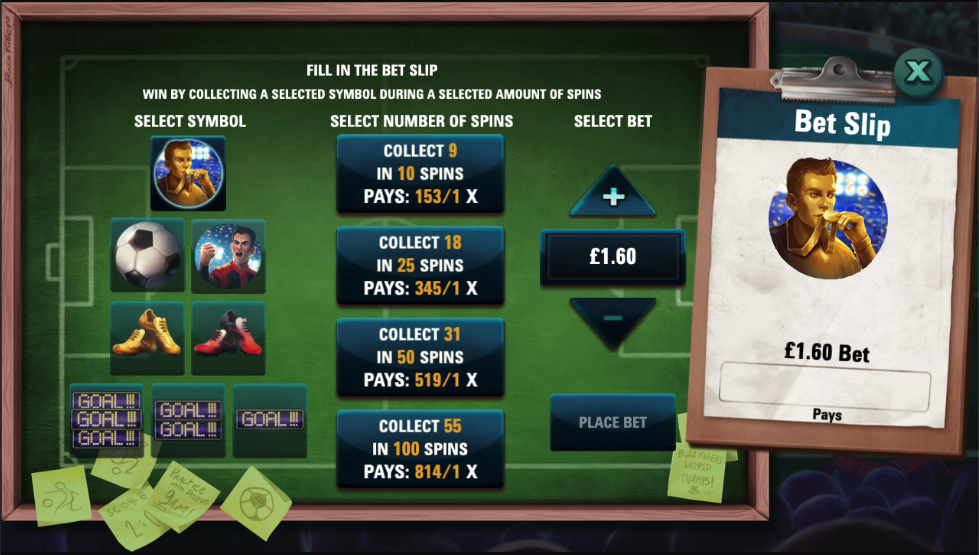 Proving that you don’t need five reels for a fast-moving and energetic slots experience, Super Striker gives us everything we need with high quality graphics and free spins along with a Bet Slip feature we didn’t know we wanted.