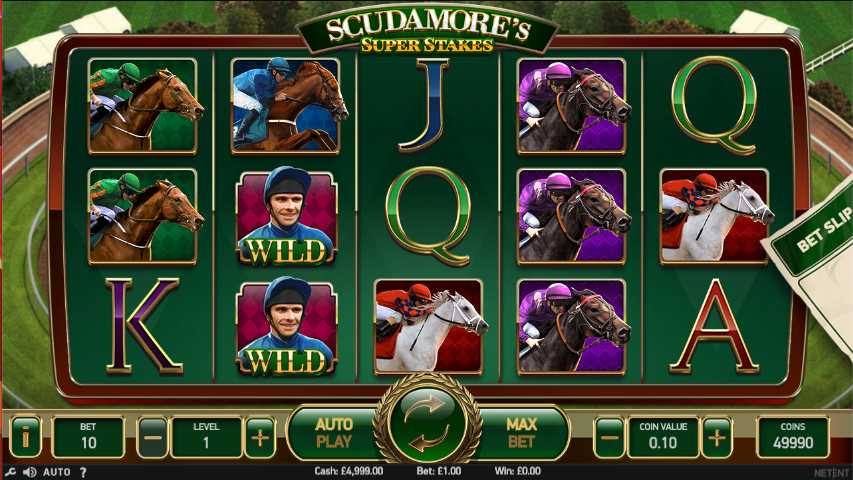 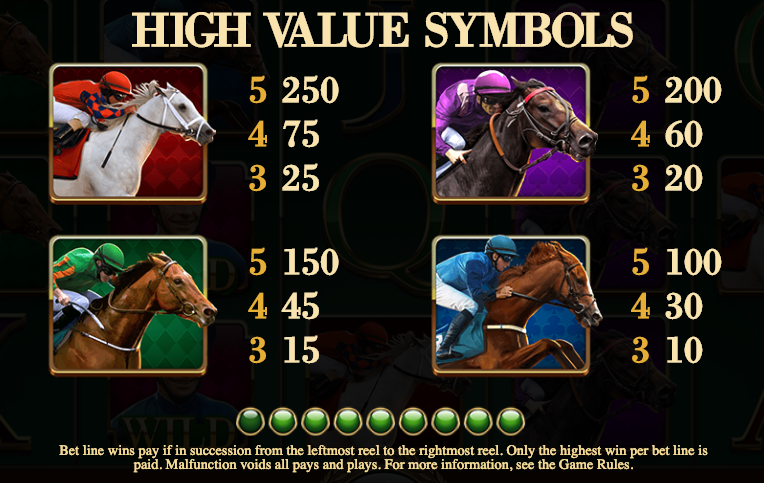 Fans of horse racing will need no introduction to Peter Scudamore, the eight time Champion Jockey with nearly 1700 wins under his belt; he has now lent his name to an online slot called Scudamore’s Super Stakes which is developed by Net Entertainment and comes with free spins and an innovative side bet option.

Scudamore’s Super Stakes is a five reel slot with three rows and thirty two fixed paylines; dramatic music accompanies your gameplay which takes place on a set of reels behind which is an overhead view of a racecourse.

Four jockeys liveried in red, purple, green and blue represent the higher value symbols while J, Q, K and A make up the lower values.

Pete himself is wild and he will substitute for all others to help form winning combinations except for the trophy scatter symbol.

To the right of the reels is the corner of the bet slip so click it and it will expand across the screen; here you can select a symbol and then have a punt on hw many times it will appear on the reels in a certain number of spins – the more unlikely that outcome is, the higher the odds against it happening. You can also change the stake for this particular bet using the arrows on the right hand side.

When you start the spins your progress will be noted in the small box which overlays the reels. 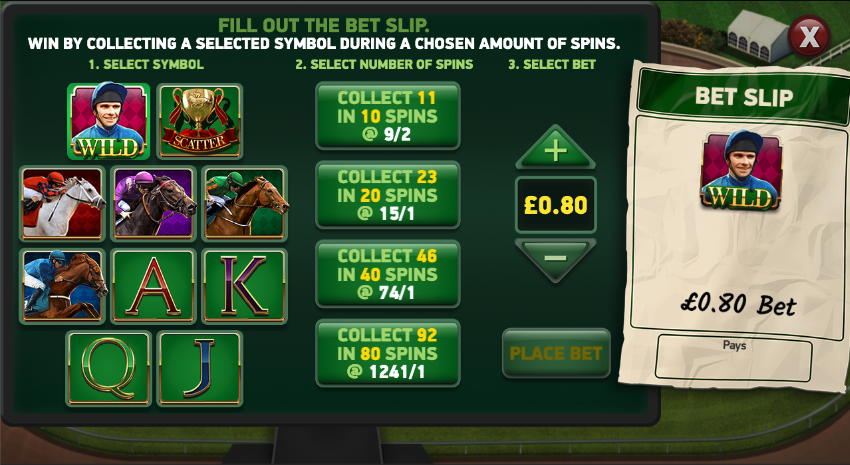 This is triggered by landing three of the trophy scatter symbols anywhere on reels one, three and five; the reels now increase to four rows high and you’ll be asked to select one of the four horses, each of which has a different chance of winning the race and accordingly a different price.

The colour of each horse is associated with one of the lower value symbols and each time there’s a winning combo involving one of those symbols then that horse will move forwards. Once a horse has finished (hopefully yours) the round is over and any winnings paid.

This can occur on any base game spin and between two and five wild symbols are added to the reels in the form of golden horseshoes.

Scudamore’s Super Stakes is a slot which adds a little bit extra to the gameplay options with the Bet Slip, a simple but clever addition which enhances the experience for those looking for a little extra action. The Classic Cup feature is the icing on the cake to this well-designed game.