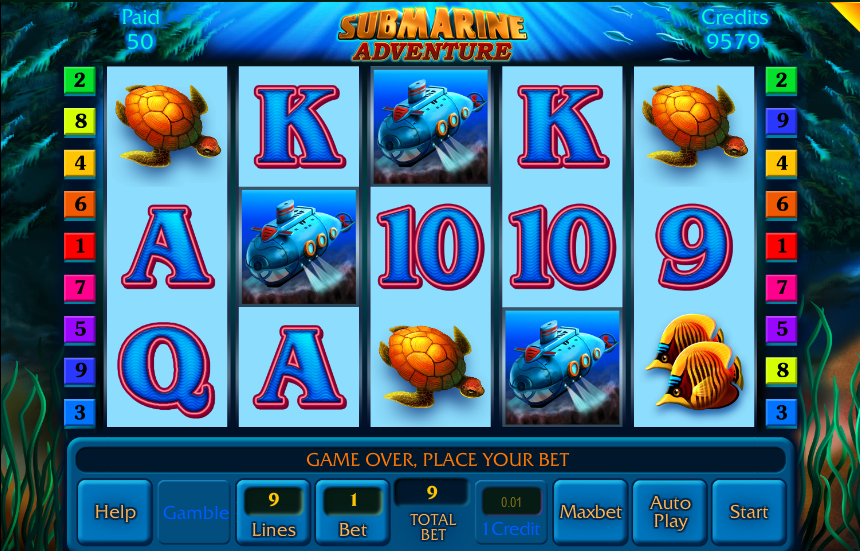 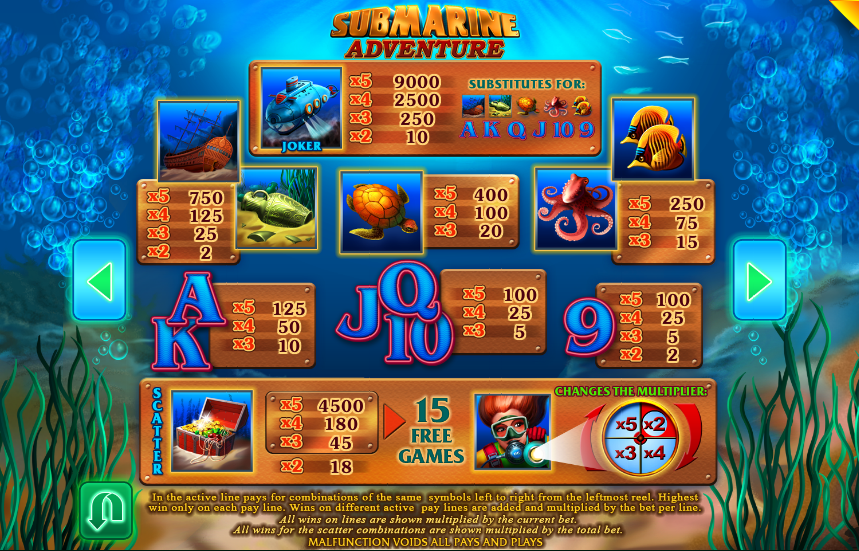 As online slots fans we often get to see the bottom of the sea by playing games with the ocean as their theme; we have another to add to the list here in Submarine Adventure, a release from AlpsGames which at least gives a vehicle to descend in as well as a free spins round – read all about it below.

Submarine Adventure is a five reel slot with three rows and up to nine paylines; the big clear reels spin against a watery backdrop full of plant life swaying in the current and at the top we can see a few fish heading up towards the distant sunlight.

There’s a nautical range of high value symbols including a sunken ship, a vase half buried in the sand, a turtle, an octopus and a pair of tropical fish; 9, 10, J, Q, K and A make up the lower values.

The submarine is the wild symbol and it will substitute for all others to make a winning combination except for the treasure chest scatter.

This is triggered by landing three or more of the treasure chest scatter symbols anywhere in view for which you will be awarded 15 free spins. During this round the scuba diver will award a multiplier of 2x to 5x any wins which can result in some big wins for the luckier players.

Each win can be gambled by using the ‘Gamble’ button below the reels and this is your chance to double or quadruple those winnings by guessing the colour or suit of the next card drawn.

Submarine Adventure doesn’t particularly pull up any trees but it’s a playable enough slot with some nice fishy graphics and an enhanced free spins round. Worth checking out.