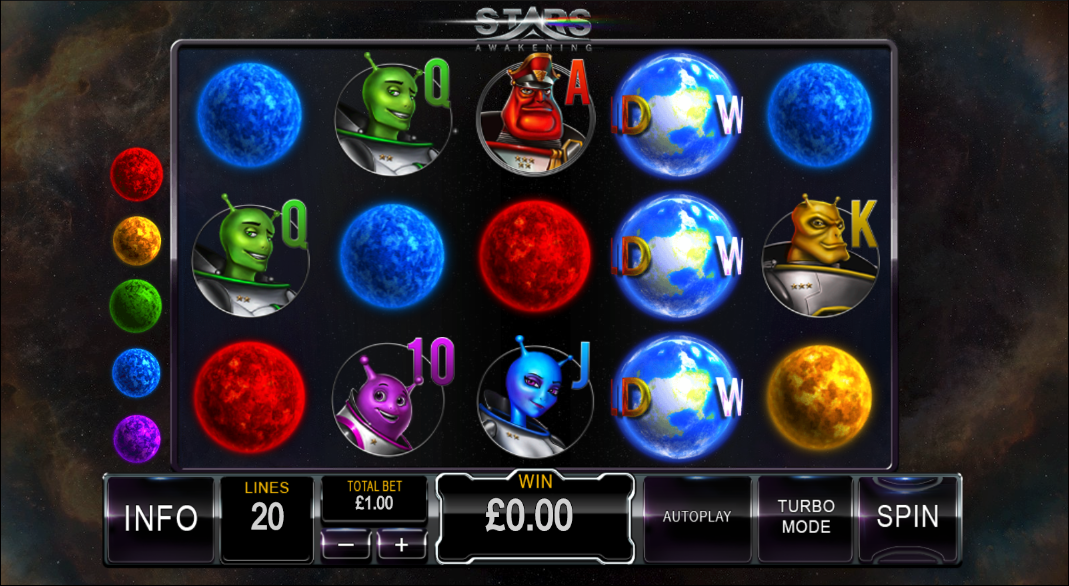 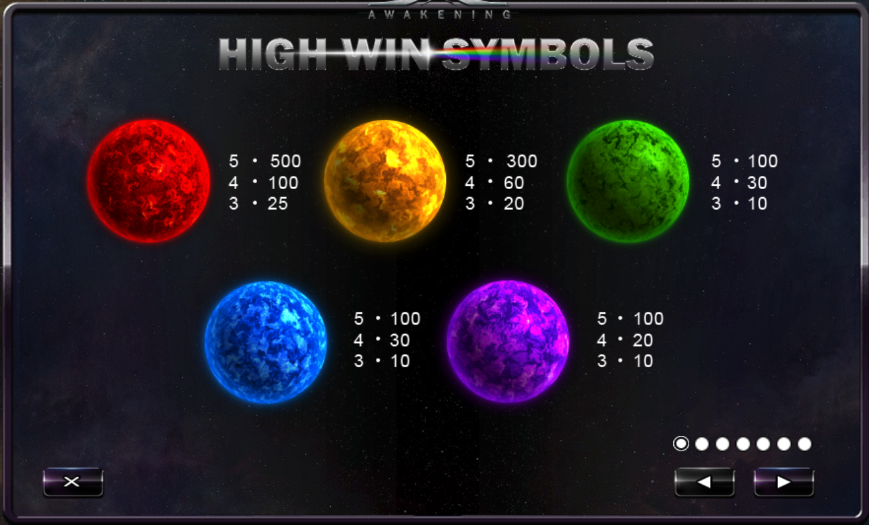 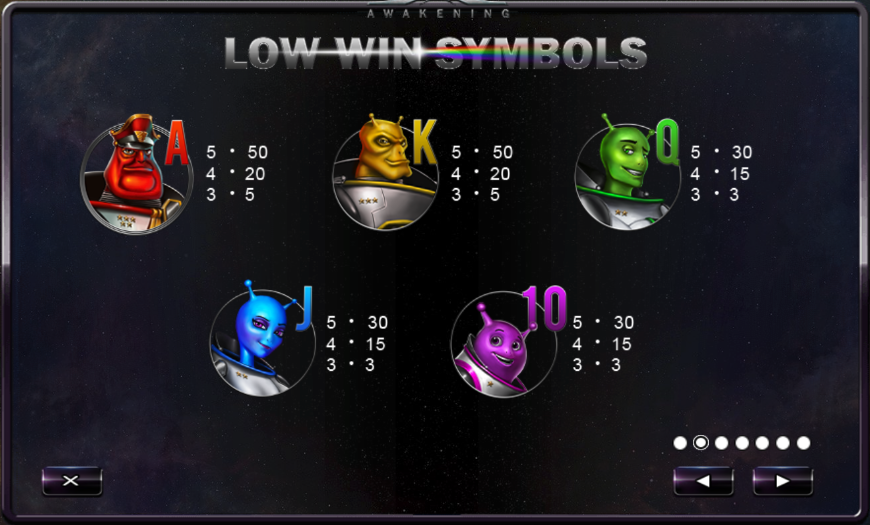 The endless void of space is our destination for this review as we check out an online slot full of colourful aliens and giant glowing planets; it’s called Stars Awakening, it’s developed by Playtech and you can find out how it all works right here.

Stars Awakening is a five reel slot with three rows and twenty fixed paylines; the title of the game stands out like a movie poster above the thin metal frame but through those transparent reels there’s a view of galaxies floating at unimaginable distances.

The wild is a big blue planet adorned with a colourful ‘Wild’ and it will substitute for all others to form winning combos – it also appears stacked on the reels. The wild and the planet symbols can also appear as 3×3 giant ones on reels three, four or five.

Any winning spin will kick this feature off, there are three levels to it and this is how it works if you can land subsequent wins:

If any of those scatter symbols appear on reels, three, four or five their value will be multiplied by the number of times that symbol is in view, including wilds. 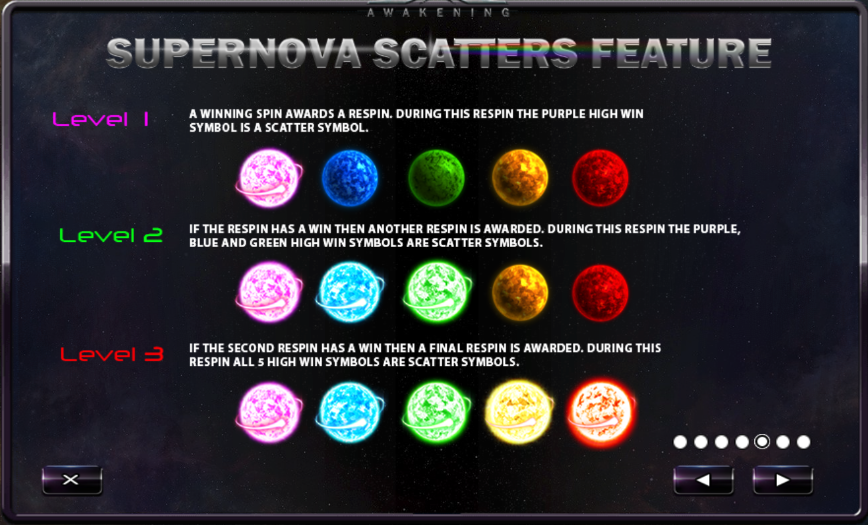 Stars Awakening is an interesting slot with some sophisticated graphics (especially the spinning planets) and an interesting feature which rewards each successful spin. It’s good stuff, it’s certainly worth a pop and it comes with an RTP of 95.93%.