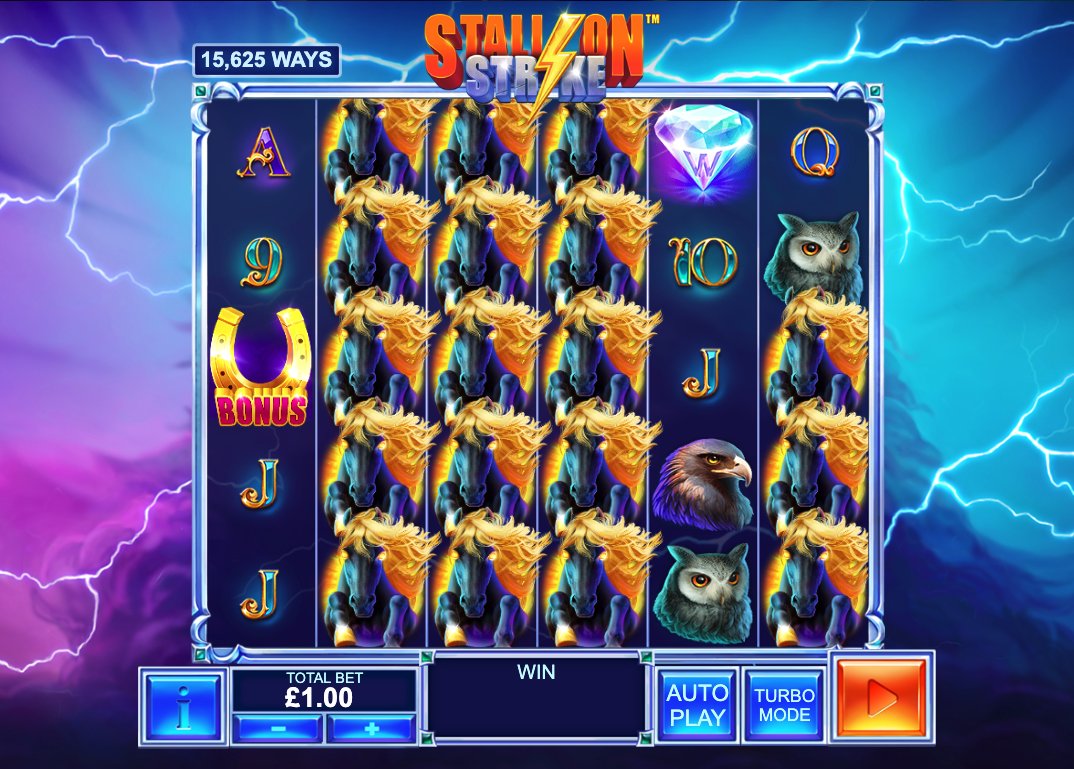 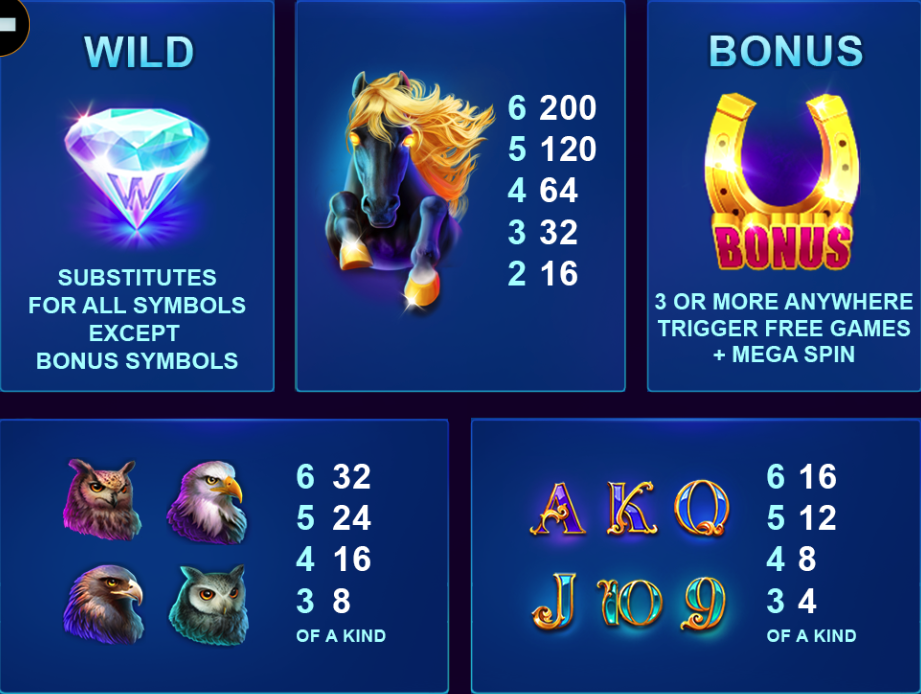 A gold-maned horse is the main theme of this online slot from Playtech which comes with the exciting name of Stallion Strike; this game comes with plenty of free spins and the clever Power Zones feature which transforms symbols into winning combinations.

Stallion Strike is a six reel slot with five rows and a hefty 15,625 ways to win; behind those reels bolts of lightning flash through the hazy blue air to create an action-packed atmosphere.

Our eponymous horse is the most valuable symbol and worth 200x the stake for six on a payline but there are also various birds of prey such as owls and eagles; 9, 10, J, Q, K and A make up the lower values. The large diamond is wild, it appears on reels two to six and it will replace all standard symbol to help form winning combinations; the golden horseshoe is the scatter.

Power Zones are the main draw of Stallion Strike and every so often a ‘charged’ standard symbol will land on the reels and create a Power Zone; landing another charged symbol next to this Zone horizontally or vertically will increase its size. Eventually you’ll land a charged symbol in that zone and all symbols within it will transform into that one, hopefully resulting in a big win. Those Power Zones will then be removed before the next spin. 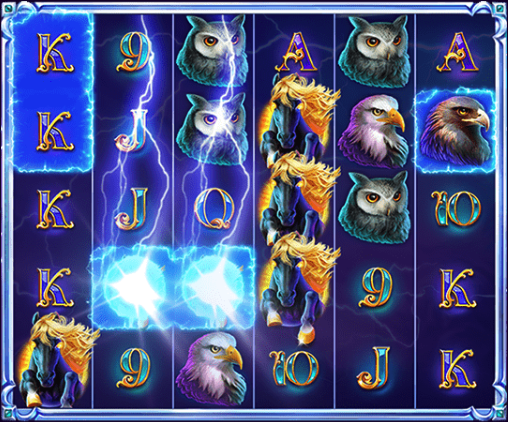 Landing at least three of the golden horseshoes anywhere in view will award the following number of free spins:

More spins can be triggered in the same way with the addition of three spins for just two horseshoes.

During this round all Power Zones created remain until the end of the round when there’ll be a Mega Spin in which all those Power Zones transform into the same symbol.

Stallion Strike is a typically high quality release from Playtech but it also introduces the Power Zones gameplay mechanic which raises it above the norm; it’s definitely worth more than a few spins.