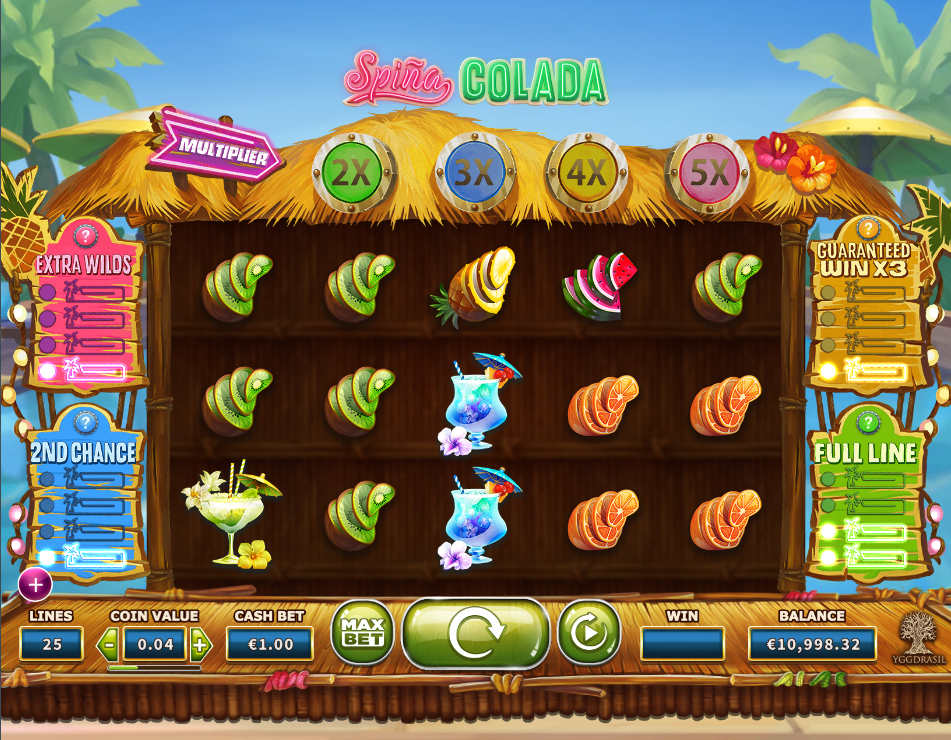 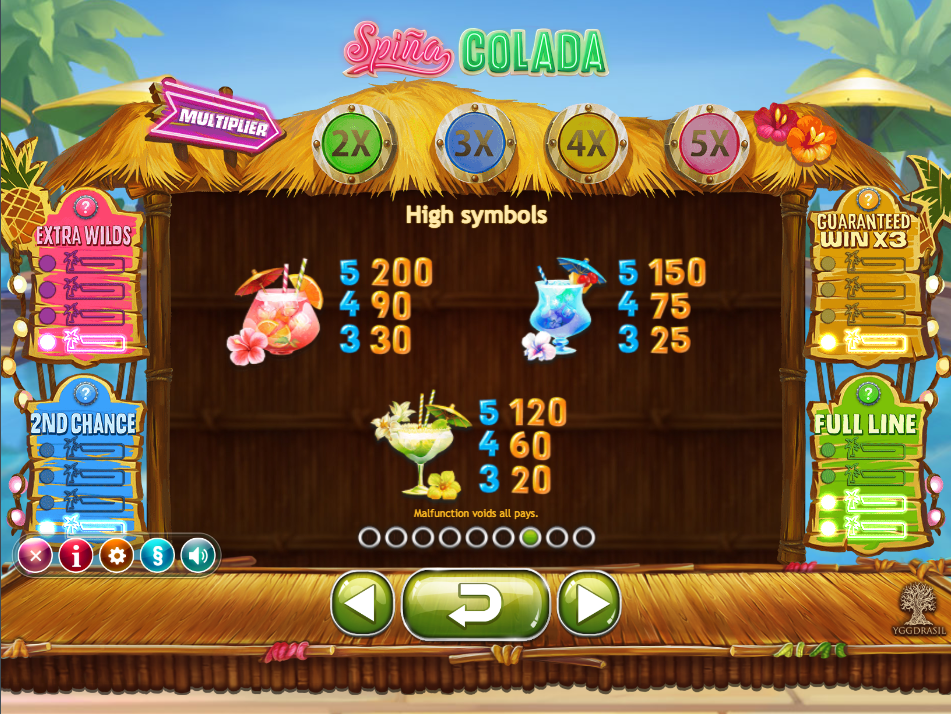 Let’s take a trip down to the beach, grab ourselves a cocktail and then check out this online slot machine with a name very similar to that drink we’ve just ordered; it’s called Spina Colada, it’s developed by Yggdrasil Gaming and it includes some very creative features.

Spina Colada is a five reel slot with three rows and twenty five fixed paylines; the reels spin on the walls of a beach shack with palm trees, a calm sea and blue sky in the background. We’ll explain later on about the two boards on either side of the screen.

The three higher value symbols are three colourful cocktails – blue, green and peach while the the lower values are decorative bits of fruit – a strawberry, an orange, a Kiwi fruit, a pineapple and a watermelon.

The Spina Colada symbols is wild and it will substitute for all others to help make winning matches.

This is triggered whenever you land a win in the base game and you will see those symbols involved freeze in place for a free spin; any more matching symbols landing will repeat that process until there are no more wins and any wilds will turn into that particular icon.

Filling up reels from the left hand side will award a multiplier value for the win as you can see from the marker above the reels – reel two 2x, reel three 3x and so on.

These are four randomly occurring features during the base game and you will also see one of the coloured spaces fill up on the boards to either side of the reels. The features are as follows:

The first time you load up the game you will start with two Full Line spaces filled.

This is triggered by filling up any of the four coloured boards and you will receive four free spins with particular feature active; this round can’t be retriggered.

Spina Colada is a very entertaining game which includes alcohol, the sun and the beach so what more could you ask for; well you could ask for interesting features which it also has along with an RTP of 96.30% – check it out!