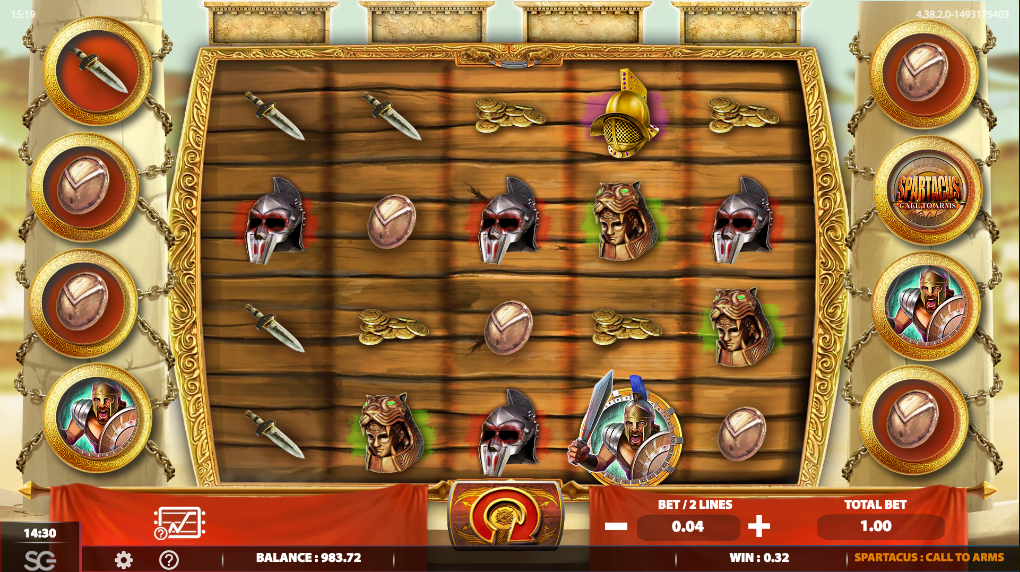 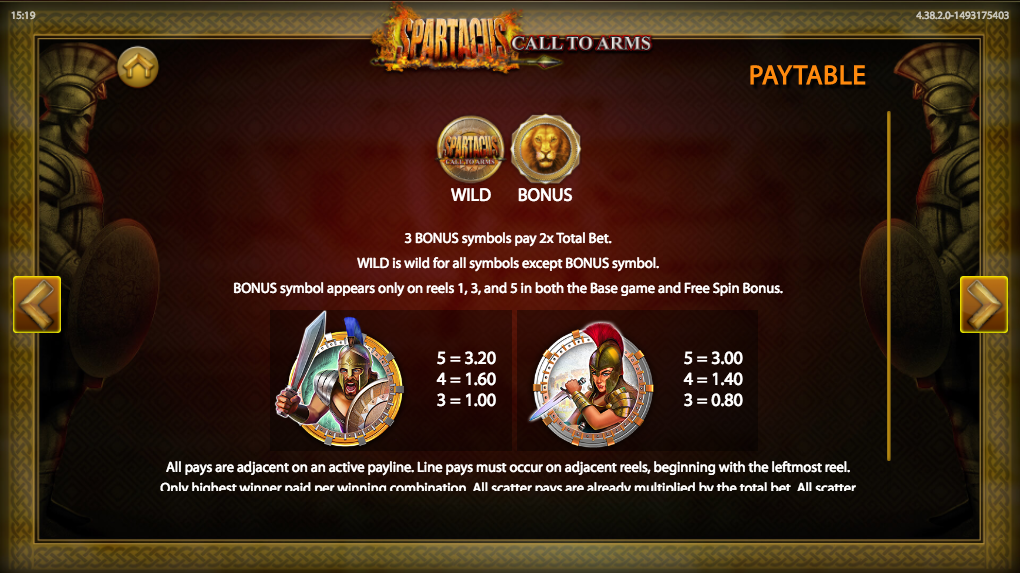 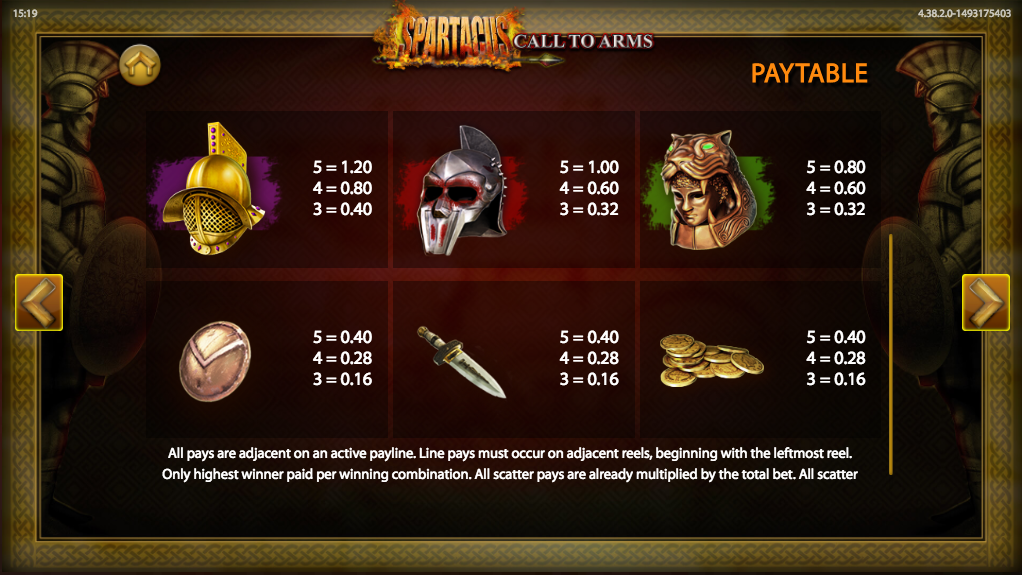 Several years ago WMS Gaming released an online slot based on the life of the legendary Roman slave Spartacus called Gladiator of Rome; the good news is that there’s a sequel called Spartacus: Call to Arms, it’s a bit bigger and a bit better and you can find out all about it below.

Spartacus: Call to Arms is a five reel slot with four rows and fifty fixed paylines; those reels spin on a wooden surface chained between two columns and you will also observe four extra symbols positions on either side but more of that later.

All the symbols are related to the theme and include Spartacus, a female colleague, three helmets of varying designs, a shield, a dagger and a pile of gold coins.

The wild symbol is the game’s logo and it will substitute for all others to help form winning combinations except for the lion bonus icon.

The eight symbols positions on either side of the reels will display a random selection of symbols on every spin, except for the bonus icon; if they then contribute to a payline, your win will be subject to a multiplier equal to the number of matching symbols in the special reels. You can see the active multipliers above the reels on any particular spin.

A wild landing on the special reels will duplicate itself onto a random position on the main set.

This is triggered by landing three of the lion bonus symbols anywhere on reels one, three and five; ten free spins are now awarded on a set of reels which includes more wild icons. All Special Reel multiplier values are doubled in this round and it’s possible to retrigger more spins by landing three more bonus symbols.

Spartacus: Call to Arms is a really enjoyable slot with a very creative Special Reels feature and some dramatic music to accompany your gameplay; well worth checking out and it comes with an RTP of 96.05%.