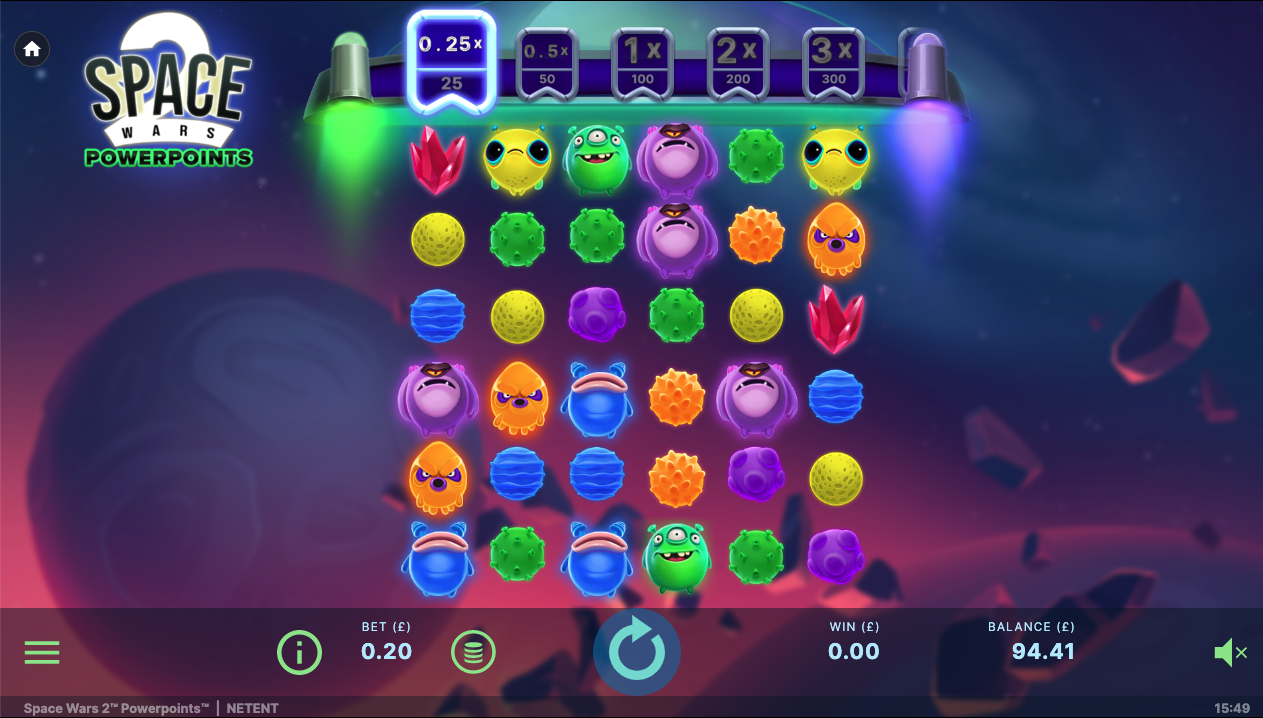 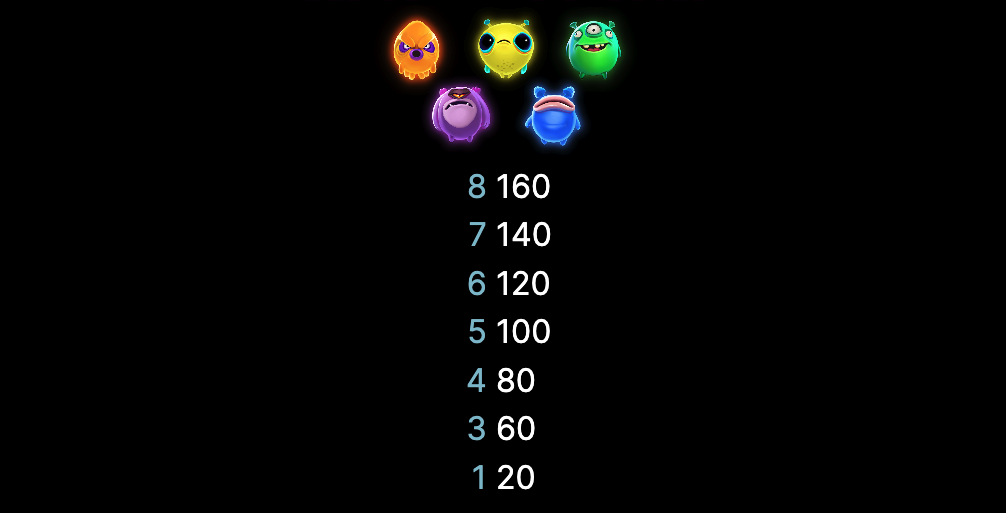 By our estimation it’s been almost a decade since the release of Space Wars by Net Entertainment so it’s really about time for a sequel; here it is then with the slightly odd title of Space Wars 2 Powerpoints. The cute aliens return once more, attempting to accomplish their dastardly deeds by creating matches and Powerpoints which lead to multiple bonus features including wild multipliers and free spins.

Space Wars 2 Powerpoints plays out on the 6 x 6 grid displayed above which floats against a cosmic background of mysterious planets and floating space debris; your aim is to create matches of at least three symbols horizontally or vertically anywhere on the reels. The symbols involved will then disappear and be replaced by more falling in from above (the Avalanche feature).

The five higher value symbols are a red crystal and aliens in orange, yellow, green, purple and blue and the lower values are look like tiny planets in similar colours.

Every time a winning combo of at least four matching symbols is created on the reels a mini-feature occurs as follows:

As well as the above bonus creations, more features can be triggered with adjacent combinations of them:

Powerpoints are collected during all features.

Let’s get back to those Powerpoints then and a certain number are awarded for each combo created and you’ll see these added to the meter above the reels on each spin; win multipliers are the first things to be earned (25 Powerpoints = 0.25%, 200 = 2x, etc) but once you reach 1000 on a single game the free spins are triggered.

During this feature the playing area increases to eight rows high and up to three spins can be triggered by reaching new Powerpoint milestones – 1400, 2800, 4200, 5600, 7000, 8400. Powerpoints do not reset between spins during this round.