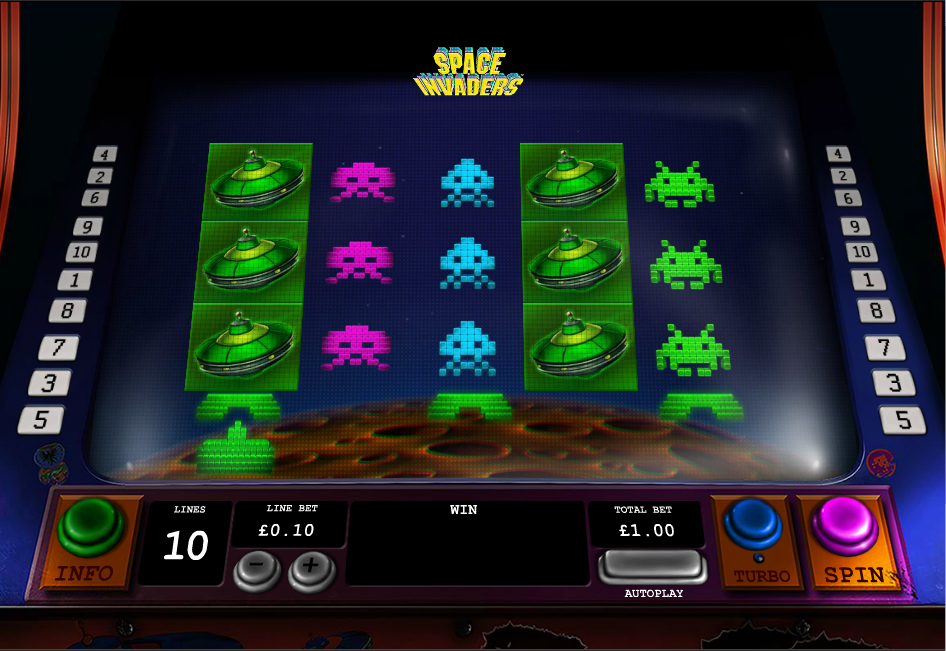 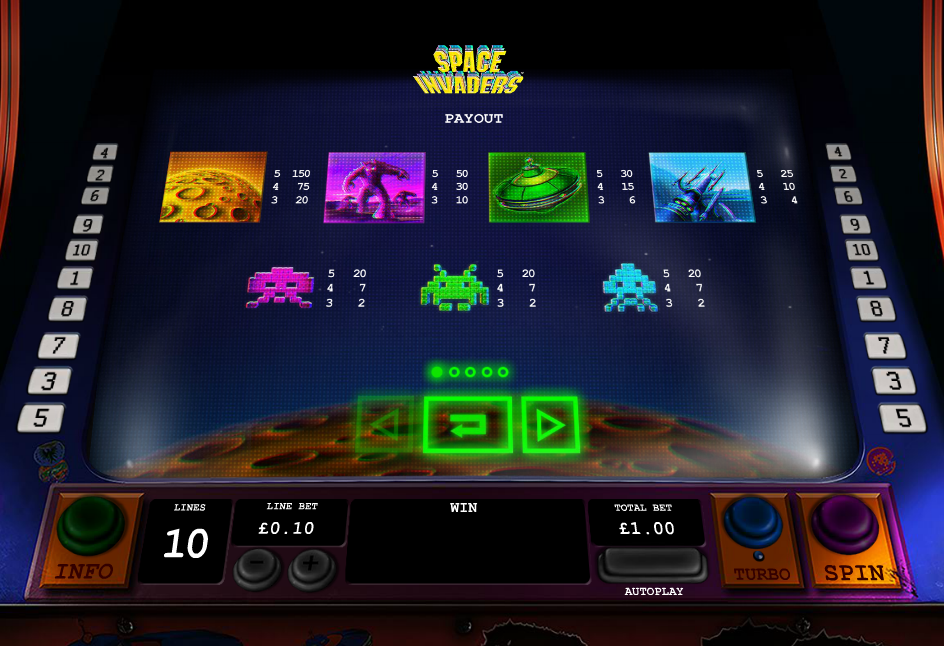 For those of us of a certain age Space Invaders was the arcade game which introduced us to a world of interactive entertainment which still tempts us to this day. Playtech clearly recognise the nostalgia attached to this alien-thwarting pastime because they have developed an online slot based on it.

Space Invaders is a five reel slot with three rows and just ten fixed paylines; it’s designed to look like a physical arcade game with some suspiciously sticky buttons underneath a screen which tilts backwards away from the player. All that’s missing is a cracked screen or spilt drink to complete the authentic effect.

The symbols are all related to the theme and include an alien planet, a purple alien, a green spaceship and a blue alien weapon; the lower value symbols are three of the pixellated aliens straight from the game – purple, green and blue.

There’s no bonus symbol in Space Invaders and the wild symbol ( a big yellow ‘Wild’) appears only as part of the bonus features.

You may already have noticed from the screenshot above that the cannon is active below the reels; if it stops moving under reels two or four it may fire it’s weapon which will turn any of the lower value symbols (the three small aliens) wild if a win is possible. Any wins made this way will be multiplied by 2x.

Along with the cannon below the reels there’s an alien moving about above them; if these two align the cannon will shoot the alien which will award one free respin with extra wilds added to the reels.

Space Invaders is really good fun and it channels the spirit of the original arcade game very well with some faithful sound effects and quirky graphics; it comes with an RTP of 96.16%,