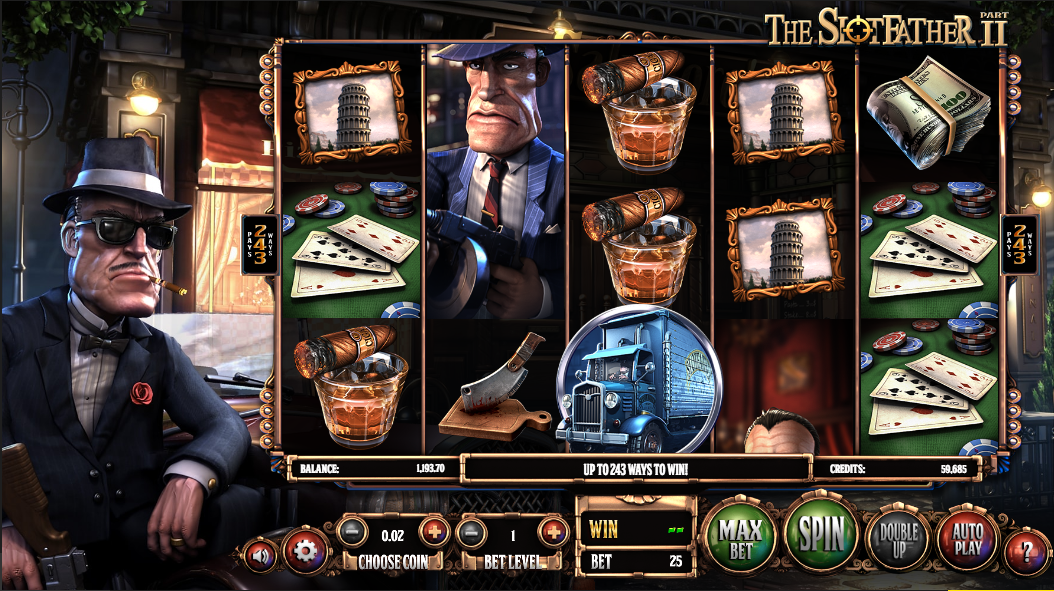 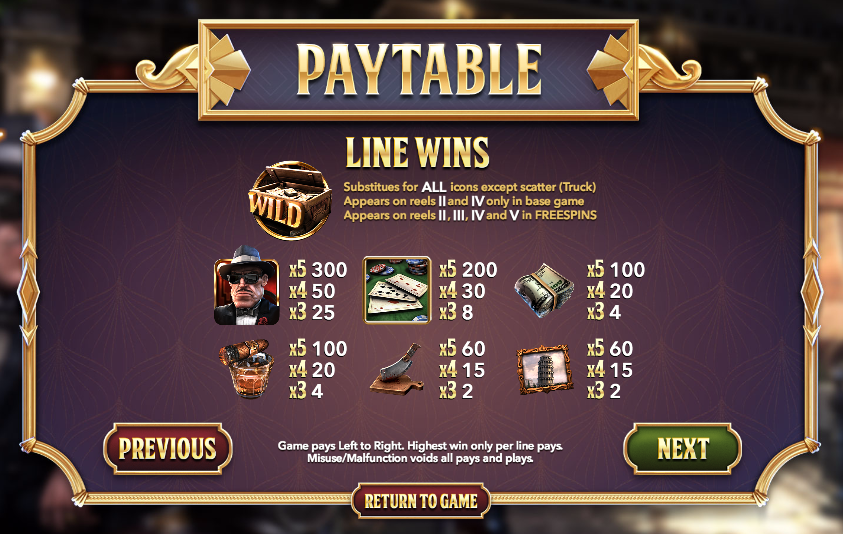 Many online slots fans will have enjoyed playing Betsoft’s The Slotfather which focused on the nefarious activities of various underworld characters and now there’s a sequel which is bigger and better than the original; it’s called The Slotfather Part 2 and you can find out all about it here.

The Slotfather Part 2 is a five reel slot with 243 ways to win which means winning combos can be formed as long as there are matching symbols in adjacent rows starting from the left hand side; the backdrop to the delicate reels is the exterior of a building guarded by one of our gangsters.

The symbols are all theme-related and include the Slotfather himself, some playing cards, a wad of cash, a cigar/brandy combo, a cleaver and a picture of the Leaning Tower of Pisa.

The wild symbol is a box of gold coins which appears only on reels two and four and will substitute for all others to form winning combos except for the truck scatter icon. There are also three separate expanded gangster symbols which can fill an entire reel.

This is triggered by landing three or more of the truck scatter symbols anywhere in view for which you will receive:

All wins during this round will be doubled and it’s possible to trigger more spins by landing more scatters; when the spins have finished you’ll be awarded the Big Boss Bonus which is a random instant cash prize. 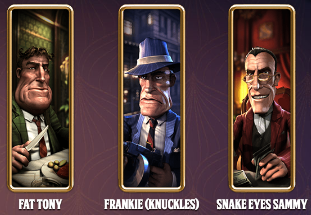 This is triggered by landing three full reels of matching gangsters anywhere in view although if you can land just two you’ll get a free respin to try and collect the third. You’ll now get taken to  second screen in which you pick envelopes to win prizes until you find the one that says ‘Collect’. Each gangster will award prizes a little differently:

Each base game win can be gambled by clicking the ‘Double Up’ below the reels; you can try and double up as many times as you like but an incorrect guess will lose it all.

The Slotfather Part 2 is great addition to Betsoft’s high quality line up and a worthy successor to the original game; the features trigger reasonably regularly and it’s definitely a game to recommend.