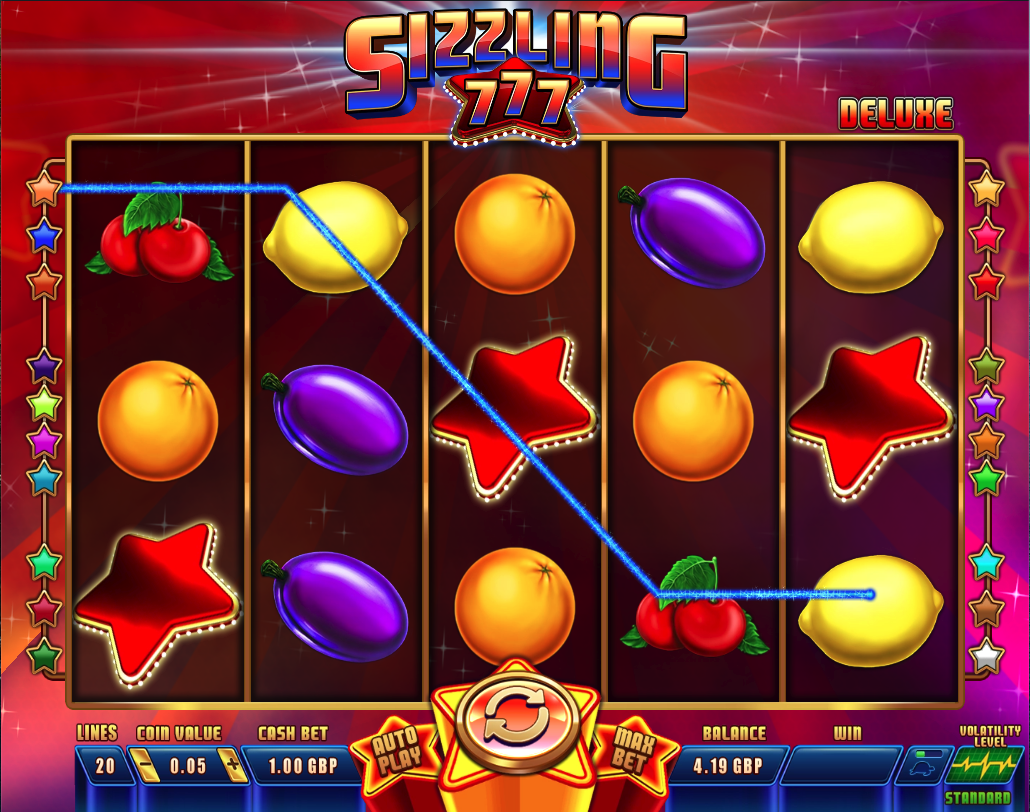 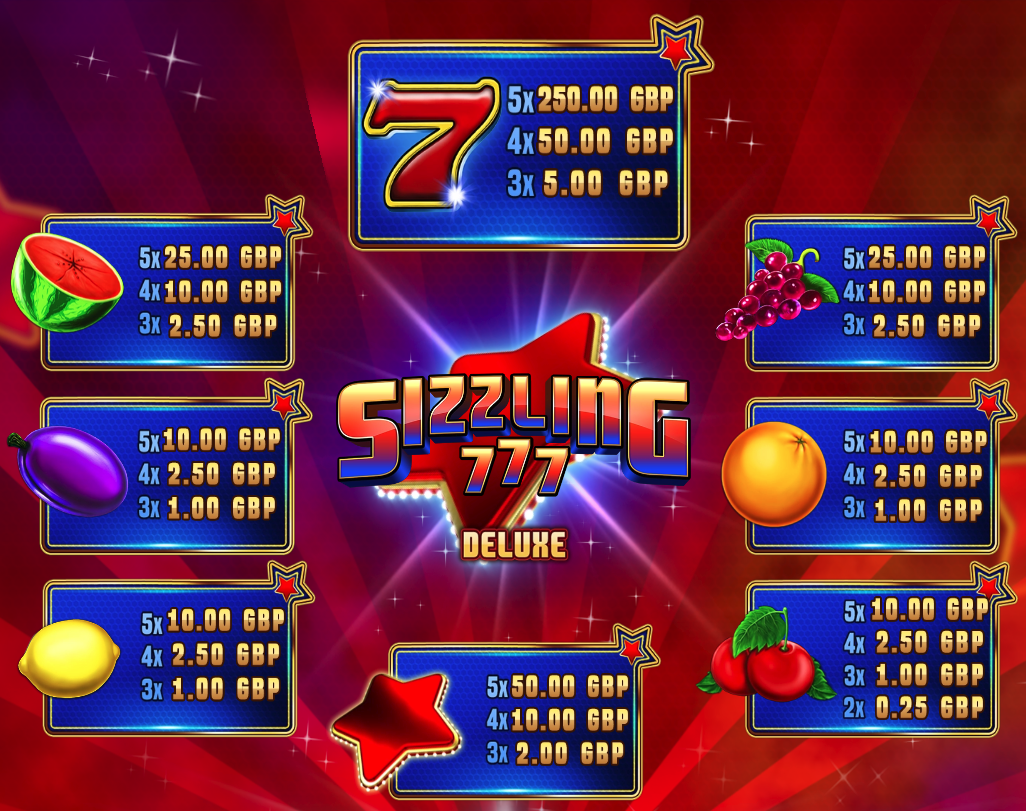 There’s a selection of sparkling fruit and traditional gameplay as the theme of this online slot machine from Wazdan – it’s called Sizzling 777 Deluxe and what it lacks in bonus features it makes up for in good looks and a big prize if you can land those high value sevens.

Sizzling 777 Deluxe is a five reel slot with three rows and twenty fixed paylines; it’s big, colourful game with those symbols spinning within a slim, gold frame against a sparkly red, constantly-moving backdrop while a high energy soundtrack accompanies the gameplay.

There are some familiar symbols here including those red sevens, red stars, watermelons, plums, lemons, bunches of grapes, oranges and cherries. There are no wild or special symbols in Sizzling 777 Deluxe but that red star is also a scatter symbol which will pay out for at least three anywhere in view. The most valuable is the red seven which is worth 50x the stake for five on an active payline.

That’s all there is to Sizzling 777 Deluxe but don’t be put off by the lack of free spins and bonus features – it’s a very high quality slot with some fantastic graphics and animations and a definite nod back to a simpler time.