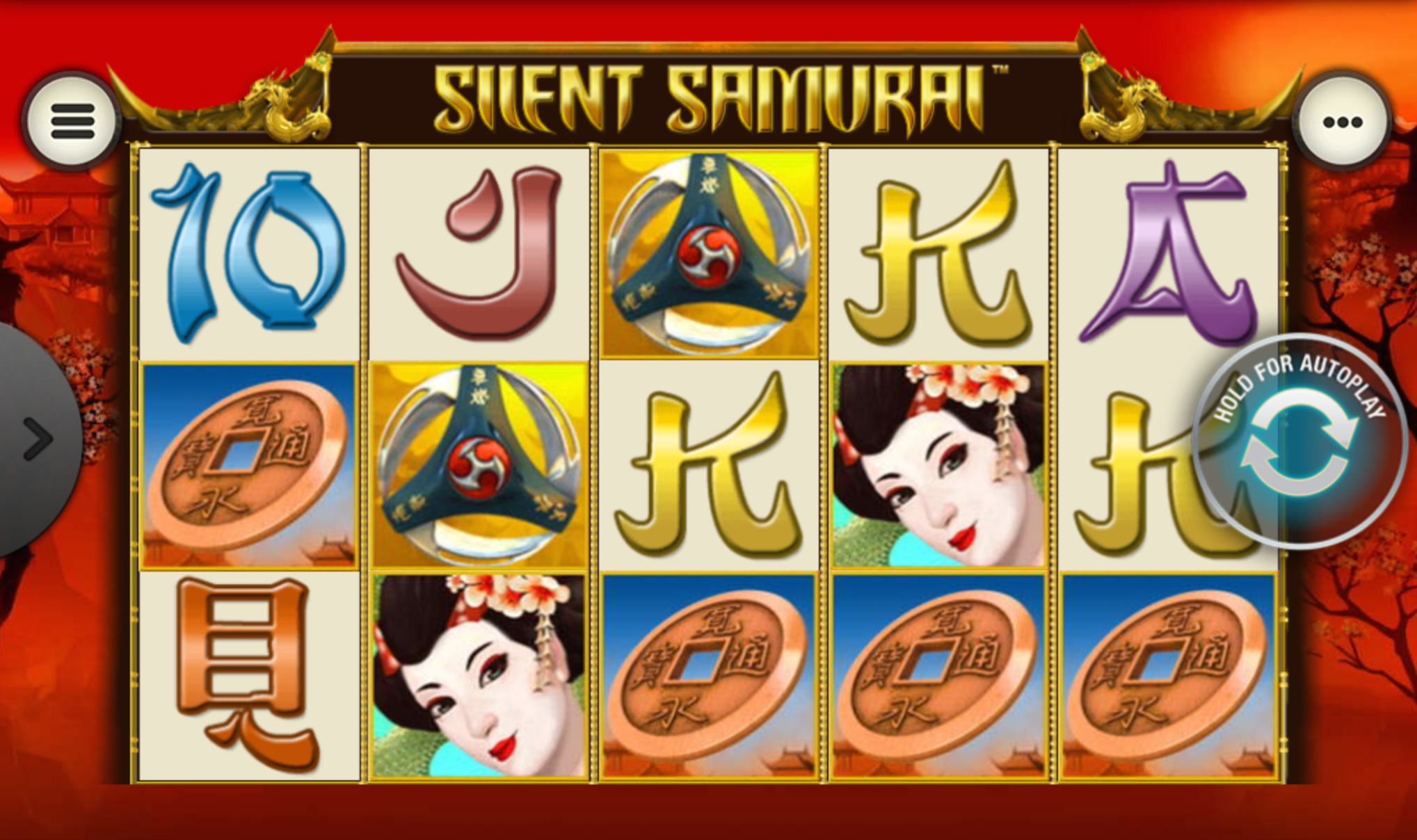 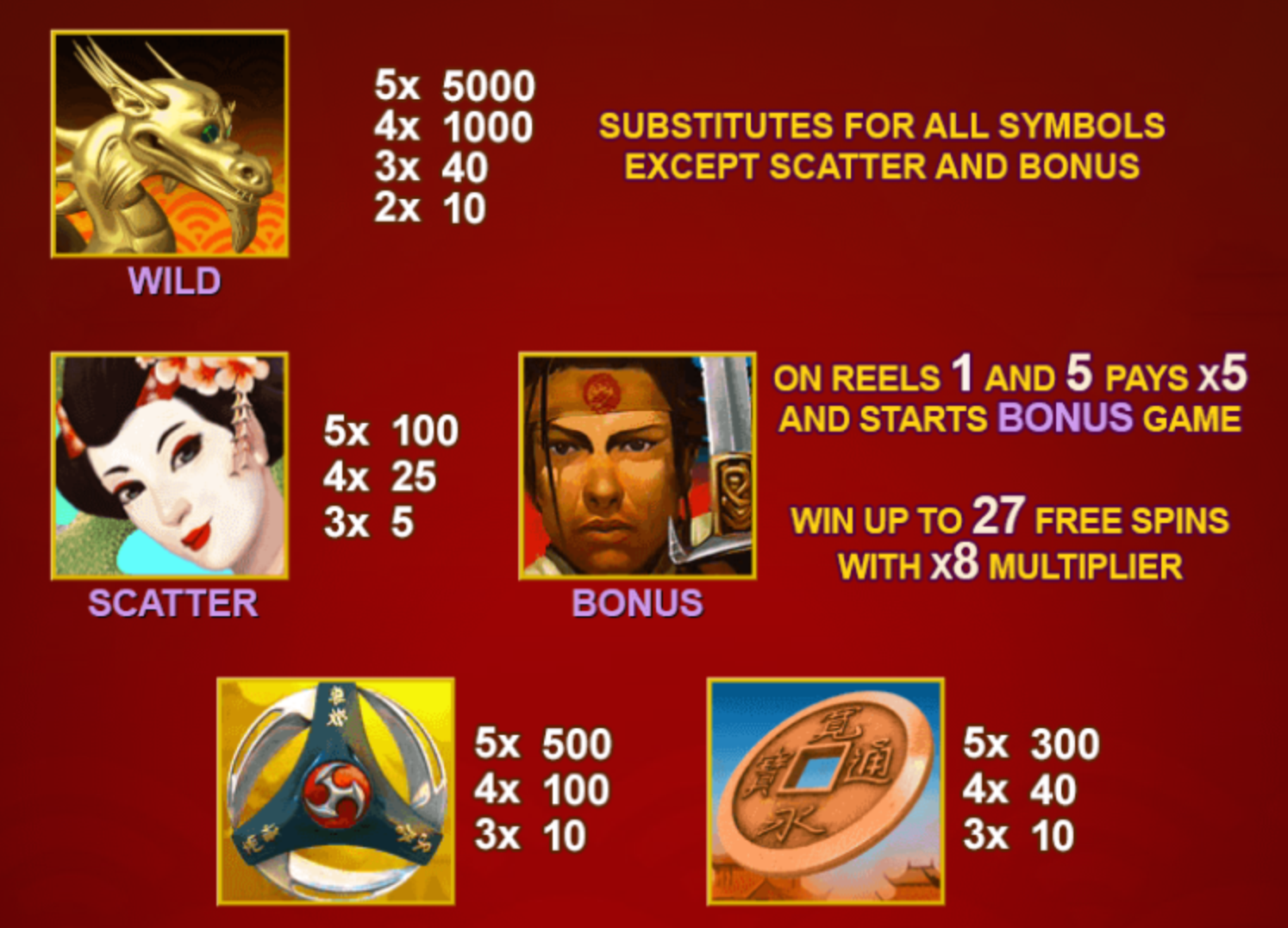 Silent Samurai is one of an increasing number of online slots designed only for use on mobile devices. You won’t find this oriental-themed game available to play on a desktop computer so you’ll have to fire up your smartphone or tablet if you want to check it out. Samurai were the militarised nobility of Japanese history and they surely would have been delighted to know they would one day be immortalised on a slot machine.

Silent Samurai is a five reel slot with three rows and up to nine paylines. Click the big arrow on the left of the screen to to alter the paylines and bet levels or use the menu icon in the top left for the paytable information. The backdrop to the reels is hazy red with blossoming trees and traditional buildings. 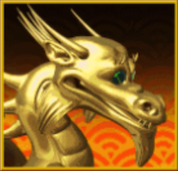 There are only two high value symbols – a Chinese dollar and a ninja star; lower values are 10, J, Q, K and A.

A golden dragon is the wild symbol and worth 5000x the line stake for five on an active payline; the bonus icon is the Samurai himself while there’s also a scatter represented by a geisha. The geisha is not a high payer but does not have to land on active paylines to win. 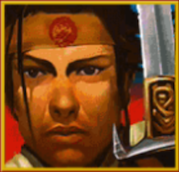 This is where the fun starts and there’s a maximum of 27 free spins available for the luckiest players. It’s triggered by landing the Samurai bonus symbol on reels one and five for which you will receive 5x the line stake. Now you must play a mini-game during which you need to hit ninjas; each one will award free spins or multipliers and a magic one will hit three extra ninjas.

When you hit the evil ninja, this round is over and the free spins will begin; more spins can be won during this stage by landing more Samurai.

Mobile slots tend to lack a little oomph compared to desktop versions but Silent Samurai is as good as most other comparable mobile slots. The bonus game is engaging once triggered and this should keep you entertained while waiting at the bus stop.