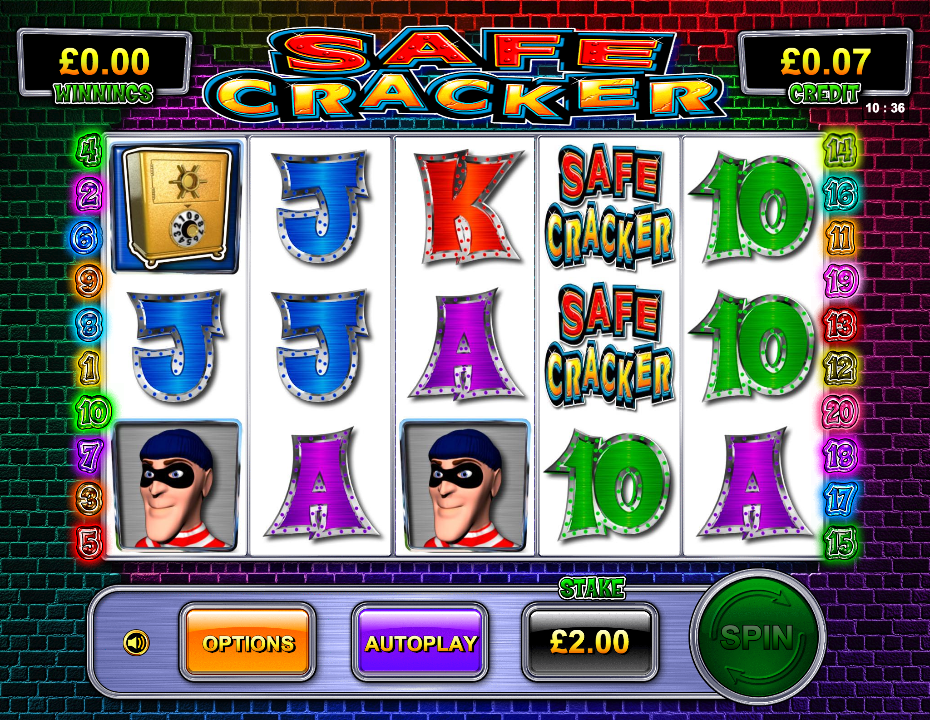 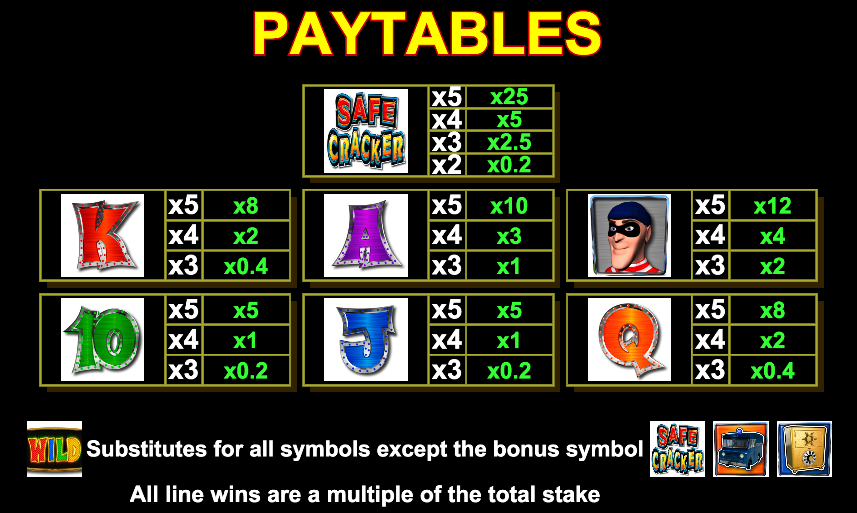 Do you have aspirations of being a burglar? Would you like to steal things which aren’t yours? If so you may well be interested in this crime-themed online slot from Inspired Gaming; it’s called Safe Cracker, it comes with three separate bonus features and you can read all about it here.

Safe Cracker is a five reel slot with three rows and twenty fixed paylines; there’s a colourful design to this game which sees the reels floating against a backdrop of a seemingly endless brick wall.

There are just two theme-related symbols – the Sae Cracker logo and the burglar – and these are complemented by the standard 10, J, Q, K and A.

The wild symbol is a multicolour ‘Wild’ which will replace all others to help form winning combos except for the bonus symbols – the van, the safe and the bag of cash.

Blow The Doors off

With a nod towards The Italian Job this round is triggered by landing three or more of the van symbols anywhere in view; all you have to do is pick one of those vans to reveal a cash prize relative to the number of triggering symbols.

Trigger this by landing three of the safe symbols on reels one, three and five; now pick numbers from the keypad to unlock a safe to reveal a cash prize.

This round is triggered by landing three or more of the bag of cash bonus symbols anywhere in view and you must now move along the path by pressing the ‘Start’ button; each position awards a multiplier of your total bet and if you land on the Mystery square you’ll be taken to court and let off (to continue the round) or locked up and it’s game over.

Safe Cracker is a cartoonishly entertaining slot with some fairly basic graphics but three bonus features to enjoy – it comes with an RTP of 95.00% and is not to be confused with Playtech’s three reel version.