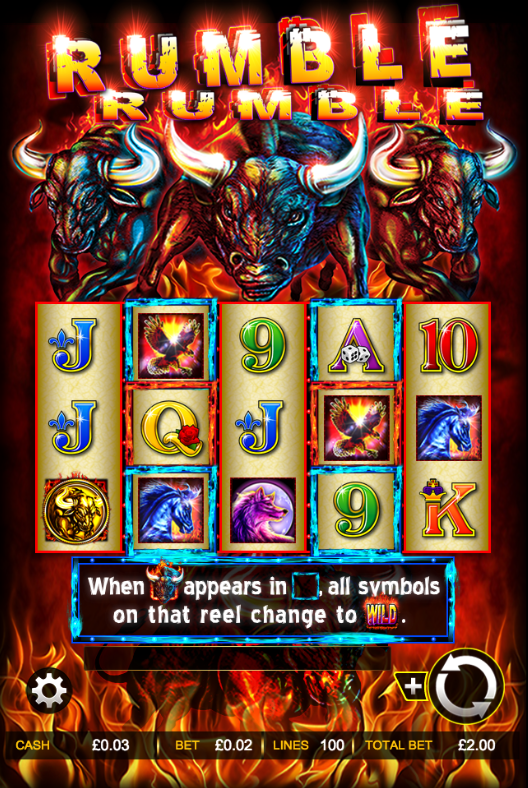 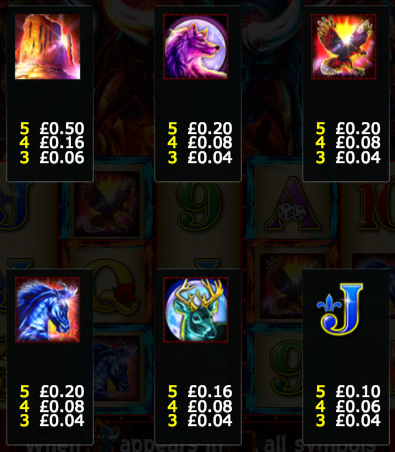 Can you hear that sound behind you? Well it might be better not to look round because all you’ll see is three flaming bulls running towards you with evil intent in their eyes; this slot is called Rumble Rumble and it’s developed by Ainsworth Gaming.

Rumble Rumble is a five reel slot with three rows and up to one hundred paylines; the vertical design of this game means that it suits a mobile device better but it works on desktop also. The reels spin in the middle of a maelstrom of bulls and flames and there are some traditional sound effects in contrast to that fire and fury.

This is triggered by landing three or more scattered coin symbols anywhere in view; the spins will now take place on a set of reels nine positions high. The Fire Bull and the Coin scatters only appear on the top three rows of each reel but landing three more scatters will award five more spins.

You may have noticed that reels two and four contain two positions each with blue borders and one with red borders:

Rumble Rumble may not have the graphical sophistication of most slots but it offers plenty of action on the reels and, in our experience, plenty of small wins. Give it a go but don’t hang around too long – it comes with an RTP of 94.08%.