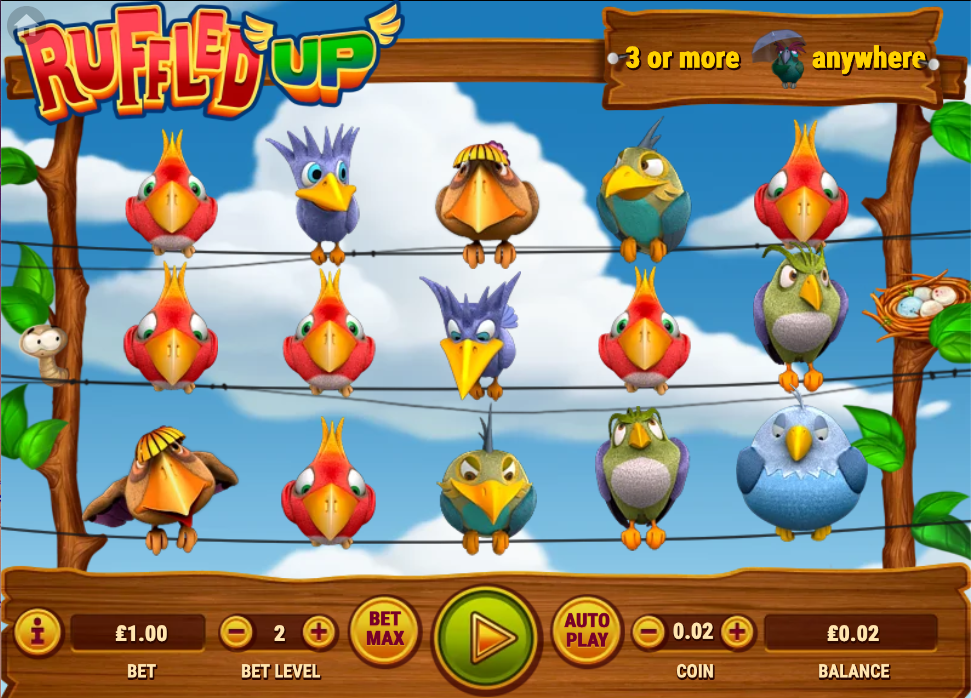 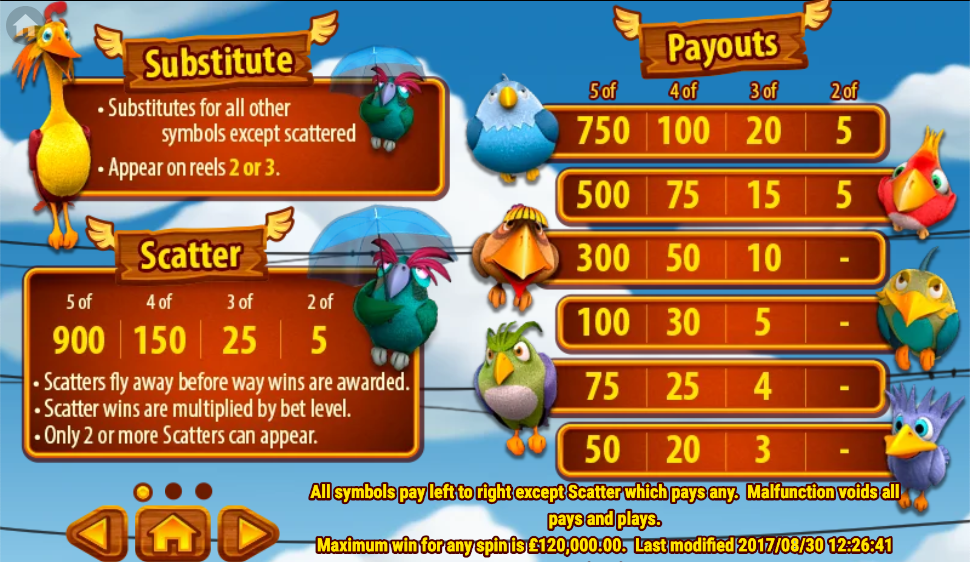 There’s no activity more popular for our feathered friends than to sit on telegraph wires and watch the world go by, occasionally rearranging themselves into patterns which might result in a nice win for anyone playing Ruffled Up, this online slot from Habanero Systems; read on to find out how it all works.

Ruffled Up is a five reel slot with three rows and 243 ways to win; the birds are the symbols and they fly onto wires/reels on each spin which are suspended between two trees. There’s a jaunty soundtrack with plenty of comedy sound effects and bird noises to keep things interesting.

The tall yellow bird is wild, he appears stacked on the reels and he’ll only appear on reels two and three in the base game, replacing all standard symbols to help form winning combinations. The scatter symbol is the bird with the umbrella and he’ll float onto the reels after the spin has ended, replacing the bird already in that particular spot.

At least two scatter symbols will always appear but if three, four or five do then you’ll be awarded 10, 15 or 20 free spins respectively; it’s not possible to trigger any more spins within this feature because the scatter symbol isn’t present but the wild will appear on reels one, two and three and you may also benefit from Lightning Strike wins which occur randoml and award individual payouts for each bird zapped.

We’ve seen this type of bird-themed gameplay before in slots such as Thunderkick’s Birds On A Wire but it’s still quite innovative and well executed; the bigger wins are in the free spins round but this is a game to observe and enjoy above all.