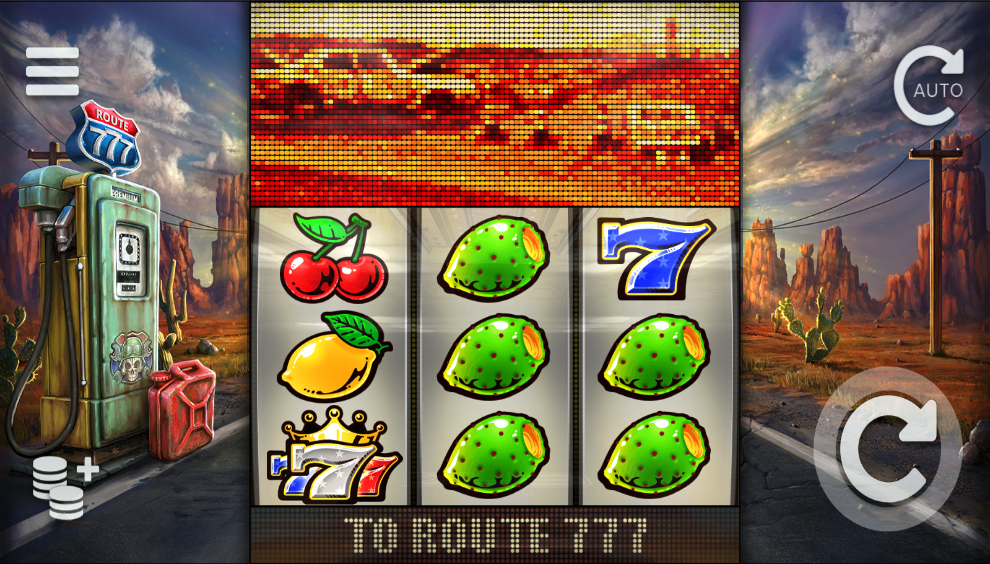 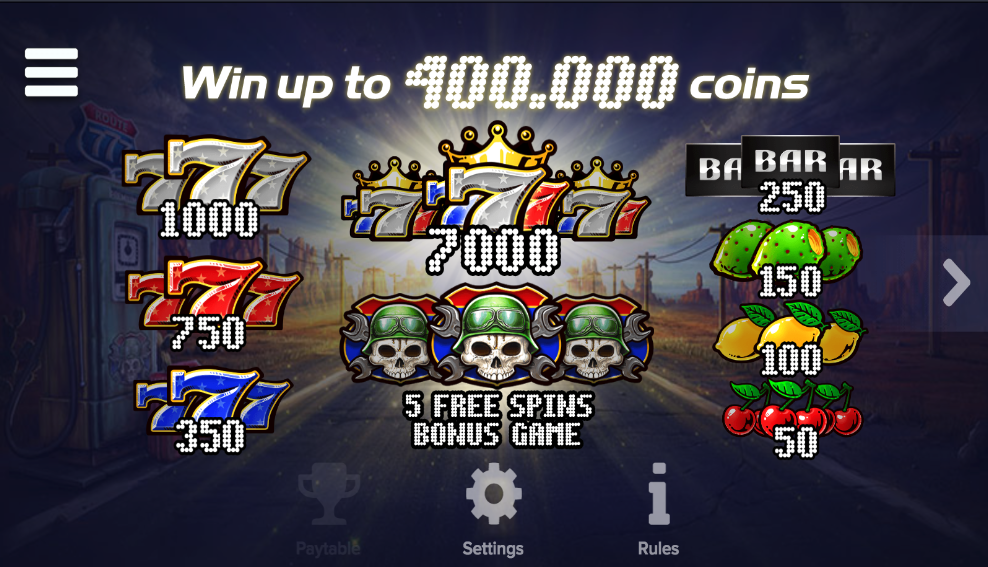 If your idea of an entertaining road trip is to fire up your Harley while wearing a vomit-soaked leather jacket then Route 777 may be right up your street; it’s an online slot developed by Elk Studios which follows our rider across a scorching landscape where free spins and bonus features are on offer.

Route 777 is a three reel slot with three rows and seventeen fixed paylines; there’s some pixellated images of desert desolation above the reels  while rock stacks, tarmac and a vintage petrol pump accessorise the backdrop.

The symbols are largely traditional and include silver, red and blue sevens, cherries, lemons, cacti (?) and a triple, multicoloured seven icon.

There’s no wild symbol in Route 777 but there is a helmeted skull which will activate the main feature.

This is triggered by landing a spin in which reels one and two are identical and you will now receive five free spins in which those first two reels will step down one place with each spin, offering the chance for some decent wins along the way.

Trigger this by landing three of the helmeted skulls anywhere in view for which you will receive an initial five five free spins. Landing two skulls during this round will award a random number of extra spins but landing three will activate the Fortune Wheel.

This is a Wheel of Fortune in which you collect red, blue, silver and multicolour sevens to work your way up a three rung ladder – once you reach the top the round is over and you receive the values you’ve reached so far; landing on a ‘Stop’ sign will also end the round and award those values.

You can see how this works in the video above and it also shows that it’s possible to move from the Overtake Respins into the Free Spins and then to the Fortune Wheel.

Route 777 is lots of fun and you don’t really need to be wearing a pukey biker jacket to play it; the features seem easy to trigger, there are some traditional slots sounds to accompany your gameplay and an RTP of 96.30%.