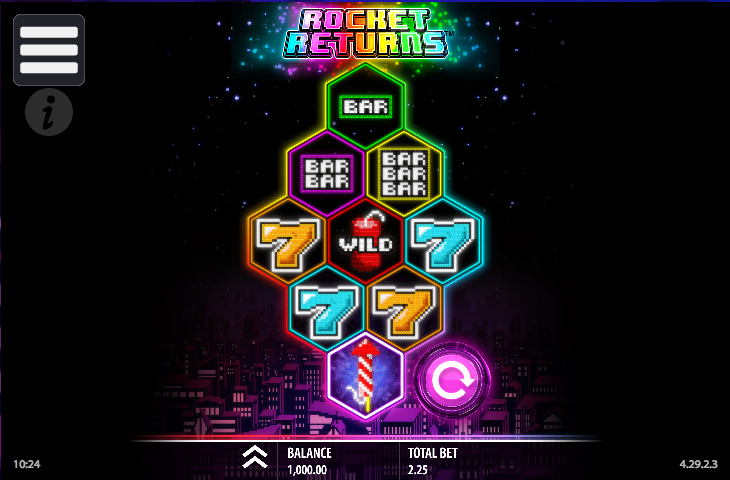 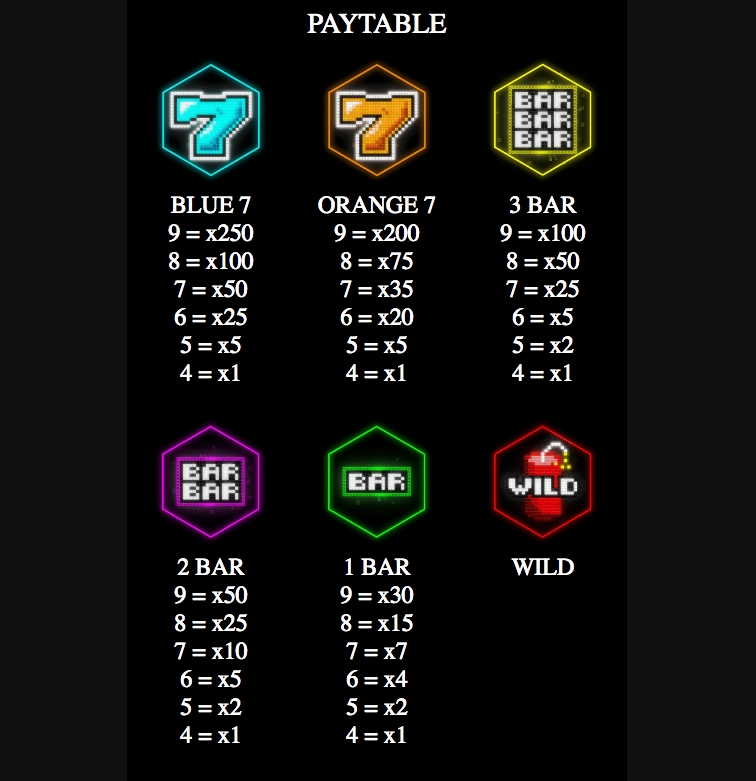 If you’ve got a few minutes to spare and would like to try out a game that’s small in stature but big on character and features then you could do worse than check out this online slot from SG Interactive/WMS Gaming. It’s called Rocket Returns and we’d put this firmly in the ‘arcade’ category – you can read all about it below.

Rocket Returns is a nine reel slot with the reel structure that you can see in the screenshot above; it’s all about pixels and fireworks and in the background there’s a constant display of colourful lights over a city at night. Winning combos are formed when there at least four adjoining symbols on the reels.

There are five base game symbol including blue/orange sevens and green/purple/yellow bars.

The wild symbol is a stick of dynamite and it will substitute for all others except the bonus icon; additionally it will apply a random multiplier of up to 3x to any wins to which it contributes. The bonus symbol is a firework which appears only on reels 1, 5 and 9 – that’s the top, middle and bottom positions.

This is triggered by landing three of the firework symbols on positions 1, 5 and 9 and for this you will initially receive five free spins. This may seem a little ungenerous but more can be won by landing the following:

The wild multiplier is active here also but now it has a maximum multiplier of 5x your win.

Rocket Returns is a very cute little game which is definitely worth checking out – it’s looks small but it doesn’t lack features and the pixellated graphics give it some real character.