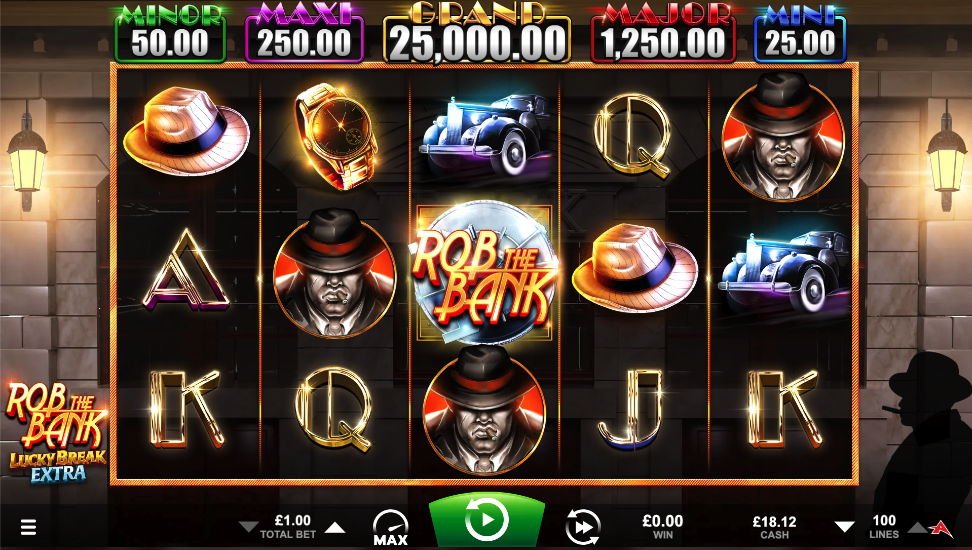 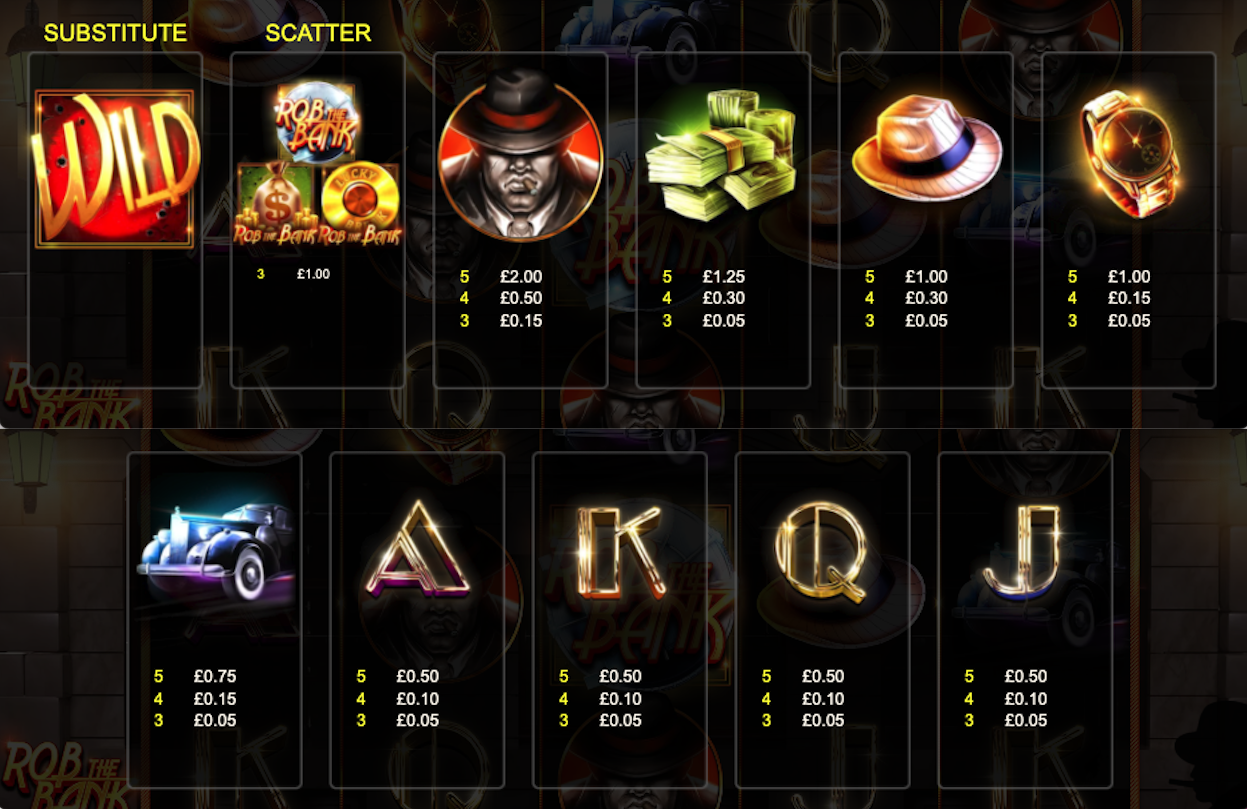 It’s the 1930s and in a gloomy Chicago street there’s a heist being planned by a selection of underworld characters; the scene is set for Rob The Bank, this online slot from Ainsworth Gaming which comes with mixed symbol wins, Lucky Break free spins and the Bank feature.

Rob The Bank is a five reel slot with three rows and one hundred paylines; behind those reels the silhouetted gangster stands in front of the sandstone blocks of the city bank.

High value symbols include the gangster, the stack of bank notes, the hat, the watch and the car; Art Deco J, Q, K and A are the lower values. The golden ‘Wild’ is wild and there are three scatters – the logo, the loot bag and the golden disk. Those scatter symbols will also pay out as mixed symbols if three different ones land on the reels.

This is triggered by landing two of the logos and one golden disk scatter symbol on reels two, three and four; three random positions will acquire rings and you’ll receive six free spins.

During this round the golden disk always displays a multiplier prize of up to 50x or one of the five jackpot prizes (Mini, Minor, Maxi, Major & Grand) – if this symbol lands within a ring then that prize is awarded. The rings move to new, random positions on each spin.

If an ‘Extra Break’ symbol lands in a ring then another ring is added – if two land in rings then an extra free spins is awarded.

Landing two logos and one loot bag on reels two, three and four will trigger this feature; spins will now commence on three reels and award the multiplier prizes which appear one each loot bag. The spins end when the red symbol was landed once on all three reels, shutting them down.

Rob The Bank is a crime-themed video slot from Ainsworth Gaming with five reels and one hundred paylines.

The Return To Player percentage for Rob The Bank is 96.16%.

How To Win On Rob The Bank?

Where can I play Rob The Bank?