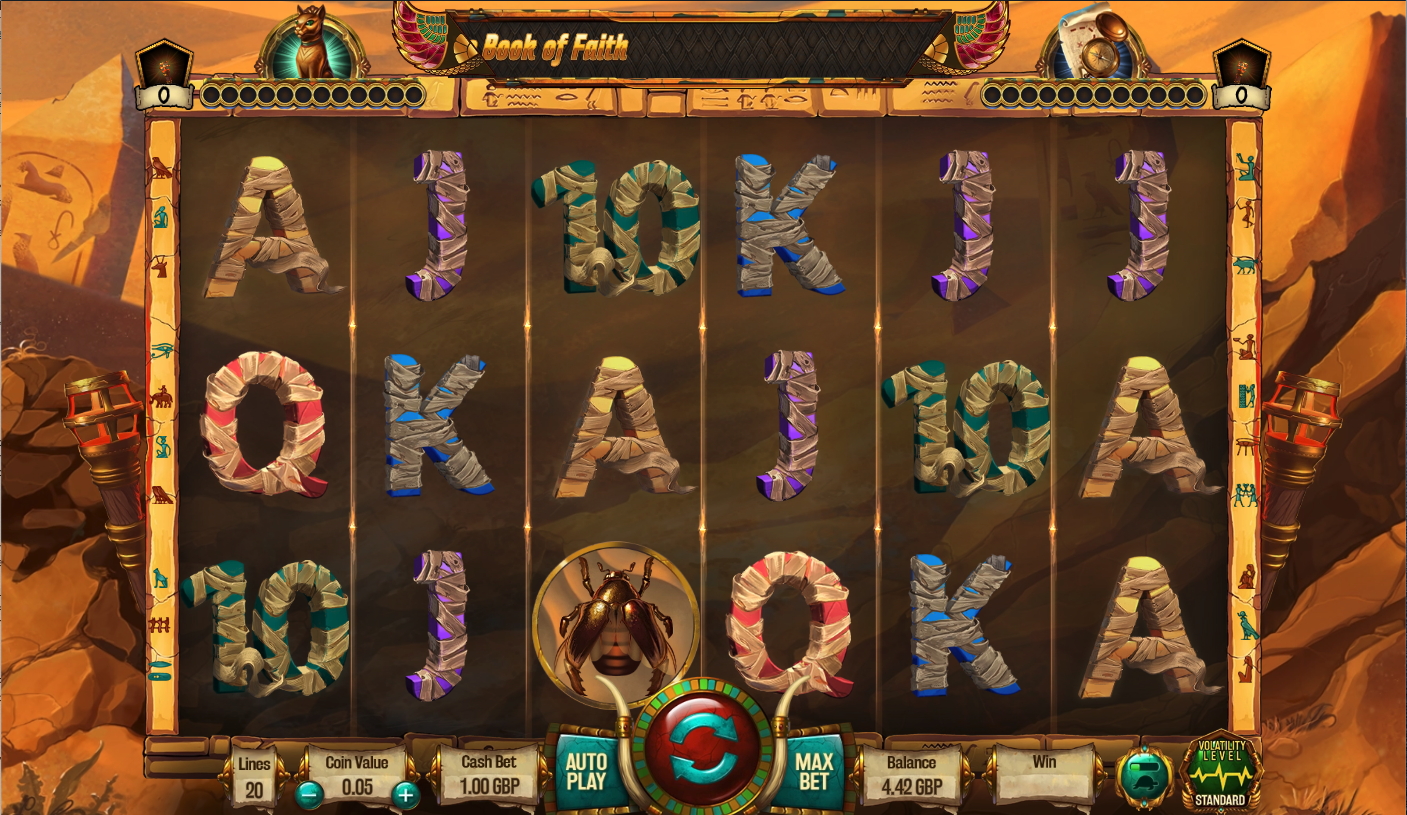 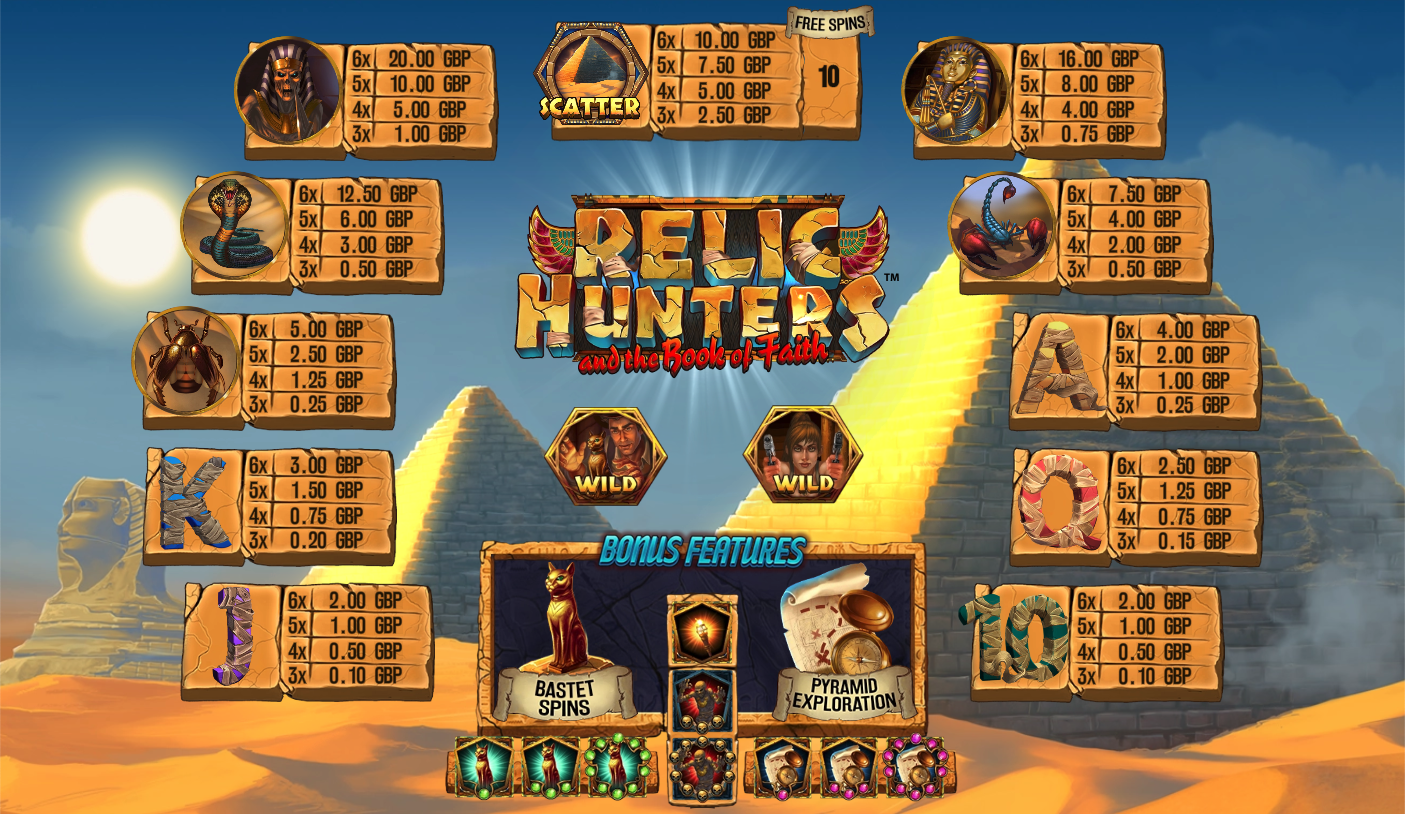 An archeological trip to Egypt is the story behind this online slot machine from Wazdan; it’s called Relic Hunters and the Book of Faith and via the efforts of its two grave-robbing protagonists there are chances to win free spins, Bastet spins and the Pyramid Exploration bonus among other features.

Relic Hunters and the Book of Faith is a six reel slot with three rows and twenty fixed paylines; hieroglyphics line both sides of those reels but also look out for the meters at the top in which specific symbols are collected – these are all part of the main features.

The high value symbols are Bastet, the sarcophagus, the serpent, the scorpion and the scarab beetle while 10, J, Q, K and A wrapped in bandages make up the lower values. The two wild symbols are the male and female explorers and the scatter is the pyramid.

Relic Hunters and the Book of Faith Bonus Features

The two meter areas above the reels are continually filled up and then drained – the cat statue increases the one on the left by 1, 3 or 1o gems and map/compass increases the one on the right by a similar amount. These gems contribute to their own features. A mummy landing on reels one, two or three will remove 3 or 10 gems from the left meter and a mummy on reels four, five or six will remove 3 or 10 from the right. 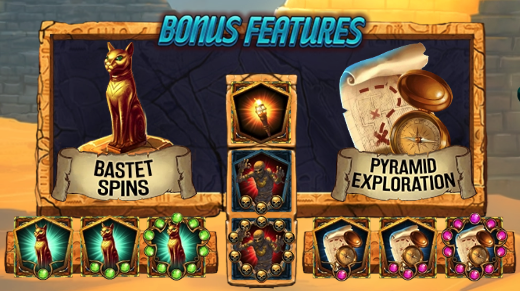 Filling the right hand meter plus three more gems will award a four level picking round in which there are cash prizes, level-ups and multipliers to be won.

Landing at least three of the pyramid scatter symbols anywhere in view will award ten free spins which can’t be retriggered. One symbol will be picked at random before the spins start and if at least three land it will expand to fill all positions on its reel and pay out as a normal payline.

Relic Hunters and the Book of Faith is a slot with a long title and some complex features but it will all become clear when you actually play the game; the meter features especially keep things interesting but the big wins are in the free spins.