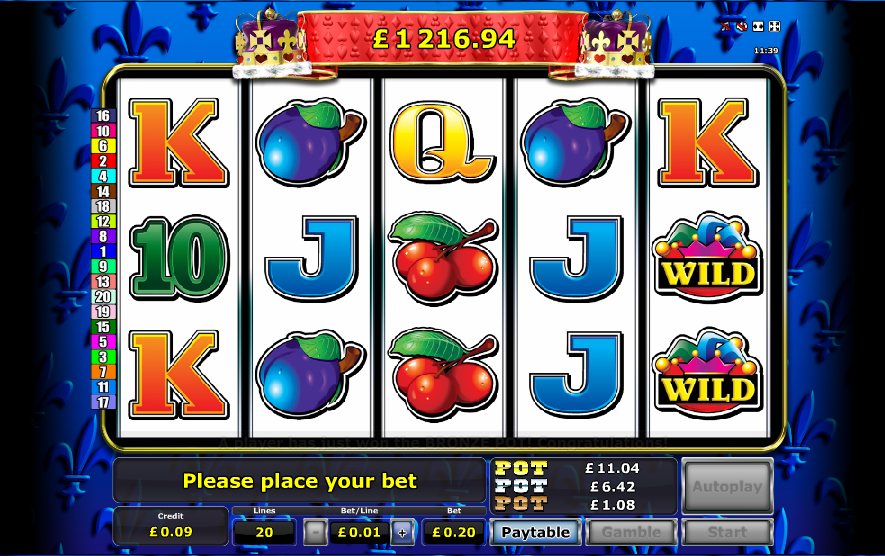 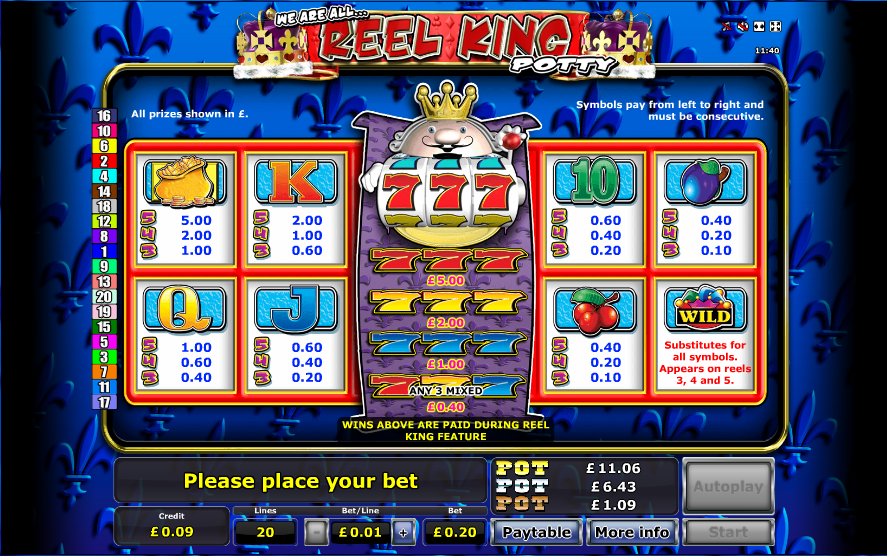 Reel King Potty is a sequel to the original Reel King online slot and if you’re wondering about the strange name you’ll be relieved to know that the ‘Potty’ part refers to the progressive jackpot which comes along with this Novomatic release, rather than anything more puerile – anyway you can find out how it all works below.

Reel King Potty is a five reel slot with three rows and twenty fixed paylines; it’s similar in design to the original game with it’s colourful symbols spinning on gold-rimmed reels but this time there’s a progressive jackpot total displayed above the reels.

There’s a traditional range of symbols on show here and they include bags of gold, plums, cherries and then 10, J, Q and K.

The wild symbol is a jester’s hat which appears only on reels three, four and five but will substitute for all others to form winning combos. 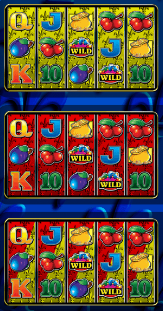 Randomly the reels will stop spinning with a red background, a yellow background or a mixture of both and if all reels are of the same colour then the following features will be triggered:

Reel King Potty is a nice improvement on the original with a range of features added and of course the progressive jackpot; the graphics may not exactly be state of the art but it’s worth checking out and it comes with an RTP of 95.00%.