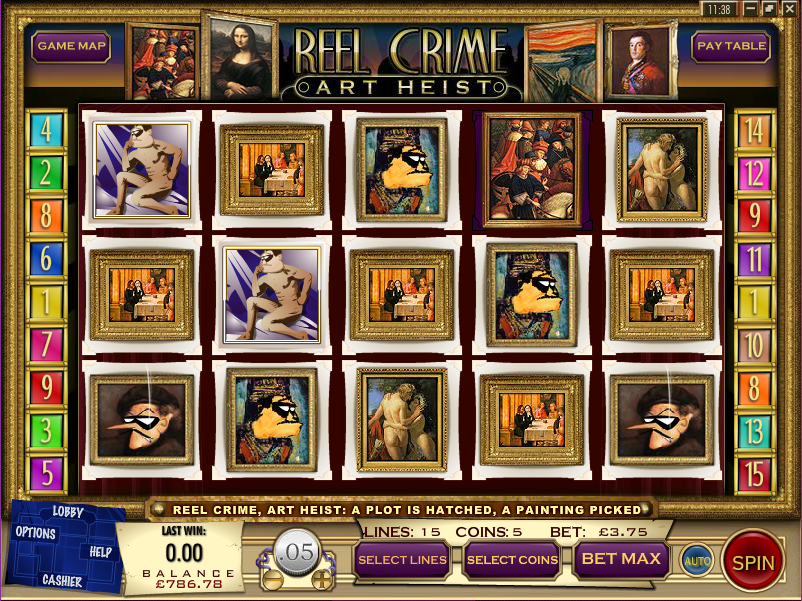 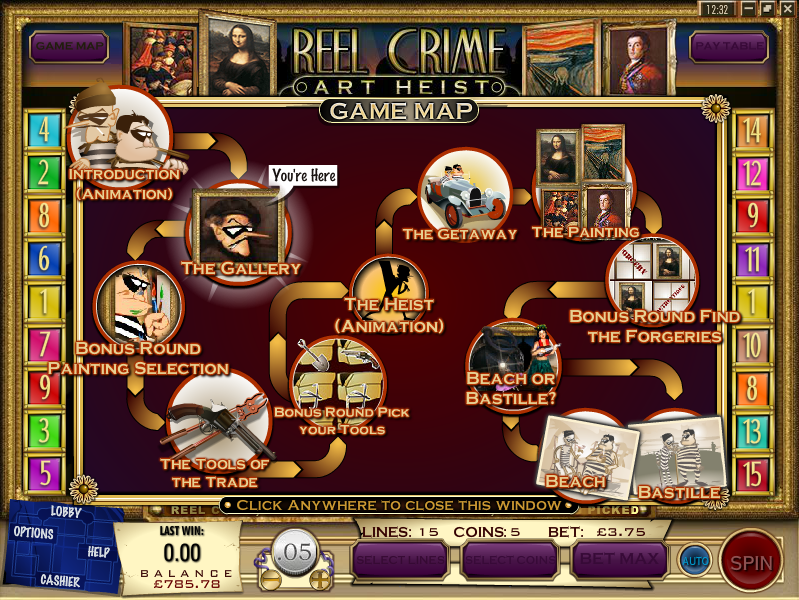 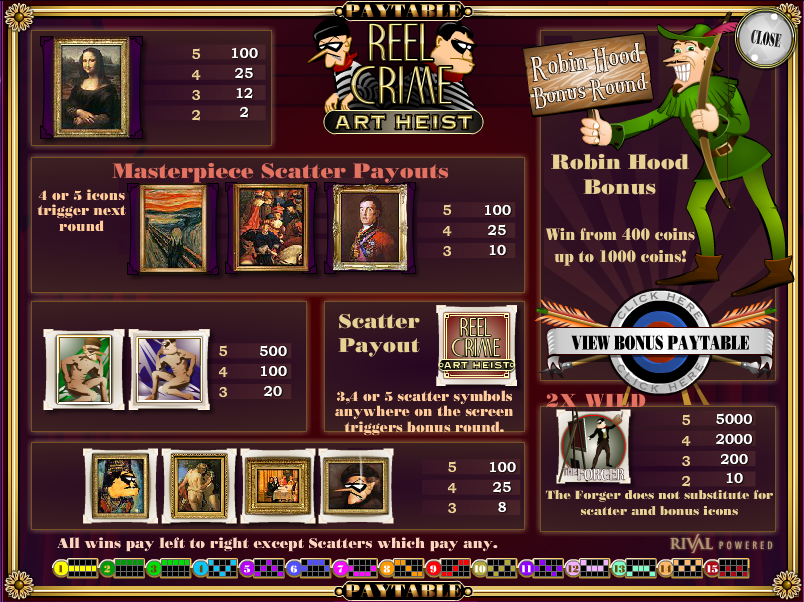 If you’ve played Reel Crime: Bank Heist then you’ll already have an idea of what to expect from this sequel. It’s called Reel Crime: Art Heist and while there’s no narrative connection with the original, it’s all based on stealing stuff and running away with it in a complex series of bonus rounds. It’s one of Rival Gaming’s i-Slots range which tend to contain added extras for your enjoyment.

Reel Crime: Art Heist is a five reel and fifteen payline game with a wide range of works of art on show from Edvard Munch’s ‘The Scream’ to Leonardo de Vinci’s ‘Mona Lisa’. Some of these paintings include the heads of the thieves superimposed on them. Remy and Raoul are the two thieves trying to get rich/

The Reel Crime: Art Heist logo is the scatter symbol which activates the main feature but there are three other Masterpiece scatters which pay out on their own. The Forger is the wild symbol.

When you begin playing you are trying to activate ‘The Plan’ which is the first stage of the feature; the full list of games is as follows:

To avoid a vast article we’ll just explain Round 1 here (the others are available in the game’s Paytable) and here all you have to do is pick boxes to find the Masterpiece. Your prize is reduced with each pick so if you’re lucky you will find it sooner rather than later.

When gameplay begins again you must now make a winning combo of at least four Masterpiece symbols to progress to the next stage.

These are randomly awarded extras which can be won at any time although you must be playing maximum coins and paylines to trigger them. Loads of little mini-games can be activated from here and the most lucrative will reward you with a 1000 coin prize.

There’s loads to this game so it’s best to just dive in and start playing; we like the graphics, animations and background music and we also like the high RTP of 97.03%.