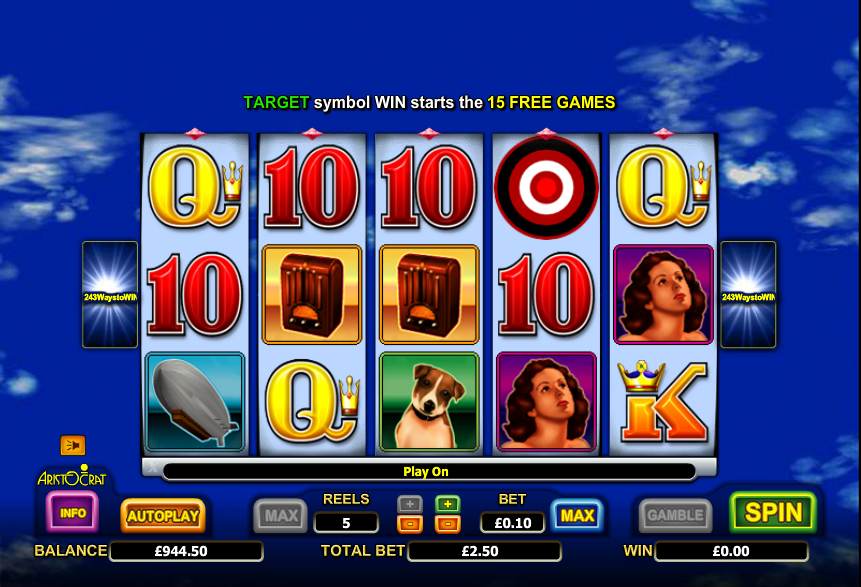 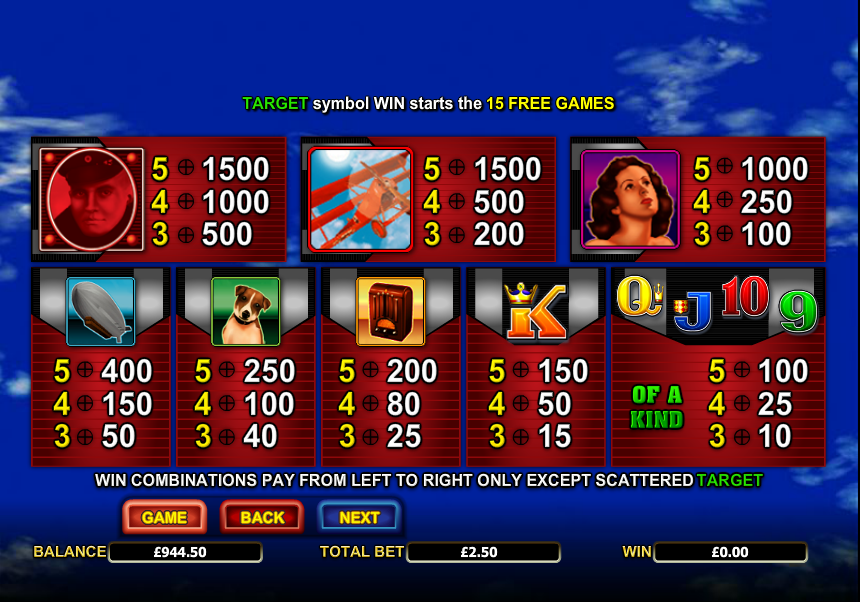 Manfred von Richthofen was the real name of the legendary World War I fighter pilot known as the Red Baron. He is credited with 80 air combat victories and so arguably deserves his own online slot machine. Aristocrat Leisure have come to the rescue so read on to find out more about this Great War-themed release.

Red Baron is a five reel slot with three rows and up to 243 paylines; a blue sky forms the backdrop to the reels and this of course is where all the dogfight action takes place. The base game sound effects are a bit basic and don’t really reflect the action.

There’s a range of contemporary symbols including a radio, a dog, a Zeppelin, a girl, the Red Baron’s plane and Manfred himself. 9, 10, J, Q and K represent the lower values.

This feature is triggered by landing three of the target scatter symbols anywhere on reels two, three and four. You will receive 15 free spins but to begin with you can estimate the number of planes which will appear on the reels in this round. You cam choose from the following and the prize is a multiplier of the total bet:

The spins will then start and hopefully you will collect at least the number of planes selected. Any wins with a wild involved will be multiplied by 2x, 3x or 5x.

Any win can be gambled by clicking the ‘Gamble’ button below the reels; try and double or quadruple that win by guessing the colour or suit of the next card drawn. There’s a maximum of five correct guesses.

We’ve had success choosing 8 and 12 planes in the bonus round but go for more of you’re feeling confident.

Avoid the gamble feature – it’s the swift way to deplete your bankroll.

It’s a bit basic but we like Red Baron – the bonus feature is the main draw and money spinner but it’s all pretty enjoyable. Unfortunately the RTP is not listed.