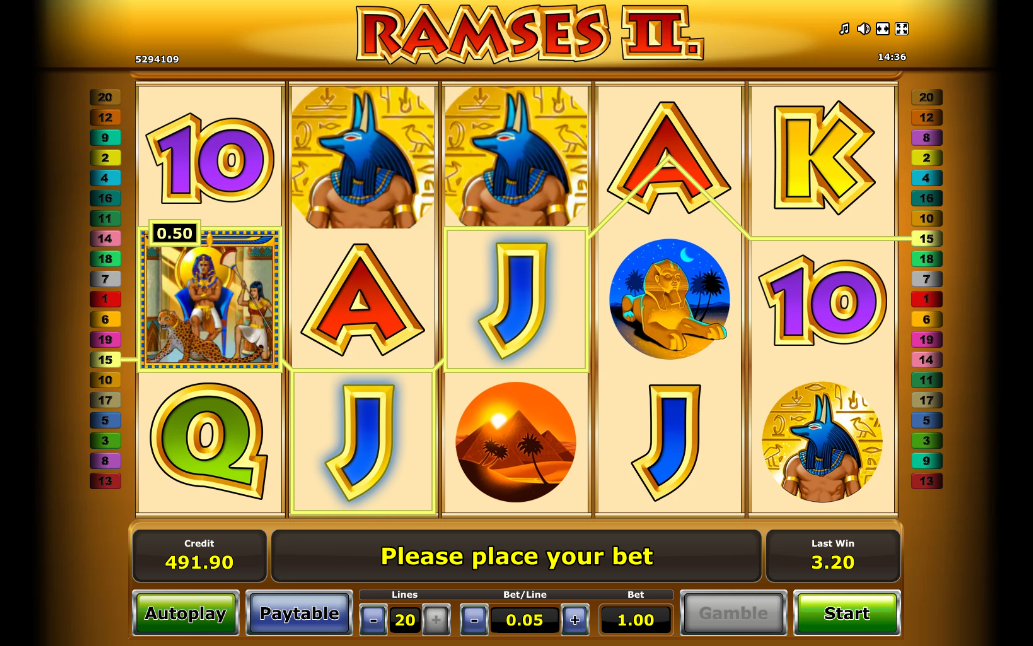 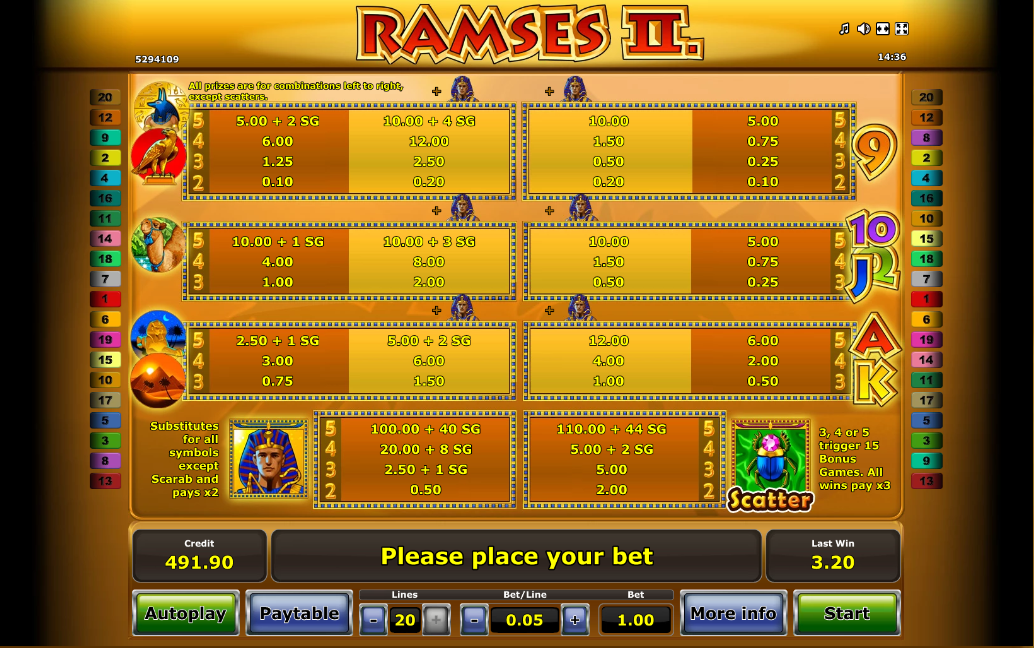 Online slots fans will of course know that Ramses 2 (or II) was in fact a real pharaoh in Egypt about 2000 years ago and they will also therefore know that this game in not a sequel, it’s just named after our long dead title character. Ramses 2 is developed by Novomatic, it comes with some free spins plus a chance to gamble your winnings & you can read all about it here.

Ramses 2 is a five reel slot with three rows and up to twenty paylines; the design is simple and one could argue that it’s recognisably a Novomatic game with functional reels sitting against a plain background.

There are a familiar range of high value symbols on display including the Sphinx, the pyramids, a camel (perhaps not so familiar) and representations of two Egyptian gods; 9, 10, J, Q, K and A make up the lower values.

Ramses 2 is the wild symbol and he’ll substitute for all others except the scarab scatter icon; he will also multiply any winnings he’s involved in by 2x.

This is triggered by landing three or more of the scarab scatter symbols anywhere in view for which you will receive fifteen free spins; all wins during this round will be multiplied by 3x and it’s possible to trigger more spins by landing three more scarabs.

Each win can be gambled by clicking the ‘Gamble’ button below the reels and you will now get to a play  a random ‘stepper’ game in which you can try and climb the ladder, doubling your prize each time; get it wrong though and you’ll lose it all.

Ramses 2 is a rather run-of-the-mill slot with pretty basic graphics and animations; check it out if you like but there are better Egyptian-themed games out there – in fact Novomatic have developed better themselves including Book of Ra Deluxe and Book of Ra Deluxe 6.