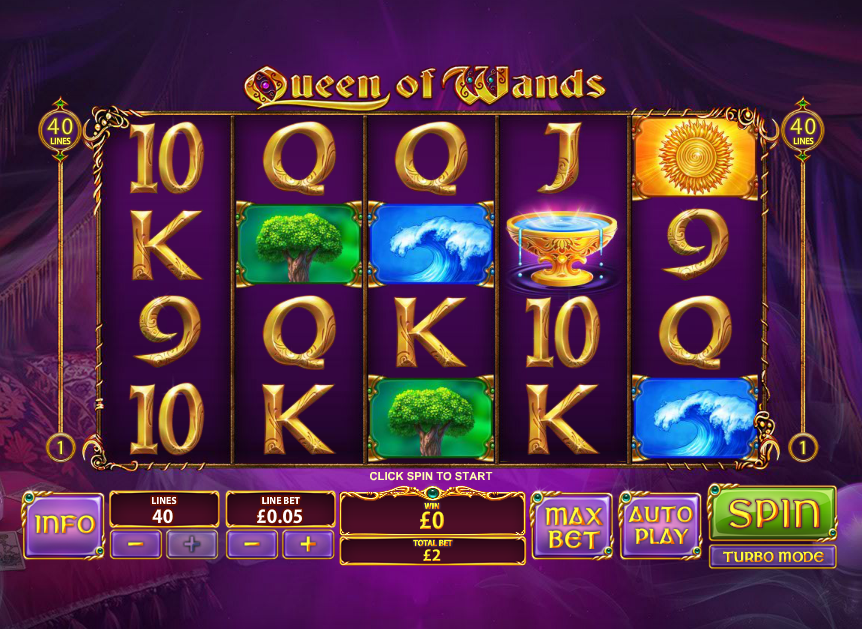 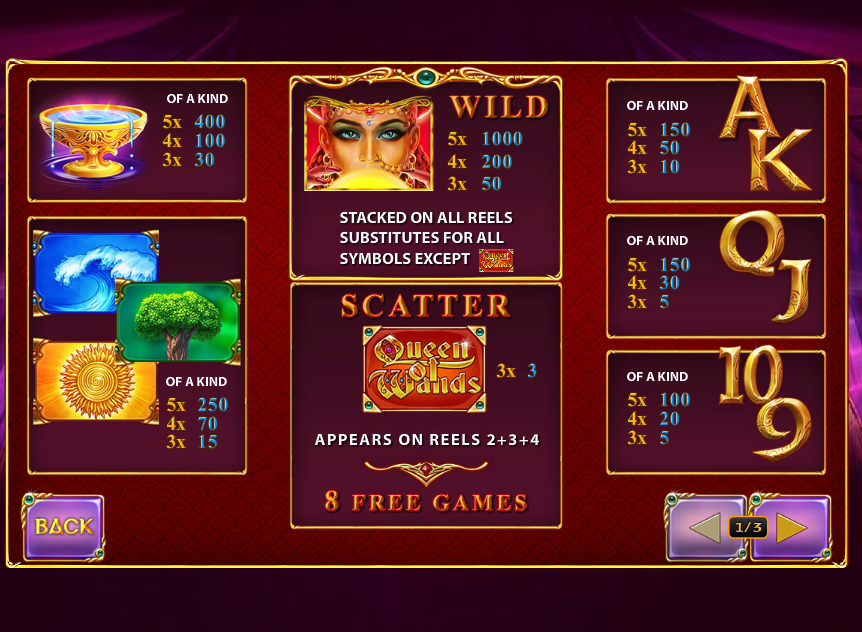 Queens of various objects and places appear regularly as the themes of online slot machines so it’s no surprise to see another turn up at one of our favourite casinos. This time we’ll be spinning the reels on a game called Queen Of Wands, it’s developed by Playtech and it comes with a free spins feature which can be repeated indefinitely.

Queen Of Wands is a five reel slot with three rows and up to forty paylines; the theme seems a bit mystical and the ornate gold-rimmed reels spin against a hazy purple backdrop which looks like the interior of a plush tent, perhaps in some desert location.

There are four high value symbols including a goblet of water, a breaking wave, a tree and a stylised sun; lower values are the standard 9, 10, J, Q, K and A.

The queen herself is the wild symbols and she can appear stacked on all reels for that extra winning potential; she will substitute for all others except the scatter – that’s the Queen Of Wands logo, it appears only on reels two, three and four and it’s the key to the main feature.

This is triggered by landing three of the Queen Of Wands scatter symbols anywhere on reels two, three and four; you will now receive eight free spins and while there is no multiplier for your wins, you can trigger more spins indefinitely by landing more scatter symbol (more appear on the reels during this round).

Queen Of Wands is a relatively simple slot but there’s nothing wrong with that – it plays smoothly, it looks good and it comes with an RTP of 96.96%.