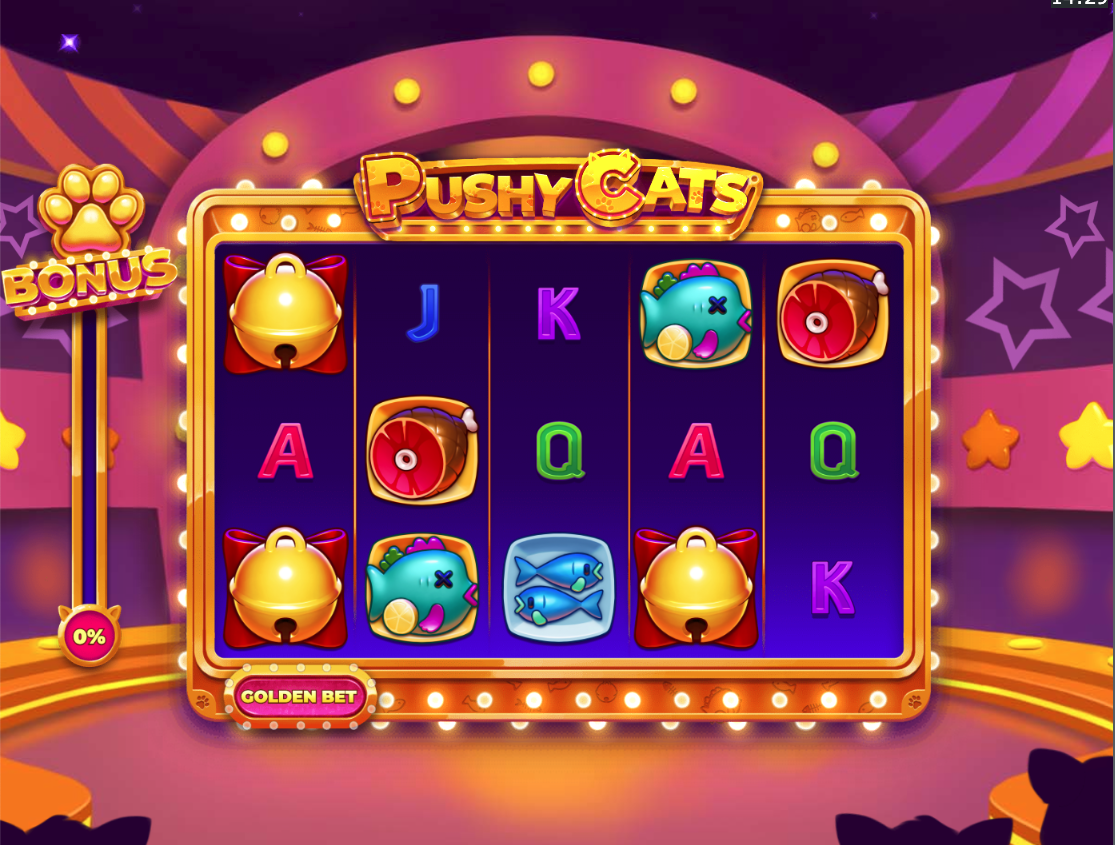 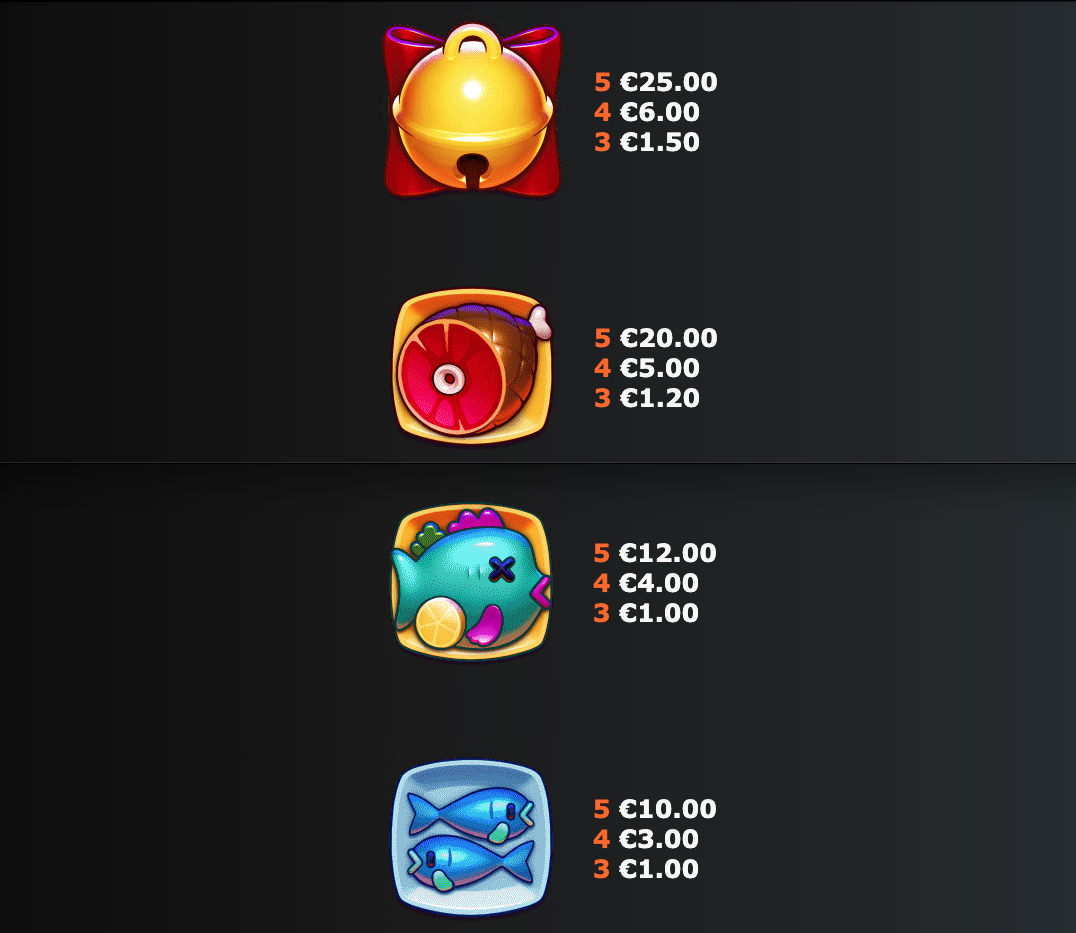 The theme of this online slot from Yggdrasil’s Gaming is our favourite furry, feline friends and their treats and lifestyle choices – it’s called Pushy Cats and it promises Sticky Wild Respins and a clever free spins round for the luckier players.

Pushy Cats is a five reel slot with three rows and twenty fixed paylines; those reels are surrounded with gold and bright lights and the backdrop is some sort of stage with a lively kitty audience.

High value symbols include the cat bell, the leg of ham, the tasty single fish and the pair of fish; J, Q, K and A make up the lower values; the purple cat is the wild symbol.

Any wild symbol landing in view will activate this mini-feature and it’s fairly simple – that wild hillock in place and the reels will spin again, hopefully resulting in a win. Any new wilds will award another respin.

Trigger this by landing three wild symbols in the base game or during the Sticky Wild Respins – there are now various levels to play between and four and this is determined at random before the round starts. You’ll also be able to gamble the original selection for a better one but a loss will end the feature.

It’s also possible to activate this feature by collecting ten paws during gameplay which will fill up the meter on the left hand side.

The number of spins are unlimited but the reel area is surrounded by positions which contain various bumper positions; the wild cats which triggered the feature ‘walk’ around the reels during the spins and occasionally drop into these positions – once all wilds have dropped into ‘vortex’ positions the round ends. The positions are as follows:

Level One of this feature starts with lots of vortex bumper positions but the higher levels have fewer vortexes and more of the other bumpers for higher winning potential.

Use the Golden Bet button to increase your stake by 50% and double the chance to trigger this feature.