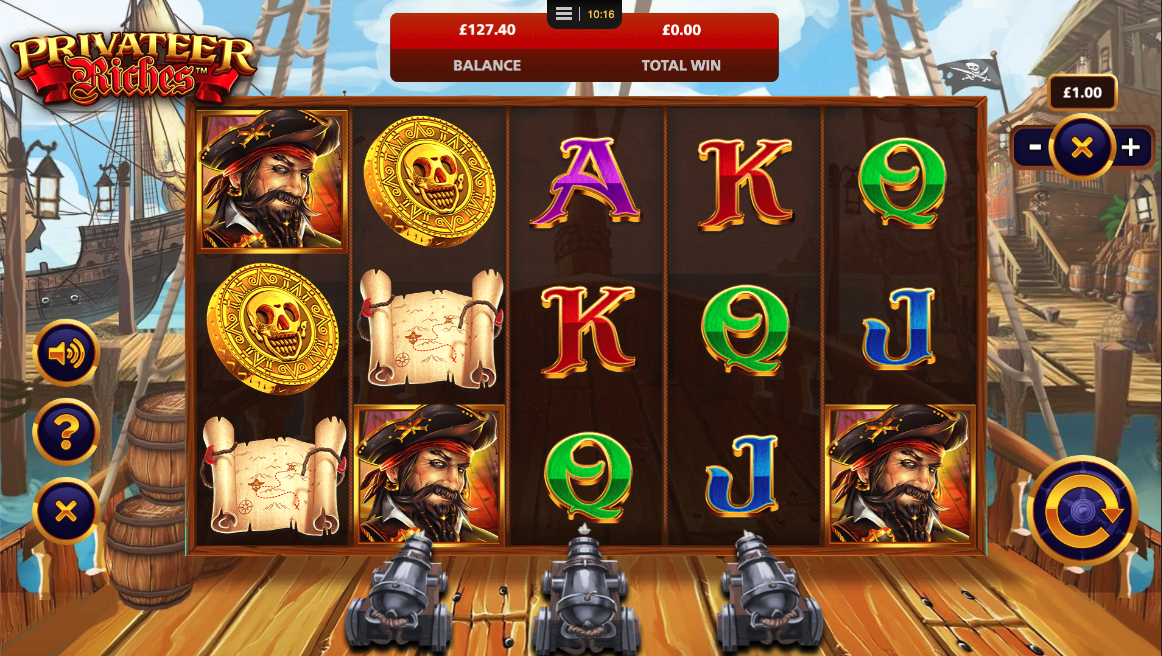 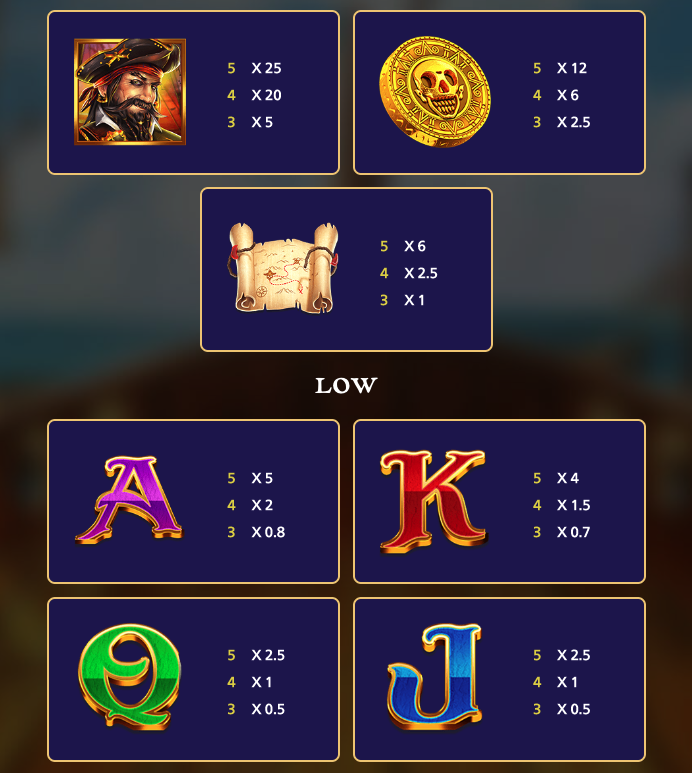 The dividing line between a privateer and a pirate was a very thin one back in the dangerous days of theft and murder on the high seas and here we have an online slot from Scientific Games which tells the story of the former – it’s called Privateer Riches and it gives players the chance to win wild reels and free spins from the Captain’s Wheel.

Privateer Riches is a five reel slot with ten paylines and the action takes place on the deck of this pirate ship which sees to be approaching the dock of some lawless Caribbean island.

High value symbols are the pirate/privateer captain (looking a little like Edward Teach), the gold doubloon and the treasure map while J, Q, K and A are the lower values. The wild can appear stacked on reels two, three and four and there’s also a chance it will lock in place for the subsequent spin. The ship’s wheel is the the scatter symbol.

This is triggered by landing ship’s wheels on reels one and five and you’ll get one spin of the prize wheel which will result in a number of spins between eight and fifteen and a win multiplier of up to 3x.

The pirate captain will then offer a cash prize in exchange for your spins and interestingly the developers offers the following advice when this happens:

If you decide to stick with the free spins then you’ll see more wild reels appear during this feature.