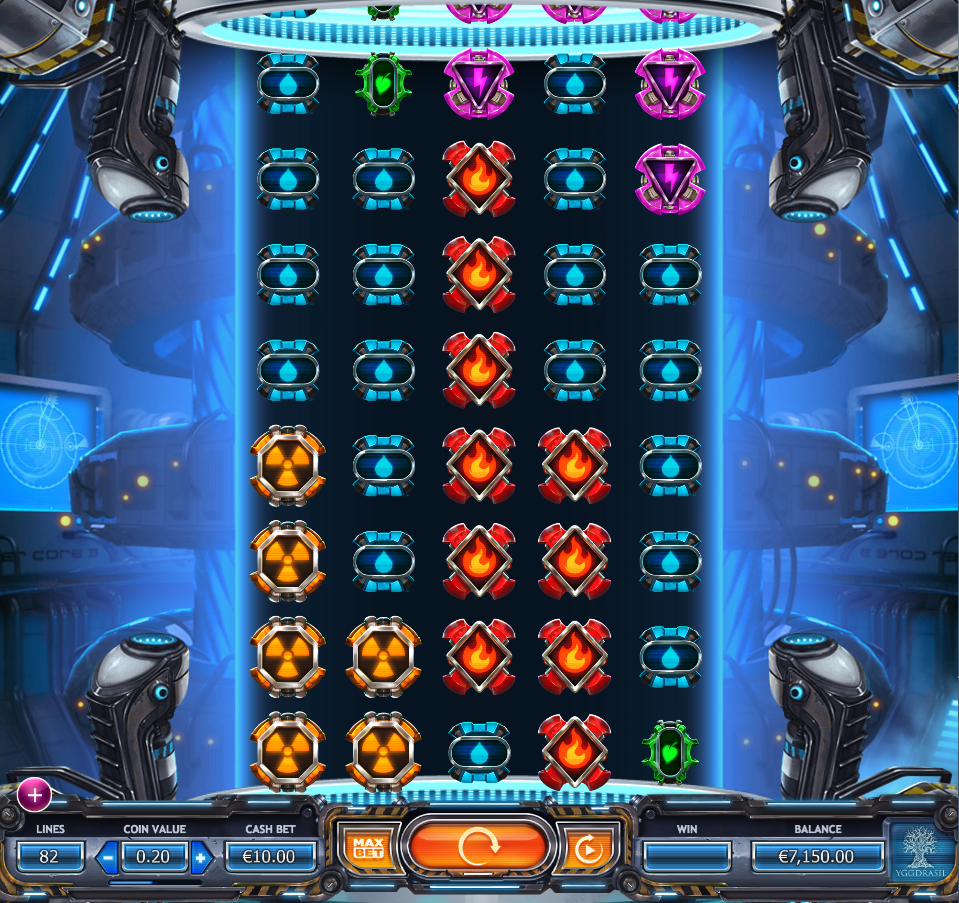 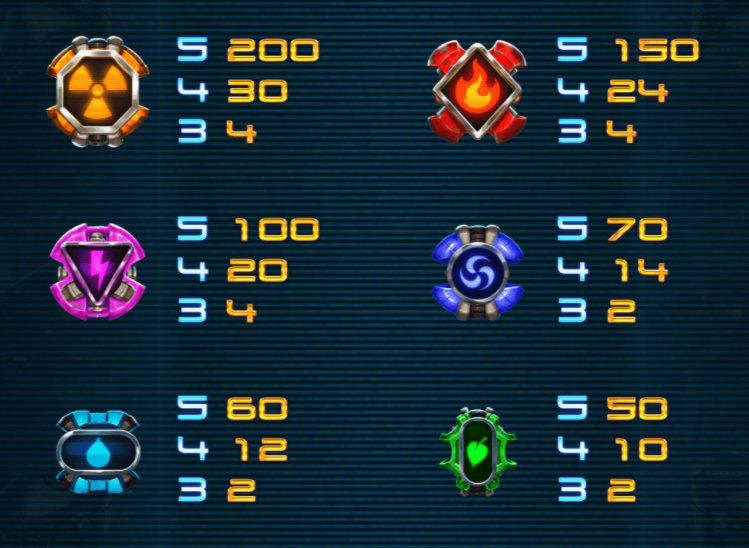 Industrial machinery may not often come across as an attractive theme for an online slot machine but if it’s done well then even energy generating apparatus such as the one in Power Plant can provide us with some entertainment; it’s developed by Yggdrasil Gaming and you can read all about it below.

Power Plant is a five reel slot with eight rows and eighty two fixed paylines; those reels spin within a ray of blue light in the centre of a futuristic laboratory loaded with mysterious screens and complex controls. 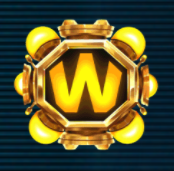 There are just six standard symbols in Power Plant and they are coloured symbols for different types of power – nuclear, fire, lightning, wind, water and a leaf (not sure about that one). All symbols appear stacked on the reels.

The wild symbol is a big yellow ‘W’ which also appears stacked on the reels; it will replace all others to help form winning combinations.

This is triggered by landing at least one full stack of wild symbols on any particular reel; you will now receive one free respin with two, three or four added features depending on whether the round was triggered with one, two or three+ stacks respectively. The extra features are picked randomly and include the following:

The original stack of wilds will also remain in place during the respin.

As with most Yggdrasil slots, Power Plant looks great and offers an addictive gaming experience which makes you want to carry on playing; the feature is triggered regularly and there’s an RTP of 96.10%.