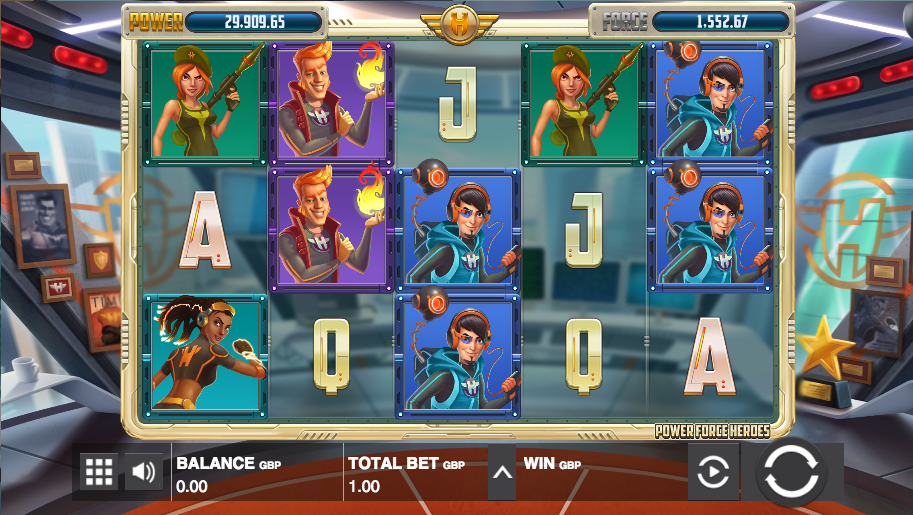 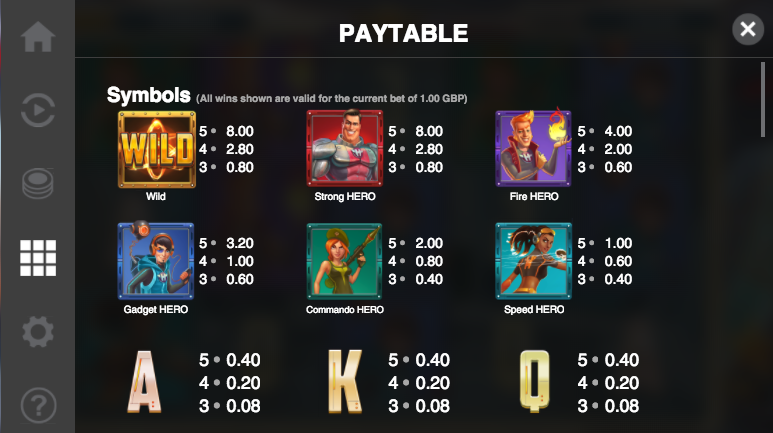 Everyone needs some superheroes in troubled times and it’s now time to introduce you to a new bunch called the Power Force Heroes courtesy of Push Gaming; these shiny characters are the theme of this online slot which offers several bonus features and a progressive jackpot. There’s also a complimentary game called Power Force Villains.

Power Force Heroes is a five reel slot with three rows and twenty five fixed paylines; those reels spin within a futuristic frame  while in the background there’s a kind of trophy room which presumably celebrates our heroes’ various triumphs.

The wild symbol is a big golden ‘Wild’ which substitute for all others to form winning combinations except for the bonus symbol and the progressive jackpot triggers.

Large 3×3 symbols may appear on the reels to help out with some bigger wins.

This is the free spins round and it’s triggered by landing the 3×3 bonus symbol (or part of it) anywhere in view; those parts in view will reveal the number of Free Spins or Super Spins awarded – up to three.

There are two progressive jackpots to be won and these are shown above the reels; they are won in the following ways:

Power Force Heroes is a colourful and action packed game with lots to recommend it including some well thought out bonus features and a tasty progressive jackpot to aim for – it comes with an RTP of 96.71%.