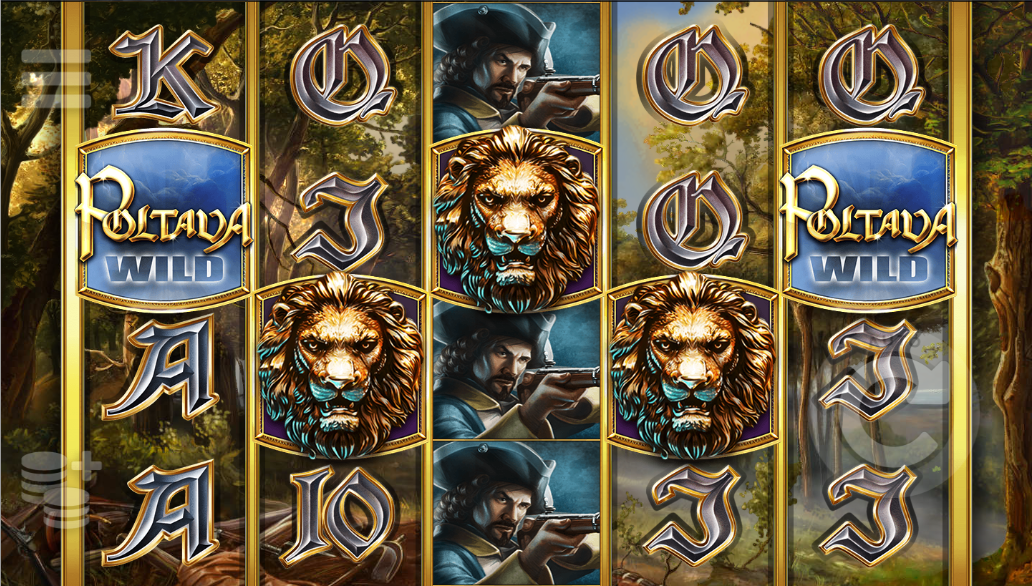 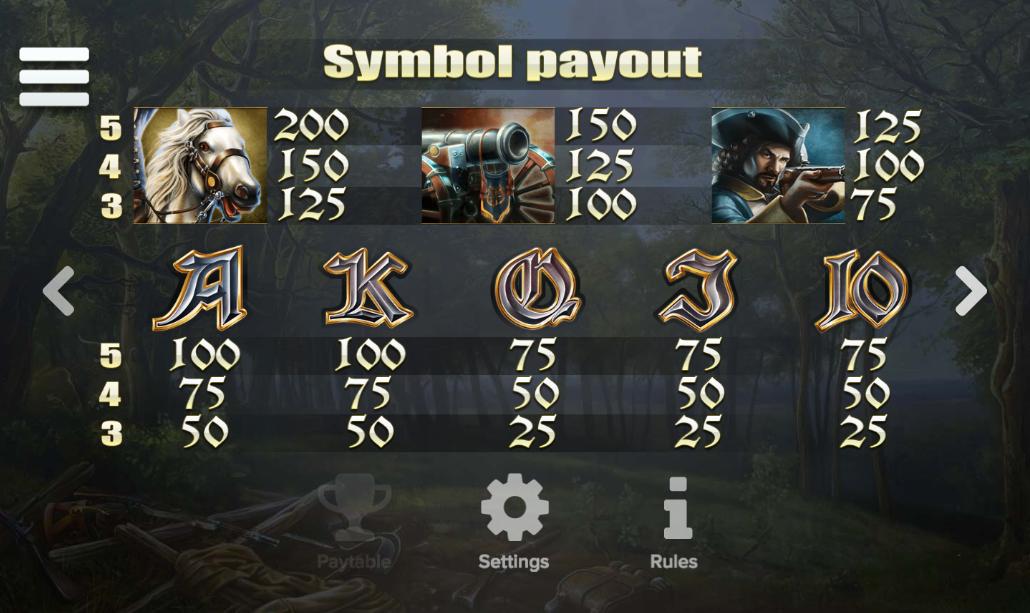 Fought in 1709, the battle of Poltava was a decisive victory for the Russians over the Swedes in the Great Northern War which begun the decline of Sweden as a significant power. That battle is also the theme of this atmospheric online slot from Elk Studios – it’s full title is Poltava: Flames of War and you can read all about it below.

Poltava is a five reel slot with four rows and forty fixed paylines; those reels are transparent and through them we can glimpse the aftermath of a battle scene with abandoned kit discarded on the ground.

There are just three theme-related symbols including the horse (cavalry), a field gun (artillery) and a soldier (infantry); 10, J, Q, K and A make up the lower values.

The game’s logo is wild and it will substitute for all others except the lion scatter which triggers the main feature.

This is triggered by landing three of the lion scatter symbols anywhere on reels two, three and four; you will now receive three free spins with those three lions frozen in place and acting as a wild symbol. You can’t retrigger this feature but any new lions landing anywhere in view will add an extra spin to the total.

Trigger this by landing a full reel of stacked cavalry, artillery or infantry; you’ll now receive one respin but any more matching symbols appearing to the right of that reel will move to the left of it – the stacked symbols will move one reels to the right

This process continues until no more matching symbols land at which point any wins are evaluated.

Poltava is a very atmospheric online slot with two clever bonus features and some great graphics & animations. It’s another excellent game from Elk Studios, it has an RTP of 96.40% and it’s well worth checking out.