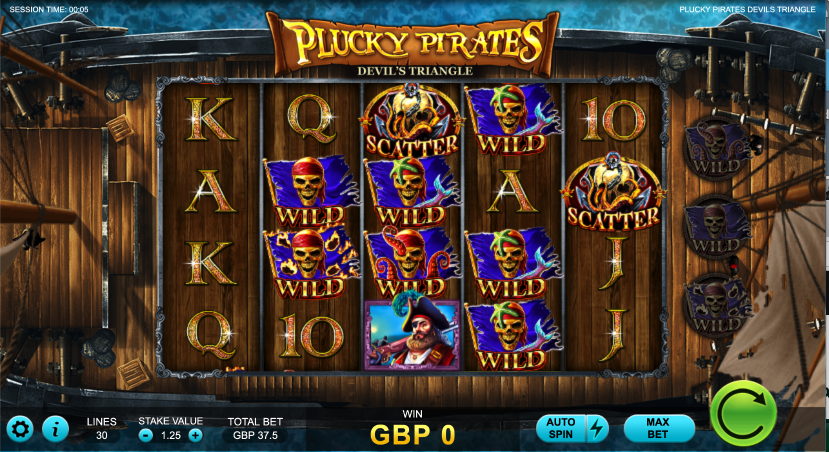 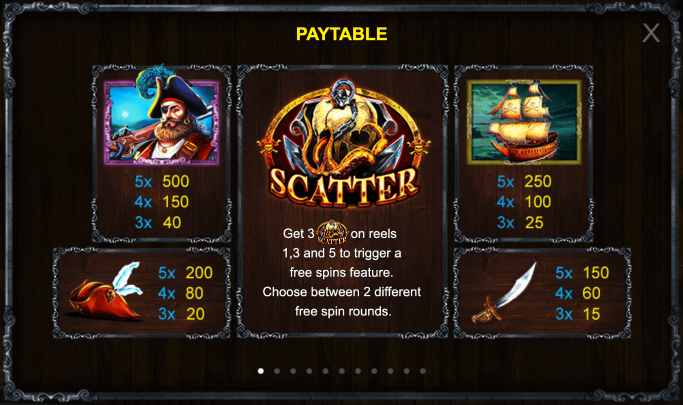 Any online slot themed on pirates has to be good thing as far as we’re concerned so we’re delighted to bring you details of Plucky Pirates – Devil’s Triangle, Nektan’s sequel to the original and popular Plucky Pirates slot; this one comes with two different free spin modes and plenty of reel modifiers to keep things interesting.

Plucky Pirates – Devil’s Triangle is a five reel slot with four rows and thirty fixed paylines; those reels spin on the deck of the pirate ship so we are looking down from above as the boat bobs about in the calm, Caribbean waters.

The four theme-related symbol include the pirate captain, the pirate ship, a hat and a cutlass while 10, J, Q, K and A make up the lower values.

The kraken/skull is wild and it will replace all other symbols to help form winning combos except for the scatter icon.

This is triggered by landing three of the scatter symbols on reels one, three and five and you’ll now get to choose a treasure chest to determine which of the free spins options is awarded:

The following mini-features can occur on any spin under certain circumstances:

If just having a pirate themed slot wasn’t enough then Plucky Pirates throws in a huge number of reel modifiers and two free spins modes to help you hit those big wins – very enjoyable and highly recommended.