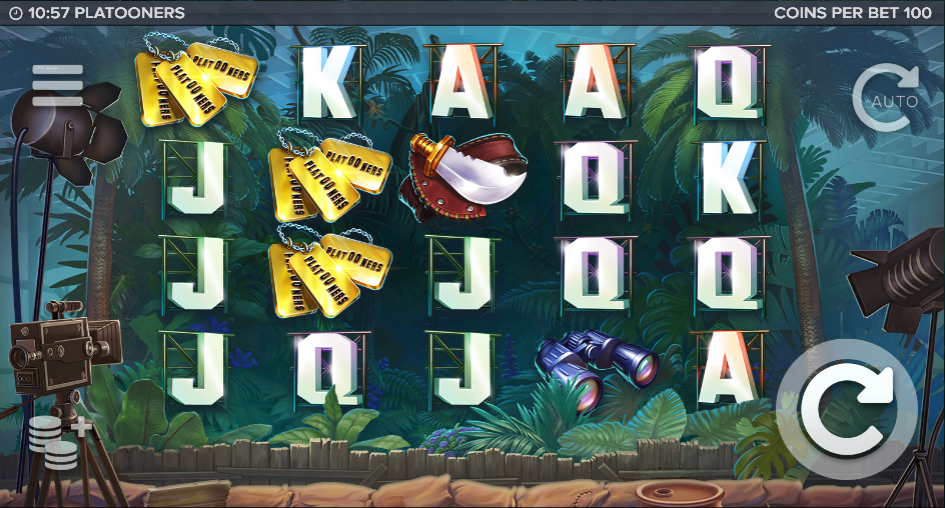 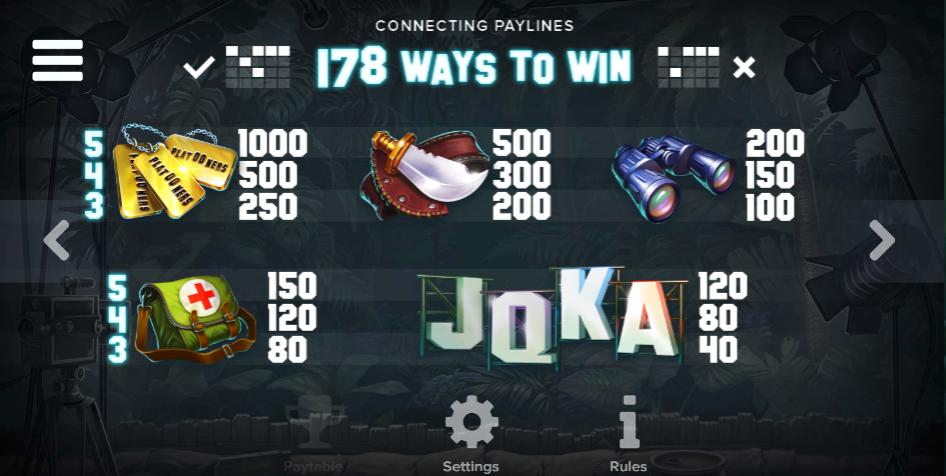 War isn’t normally a cause for celebration or entertainment but in the case of this online slot from Elk Studios things are a little different; the Platooners are actors in a movie trying to help you win some cash and defeat the Snakes of Fortune at the same time – keep reading for more information.

Platooners is a five reel slot with four rows and 178 ways to win; cameras and lights point at the trees and undergrowth through the transparent reels and the vast building housing the whole scene is just about visible around the edges.

The high value symbols include some dog tags, a knife, a pair of binoculars and a medic’s bag; J, Q, K and A make up the lower values.

The wild is a silver ‘Wild’ which will replace all others to help form winning combos except for the snakes’ head scatter symbol.

These are randomly triggered features on one spin which match each Platooner and they work like this:

This is triggered by landing three or more of the snakes’ head scatter symbols anywhere in view; three four or five scatters will mean the use of one, two or all three Platooners in this round.

You’ll now play a game in which those Platooners have 15 rounds of ammo to destroy the snake and win prizes; if they do so they’ll level up to a bigger, more valuable snake and finally a third one. Apart from coin wins players may receive extra attacks, extra ammo or a bomb which does more damage.

Platooners is a slot which tells the story of war through the a camera lens and it manages to inject plenty of humour and cute characters into proceedings along the way; the bonus features are clever, if a little tough to trigger in our experience and the graphics and animations are top notch. This game comes with an RTP of 96.30%.