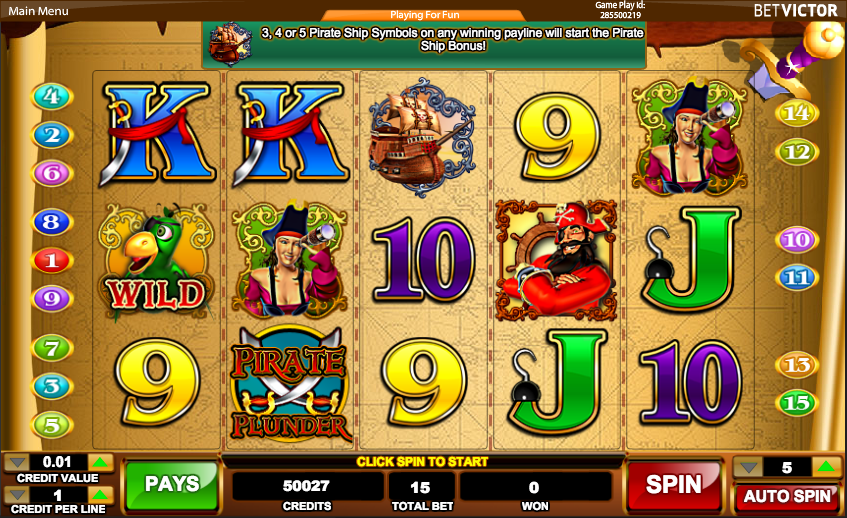 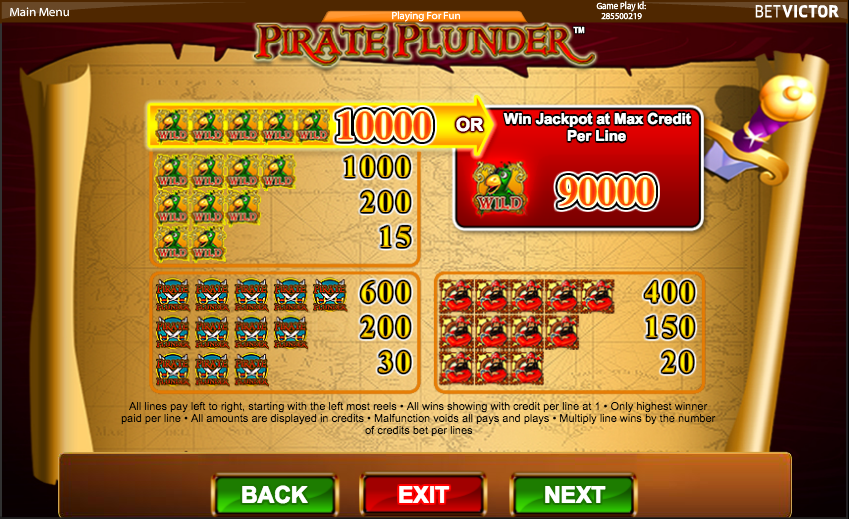 We’ve said it before and we’ll say it again – nothing was ever made worse with the addition of pirates and while there are possibly some 17th century seafarers who may disagree, this is the 21st century. This is not the first online slot we’ve reviewed called Pirate Plunder – click here to see the Playtech version – and this one is designed by Cadillac Jack under the Amaya Gaming umbrella. Read the full review below.

Pirate Plunder is a five reel slot with three rows and fifteen fixed paylines; the backdrop to the reels is a very neat map, perhaps containing directions to some buried treasure. It’s held in place by a purple-handed knife in the top right hand corner. Various pirate pronouncements emanate from the speakers as you play the game.

The main symbols are the Pirate Plunder logo, the pirate captain, his female companion and then A, K, Q, J, 10 and 9.

The wild symbols is a green parrot and there’s a 90000x payout if you can land five on an active payline using the maximum stake per line. There are two scatter symbols – the treasure map and the stripey red pirate – along with a pirate ship bonus icon.

Trigger this feature by landing three, four or five of the pirate ship bonus symbols on an active payline. All you have to do now is pick one of those ships to reveal a multiplier of your line bet – the more triggering symbols the better:

This is triggered by landing three treasure map scatter symbols anywhere on reels two, three and four; you will now be taken to a screen displaying six treasure chests (and a digging pirate0 so just pick them to reveal prizes until you find the Captain’s Parrot at which point the round is over.

If your bankroll will allow it, play the maximum bet per line to give yourself a chance of grabbing that 90000x wild payout.

Pirate Plunder is not the most graphically sophisticated but it’s quite good fun and fairly amusing; there’s a nice big prize to aim for if that’s your thing and two bonus features to keep things interesting.