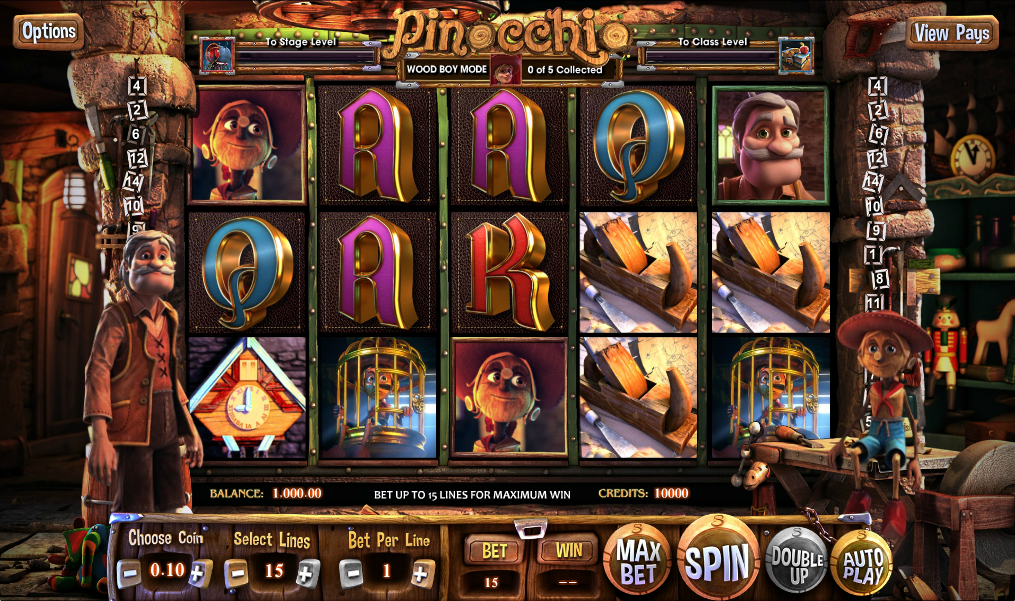 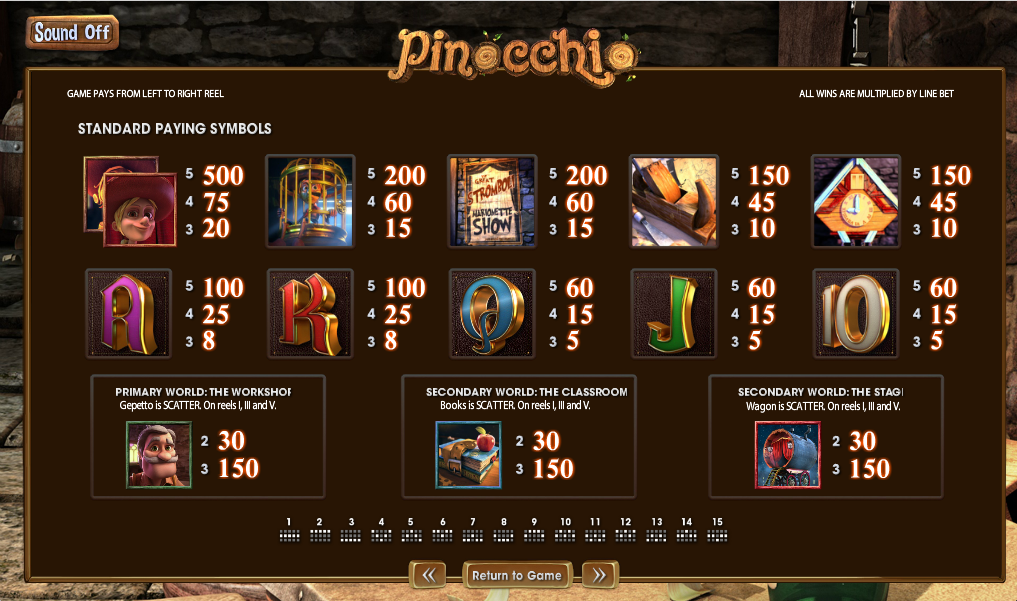 Carlo Collodi penned The Adventures Of Pinocchio back in 1883, completely unaware that more than a century later his creations would be the theme of an online slot from Betsoft Gaming. Not to be confused with 2by2 Gaming’s Pinocchio’s Fortune, Pinocchio is absolutely full of bonus features which are all explained below.

Pinocchio is a five reel slot with three rows and up to fifteen paylines; it looks fantastic and it’s set inside Geppetto’s workshop with the craftsman and his creation – Pinocchio – either side of the reels.

The high value symbols are a cuckoo clock, a wood plane, a poster for The Great Stromboli, a caged creature and two versions of Pinocchio – wooden and real. 10, J, Q, K and A make up the lower values.

Special symbols include Geppetto, a pile of books, a traditional caravan and Pinocchio.

Some of the Pinocchio symbols contain a smaller icon in the corner; collect five of those and you fill up the Real Boy/Wood Boy mode above the reels. Now Pinocchio becomes real and each of those symbols becomes wild during this round. This feature continues until you have collected five small Pinocchio icons and return to Wood Boy mode.

If you have a chance of a five symbol combo but you’re missing a symbol on reels one, two or three, there’s a chance that the fairy will appear and offer you a free respin to help make that combo.

You begin the game in Geppetto’s workshop but collecting scatter symbols can whisk you away for some free spins in other areas.

Pinocchio is a fantastic slots experience which almost elbows it’s way into the realms of video gaming; wins seem to be few and far between in the base game but as soon as start filling up those meters the prizes will start to roll in. Don’t miss this one!