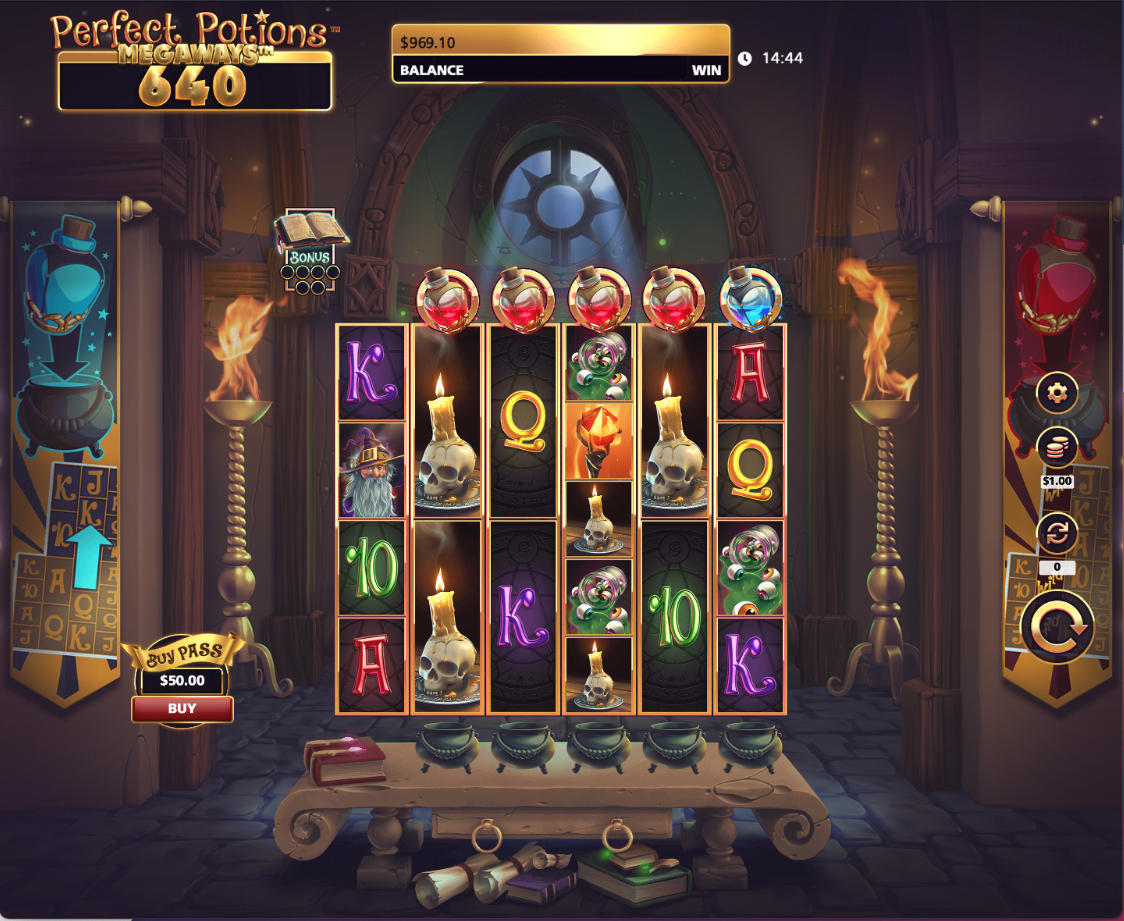 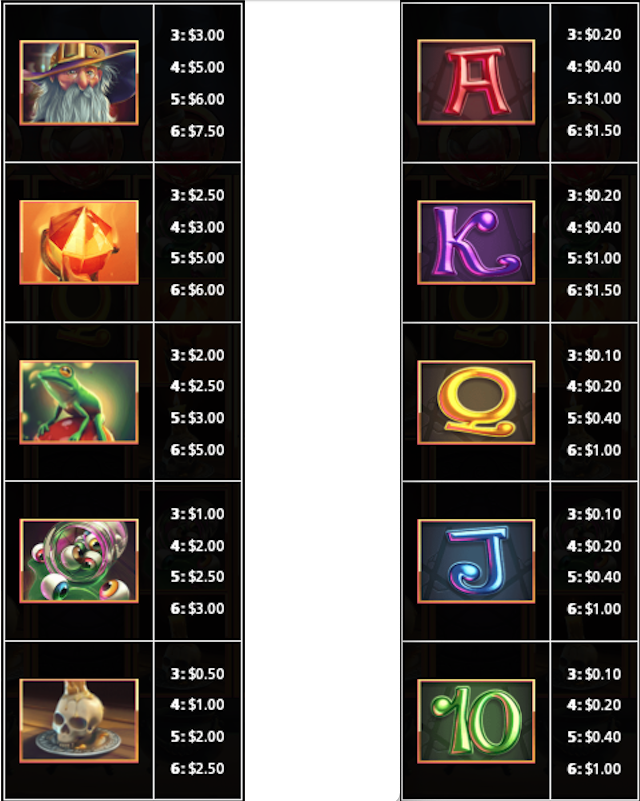 The legendary world of King Arthur and the many winning opportunities of Big Time Gaming’s Megaways payline structure meet at least in this online slot machine from Scientific Games; it’s called Perfect Potions Megaways and from £0.20 per spin it tempts players with free spins and mini-bonuses activated by red and blue potions.

Perfect Potions Megaways is a six reel slot with up to eight rows on reel one and up to seven on reels two to six; there are a potential 96,040 ways to win when all reels land with maximum rows. The setting is Merlin’s lab, a space strewn with books and scrolls and lit by blazing lamps and moonlight.

The five higher value symbols are Merlin, his glowing staff, a frog, some eyeballs and a skull; 10, J, Q, K and A make up the lower values. The ‘Wild’ is wild and the book is the bonus symbol.

Every winning symbol will disappear to be replaced by more falling in from above – creating new combos will continue this process. Bonus symbols will also disappear when they land.

On every spin a red or blue potion can appear above reels two to six and these will drop onto the reels if there’s a cascade affecting that reel; if they reach the cauldrons below the reels the following features are activated:

This is triggered by collecting four bonus books during a single spin/series of cascades and each one will disappear when they land, moving to fill one of the spots above the reels. Four, five or six books will award 10, 12 or 15 spins and during the round the spins can be retriggered with just three books awarding 4 spins.

Any Blue Potion expanding reels will lock in place for the whole round and any Red Potion wild reels may be multiplied by the value shown.

Scientific Games have done a good job of creating something a little different with the Megaways payline mechanic and that’s always a good thing; the best example is the feature which sees Red and Blue Potions drop through the cascading reels to trigger bonuses. Highly recommended!

Perfect Potions Megaways is an Arthurian-themed video slot from Scientific Games with six reels, up to eight rows rows and up to 96,040 paylines/Megaways.

The Return To Player percentage for Perfect Potions Megaways is 96.31%.

How To Win On Perfect Potions Megaways?

Where can I play Perfect Potions Megaways?