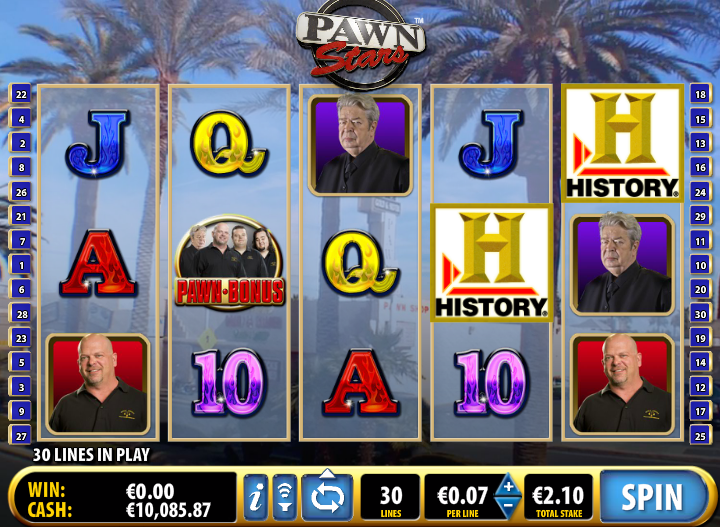 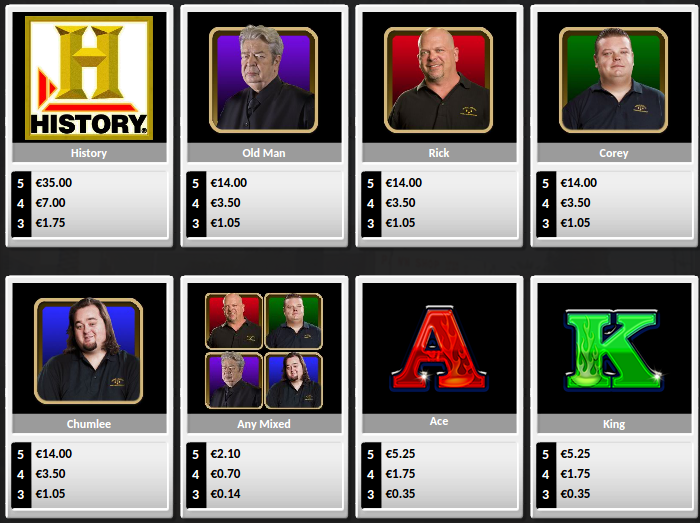 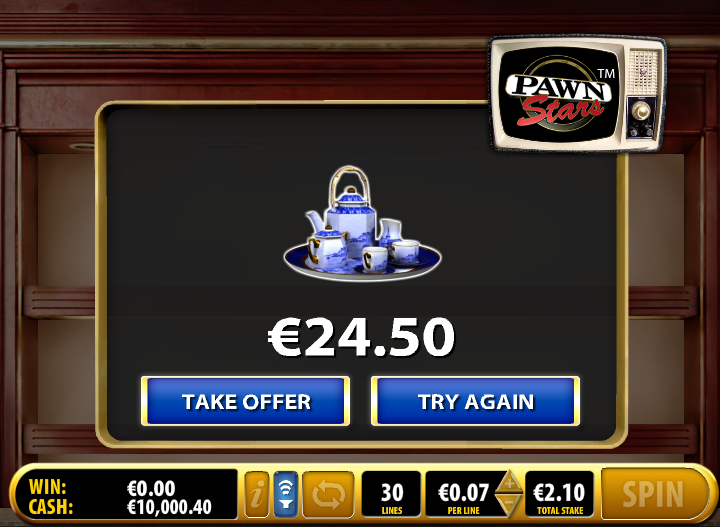 If you’re a devotee of certain minor television channels in the UK then perhaps you’ve come across a show called Pawn Stars. It’s a fly-on-the-wall programme following the activities of a Las Vegas pawn shop. Bally Technologies have now developed an online slot of the same name based on this show so read the following review for more details.

Pawn Shop is a five reel slot with three rows and thirty fixed paylines; it’s graphically fairly basic with plenty of [hotos of the main protagonists and it’s all set against a backdrop of palm trees and a clear, blue Nevada sky.

The wild symbol is the pawn shop sign which can appear stacked on reels two, three and four and there are two scatters – the free games ring and the Pawn Bonus icon – which trigger separate features.

This bonus is triggered by landing three of the free games rings on reels one, three and five. You will now receive ten free spins as well as 2x your scatter win amount. This is a reasonably basic mini-game in which all wins during your spins will be multiplied by 2x. It’s not possible to trigger more spins or the Pawn Bonus from within this round.

Trigger this mini-game by landing three of the Pawn Bonus scatter symbols on reels two, three and four. This is a pick-a-prize game in which you will be shown six items. Pick one to reveal a prize of between 200x and 3000x your line stake. If you don’t fancy that offer you can refuse it but you must accept the next award which will be 150x to 4000x your line stake.

This theme is designed reasonably well and no doubt these chaps are delighted to see their faces on a slot machine. It’s fairly easy to trigger both bonus features and the stacked wild has resulted in some big wins during our testing. There’s an RTP of 95.04%.