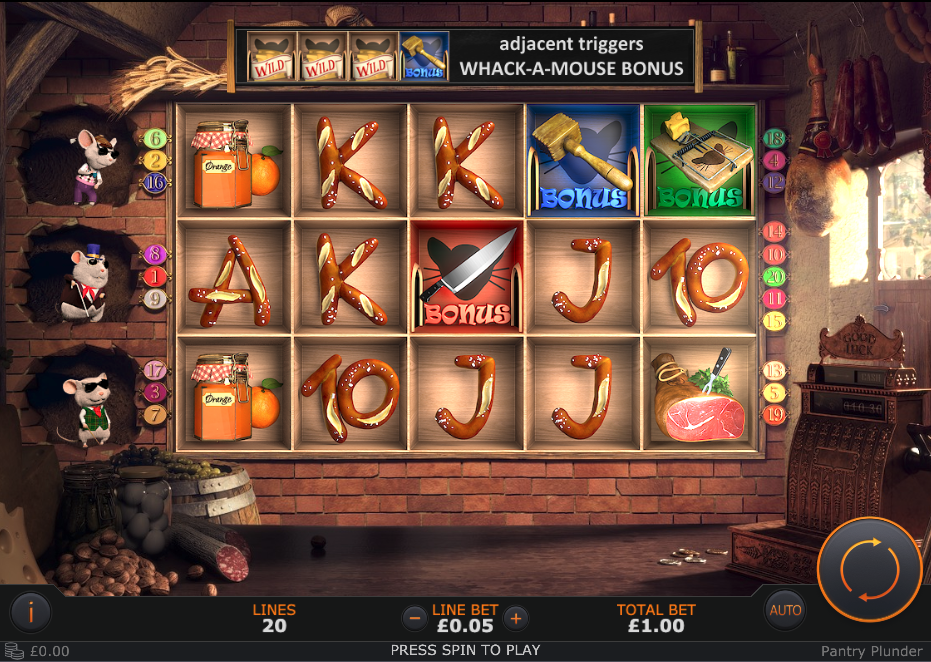 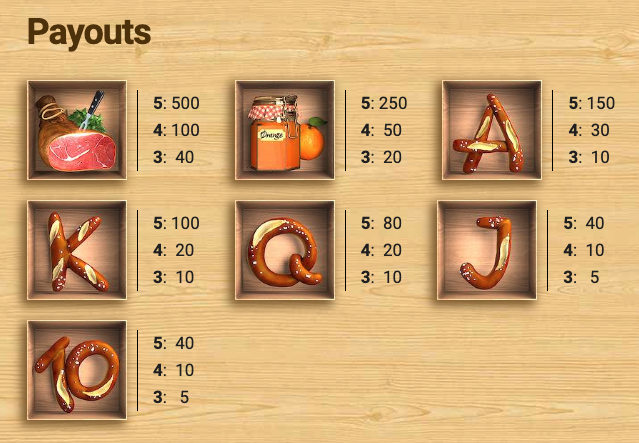 The life of a mouse is generally a short and nervous one but make them the Three Blind Mice of nursery rhyme fame and a larder to raid and things start to look up – Pantry Plunder is an online slot from Playtech which follows our furry friends as they loot the food store in search of cheese, free spins and various wild features.

Pantry Plunder is a five reel slot with three rows and twenty fixed paylines; all the action takes place inside this particular store in which the symbols are the various items on the shelves – the mice sometimes appear in their holes on the left hand side.

The two high value symbols are the ham and the orange marmalade while pretzels twisted into 10, J, Q, K and A make up the lower values.  The cheese is wild but we’ll explain how it works in detail below while the knife, the meat hammer and the mousetrap are the bonus symbols.

A lump of cheese will only become wild if it lands on reel one next to a mouse in one of the holes; if this happens it will turn into a sticky cheese wild along with any other bits of cheese on that row for the next spin. More cheese landing next to sticky cheese will continue the feature.

If no mice appear on any particular spin there’s a chance that one of the following mini-features can be triggered:

Up to four cheese wilds will be added to the reels in a line.

These are triggered by creating cheese wilds on reels one, two, three and four with a specific bonus symbol on reels three, four or five; the mouse will then run along those cheeses and reach the bonus:

We like a slot with some innovation and creativity and that’s exactly what Playtech have given us here – every feature is well thought out and let’s face it, who doesn’t like plenty of sticky cheese!