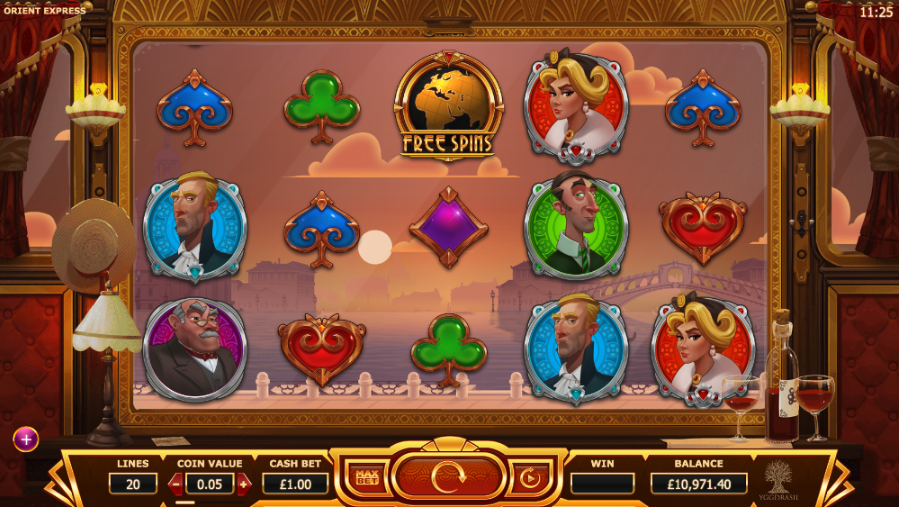 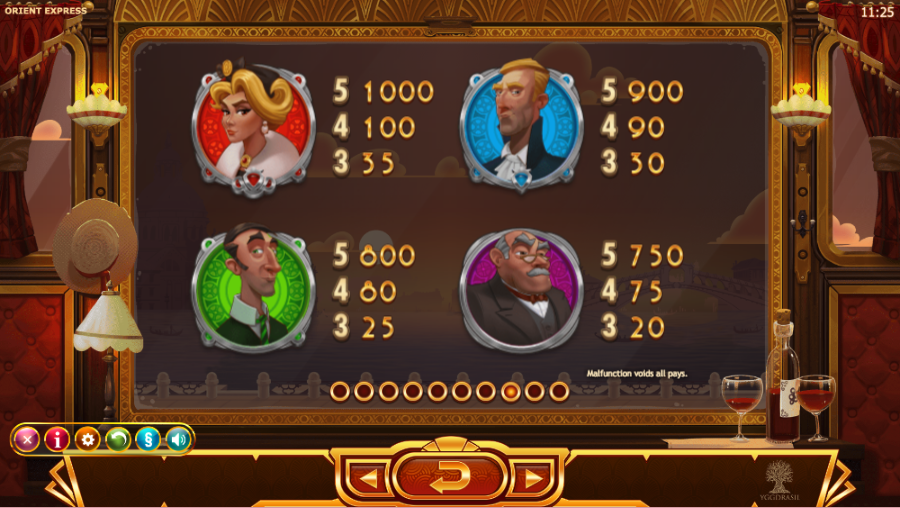 A trip between Paris and Istanbul on the Orient Express was the height of luxurious rail travel for Victorian tourists and it’s only right that this experience is now the theme of an online slot machine from Yggdrasil Gaming; players travel through four locations with four free spins modes on the way.

Orient Express is a five reel slot with three rows and twenty fixed paylines; we view the action from inside a well-appointed railway carriage and the symbols spin on transparent reels set against the window as various landmarks and landscapes scroll past.

The four high value symbols are all well-heeled travellers on this train while the lower values are represented by four playing card symbols of various colours.

The wild symbol appearing in all modes is the Orient Express and it will substitute for all others to form winning combos except for the Free Spins icon. City-themed wilds appear in other locations but they all perform the same function

When you start playing the game you’ll always be in Paris but each time the free spins is triggered you’ll move on to Venice, Belgrade and finally Istanbul. Each location has an extra feature in the base game and the free spins as described below.

The spins are triggered by landing three, four or five of the Free Spins scatter symbols for which you will receive seven, fifteen or thirty free spins respectively.

After you’ve reached Istanbul you are then able to select your next destination when the spins are triggered.

Orient Express is a lovely slot with some real character, lots of variation and an interesting musical soundtrack which suits each location well; it seems easy to trigger the features and therefore quite straightforward to make your way across Europe. It comes with an RTP of 96.20%