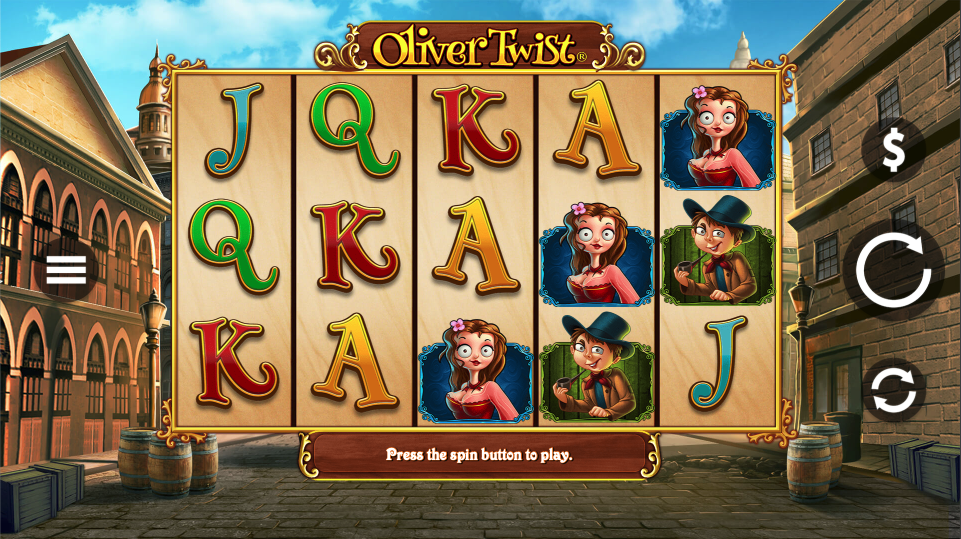 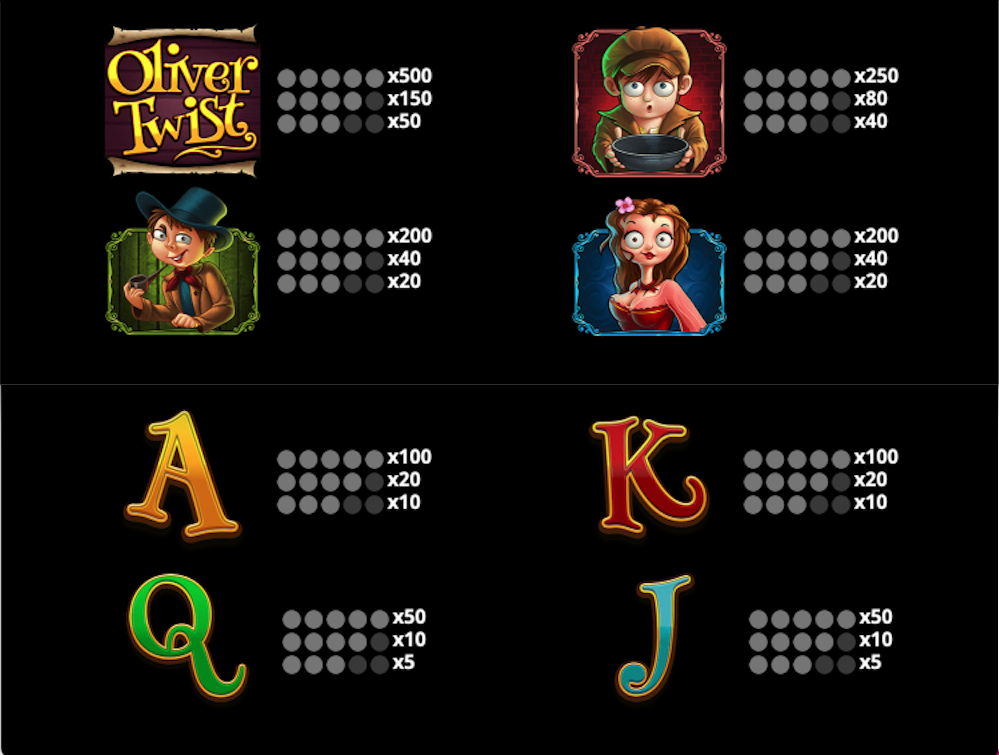 Oliver Twist is one of Charles Dickens’ most famous characters and the workhouse boy best known for daring to ask for more – he’s now the inspiration behind this online slot of the same name from Endemol Shine/Playzido so get ready for the chance to win Fagin’s Wilds, Scoundrel Wilds, Fagin’s free spins and Oliver’s Journey.

Oliver Twist is a five reel slot with three rows and thirty fixed paylines; the street sounds of Victorian London set the scene as those reels spin against a grimy backdrop.

High value symbols include Oliver, the games’ logo, Nancy and the Artful Dodger; J, Q, K and A represent the lower values; Fagin and Bullseye (the dog) are the wilds while the bowl and the map are the bonus symbols.

Whenever Fagin lands on the reels he’ll stay there and shift one reel to the right with each spin until he reaches the edge; each move will increase the win multiplier for that wild by 1x.

This can occur on any spin and a bunch of workhouse kids will run on to the screen and turn various symbols into Bullseye wild symbols.

Landing three of the bowl bonus symbols on reels two, three and four will award an initial ten free spins but once the round is underway one, two or three bowls will award an extra two, five or ten spins respectively.

Trigger this by landing the map symbols on reels one and five and you’ll get the chance to move along a trail by activating the spinner, winning cash and mini-games; landing on a policeman will end the round. The mini-games are:

What’s not like about Oliver Twist? A online slot based on a literary classic and enough bonus features to keep everyone happy. We particularly like the sounds of Victorian London accompanying our gameplay and the prize-winning potential of Oliver’s Journey.

Oliver Twist is a historically-themed video slot from Endemol/Playzido with five reels and thirty fixed paylines.

The Return To Player percentage for Oliver Twist is 95.56%.

How To Win On Oliver Twist?

Where can I play Oliver Twist?