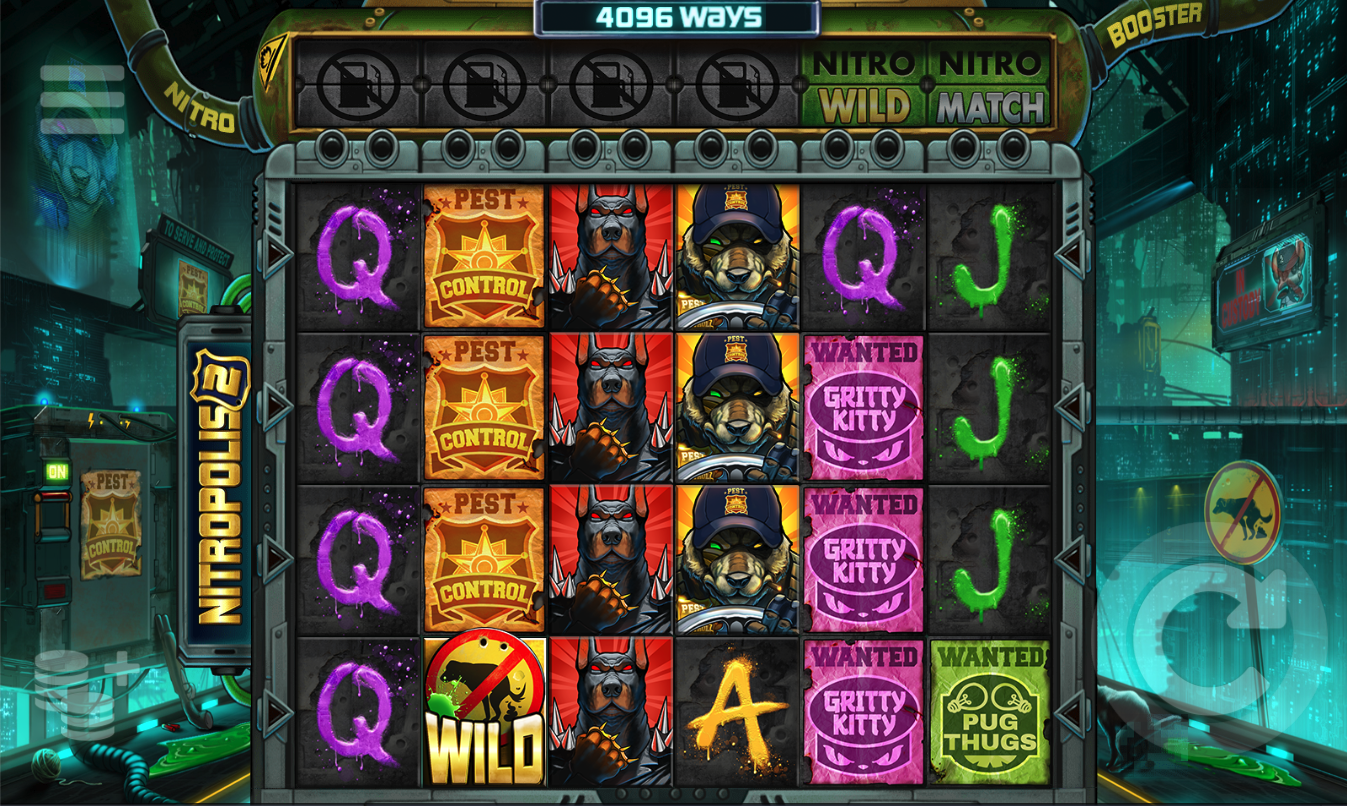 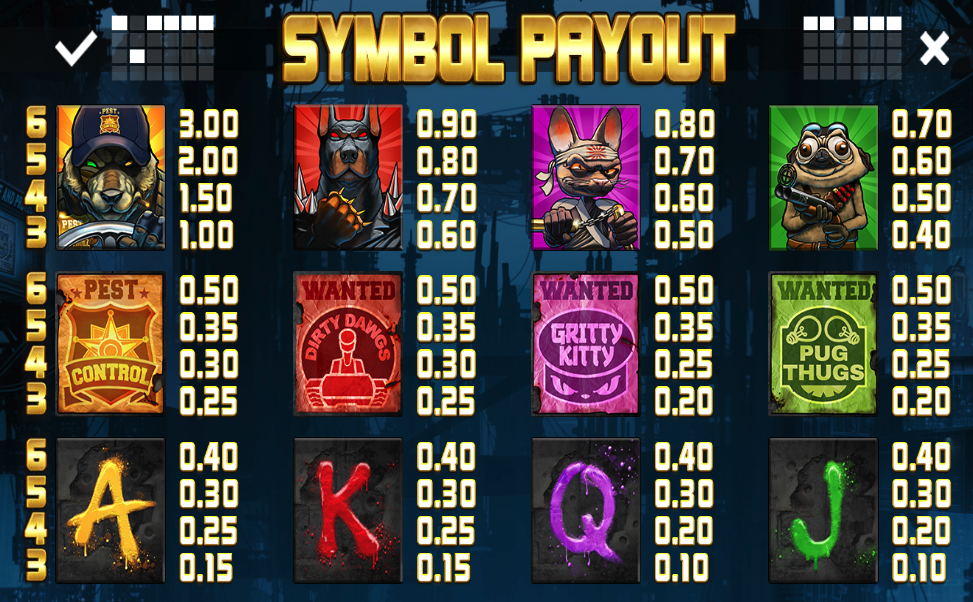 The city of Nitropolis is our destination for this online slot from Elk Studios and the main character in this story is Sergeant Nitro Wolf, the canine copper tasked with cleaning up the city; features in this science fiction-themed game include Nitro Reels, the Nitro Booster, respins and paylines which pay in both directions.

Nitropolis 2 is a six reel slot with an initial 4096 ways to win and the setting for this game is a futuristic Bladerunner-type city where vast skyscrapers dwarf the residents and dogs crap freely on the lofty overpasses.

The four high value symbols are the various dogs and other creatures central to the storyline – the medium values are four wanted posters and the lower values are the standard J, Q, K and A. The crapping dog is wild and the armoured vehicle is the bonus symbol.

All symbols which are part of winning combos will spin again to try and create more and this continues until there are no more wins.

The area above the reels changes constantly, offering the possibility of eight different mini-features to the reel below:

This round is triggered by landing three, four, five or six of the armoured vehicle bonus symbols anywhere in view for which you’ll receive 10, 15, 20 or 25 free spins. More spins can be retriggered in the same way.

During this feature all Nitro reels will lock in place which means that the number of available paylines steadily increases.