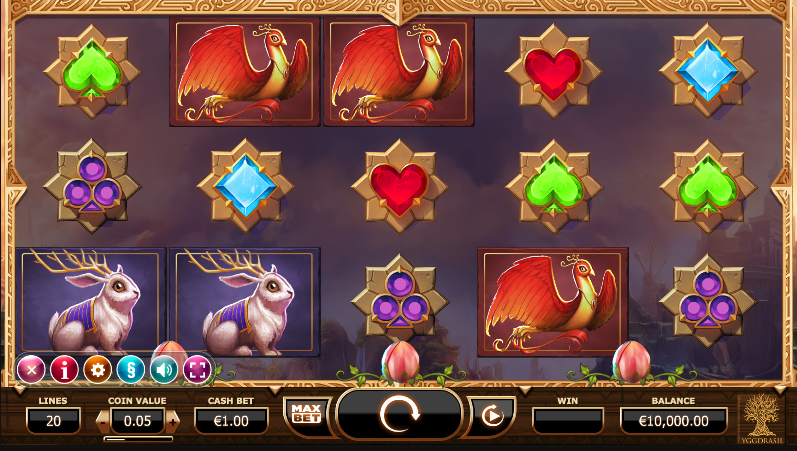 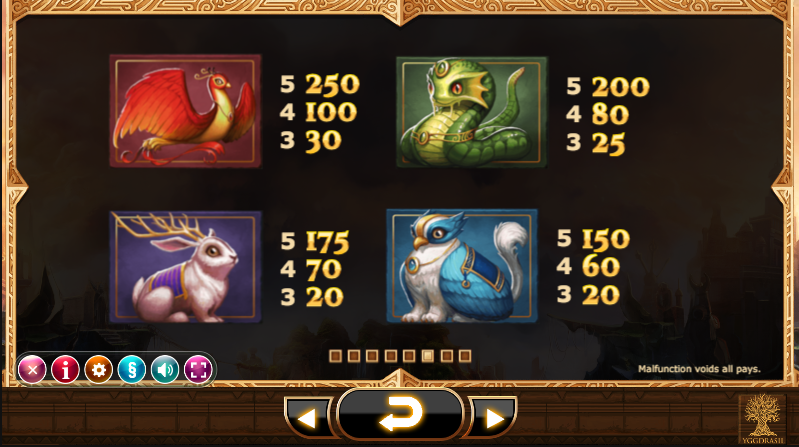 Nirvana is commonly known as a higher state of consciousness achieved by the more serious practitioners of Buddhism and to a lesser extent Hinduism, Jainism and Sikhism. We can now also relate it to the gaming industry with the release of the Nirvana online slot; it’s developed by Yggdrasil Gaming, it looks great and you can read all about it below.

Nirvana is a five reel slot with three rows and twenty fixed paylines; those reels spin in a gold frame and if you look closely beyond the symbols you can just make out buildings and other structures through the grey haze.

The four high value symbols are an odd bunch of strange animals, presumably linked to the theme but we won’t pretend that we know for sure; these include a large red bird, a lizard, a rabbit with antlers and a cat with a bird’s head. Pretty playing card icons represent the lower values.

The wild is a glowing green icon in a gold frame and it substitutes for all others except the scatter which is Lotus flower and activates the main feature.

All the bonus action centre around this free spins round and it’s triggered by landing three or more of the Lotus flower scatters anywhere in view for which you will receive ten free spins.  (Landing two scatters in the base game awards 1 free spin with a random feature awarded.)

Initially you will be offered a choice of three bonuses to add to the spins:

Nirvana is a very high quality slot with an interesting theme and we always like a bit of choice in our bonus features; it’s well worth checking out so do so as soon as you have the opportunity.