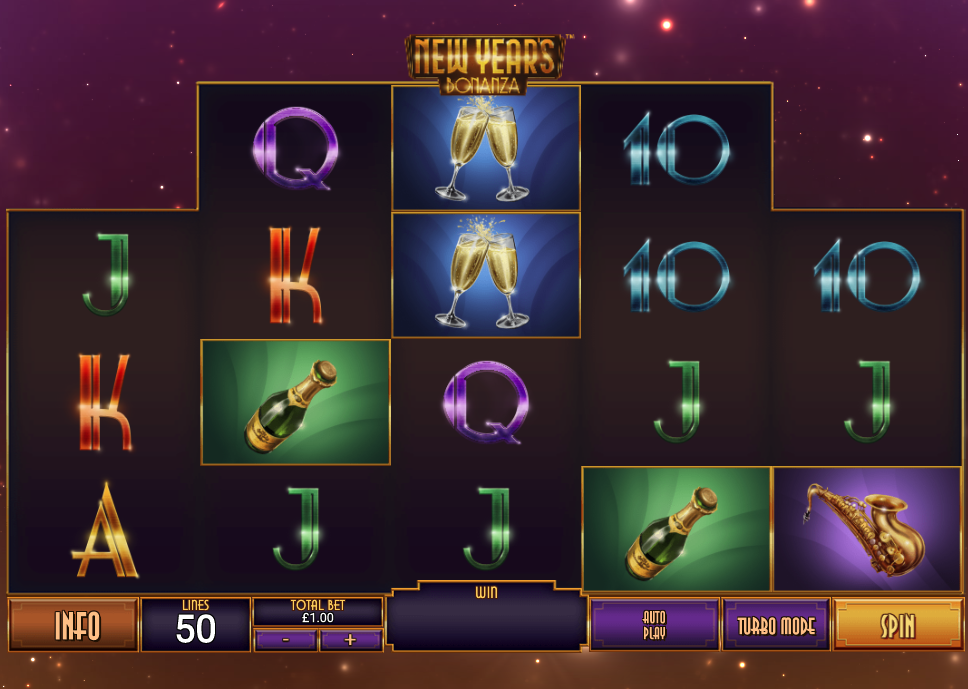 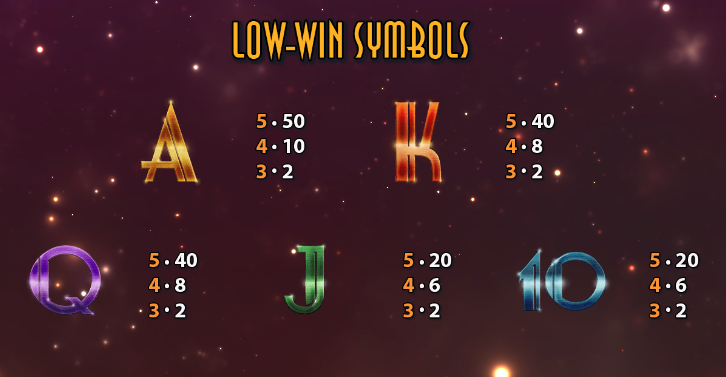 If we only played online slots according to their theme then the window for trying out New Year’s Bonanza would be pretty narrow and probably obscured in a drunken haze; however we can spin those reels whenever we like so relax and let us tell you about this celebratory releases from Playtech.

New Year’s Bonanza is a five reel slot with three or four rows and fifty fixed paylines; twinkling lights form the backdrop on which those gold-rimmed reels sit.

The theme-related symbol here include the male and female partygoers, the saxophone, the clinking champagne glasses and a bottle of bubbly; 10, J, Q, K and A make up the lower values.

The red and white striped rocket is wild and it will replace all standard symbols to create winning matches while the clock (just about to strike midnight) is the scatter symbol.

That wild rocket is not just any old wild, it will rotate so if faces a random direction and fire itself, turning all symbols in its’ wake wild also. If it hits another rocket wild the meeting point will become a 3x multiplier wild and if another rocket hits that point it will have a 10x multiplier attached.

Landing three of the clock symbols on reels two, three and four will award ten free spins; the position any wild symbol lands on is noted and if another wild lands there it will add a 2x multiplier there – any further wilds will increase the multiplier by 1x up to a maximum of 5x.

When the spins end you’ll receive a final spin with all those previous wild positions actually wild along with any multipliers that were attached. Landing two or three scatters during this round will award an extra three or nine spins respectively.

New Year’s Bonanza may look like quite a basic slot but it’s livened up by the clever Rocket Wilds and the unusual wild multipliers in the free spins; New Year or not, you’ll enjoy this end of year party.