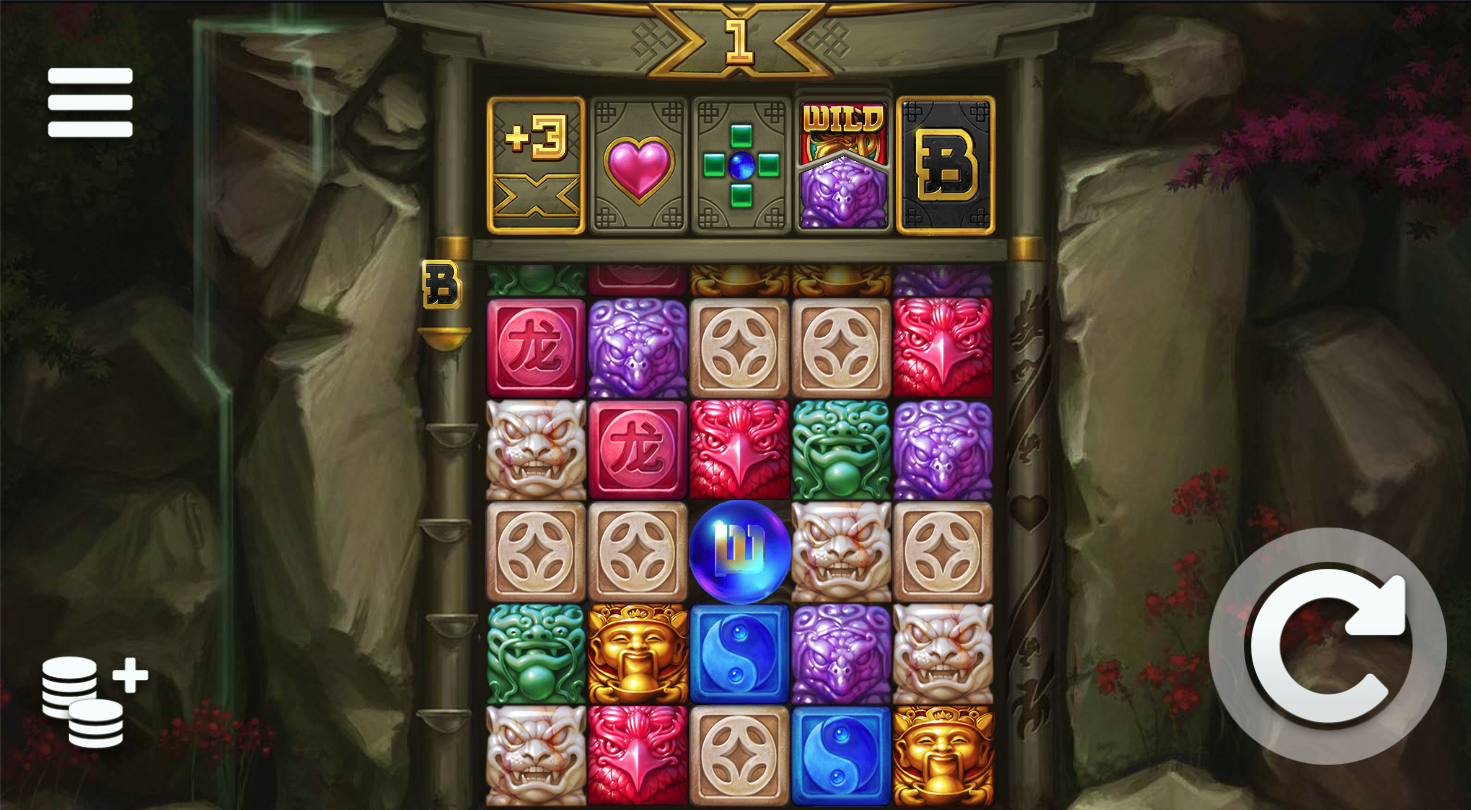 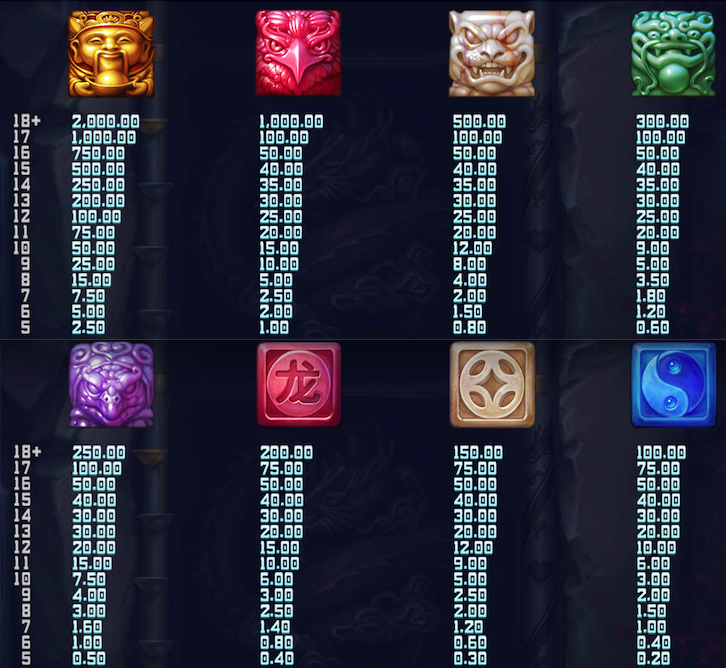 In Chinese legend Yinglong is the winged dragon who appeared in various literary classics and he takes centre stage here in Mystic Orbs, this online slot from Elk Studios; it has a cluster gameplay mechanic, free spins and a horizontal ‘feature row’ which can drop various goodies onto the reels.

Mystic Orbs is played on the 5×5 grid shown above and the aim is to create clusters of at least five matching symbols or wilds which connect horizontally and/or vertically – those symbols involved will then disappear and be replaced by more falling in from above, potentially continuing the process (this is an avalanche). The backdrop to the action is a Tolkien-esque scene of rocks, flowers and waterfalls.

The higher value symbols include the golden emperor along with stylised eagles, lions, dragons and turtles; three basic Chinese signs such as the Yin Yang symbol make up the lower values. The golden serpent is wild and the special symbol is the wild blue orb.

Wild Orbs And The Feature Row

The horizontal row above the reels reveals a different set of features on each spin and these become active if a wild blue orb lands on the reels directly below; the prizes on offer are:

If a ‘charged’ orb ands on the reels then all features on the row are triggered.

This can be triggered either by activating the bonus ‘B’ on the feature row or by collecting five orbs in one spin/set of avalanches. You’ll now receive five free spins and once the round starts collecting five orbs will award an extra spin. There’s a win multiplier active which keeps its value between spins also.