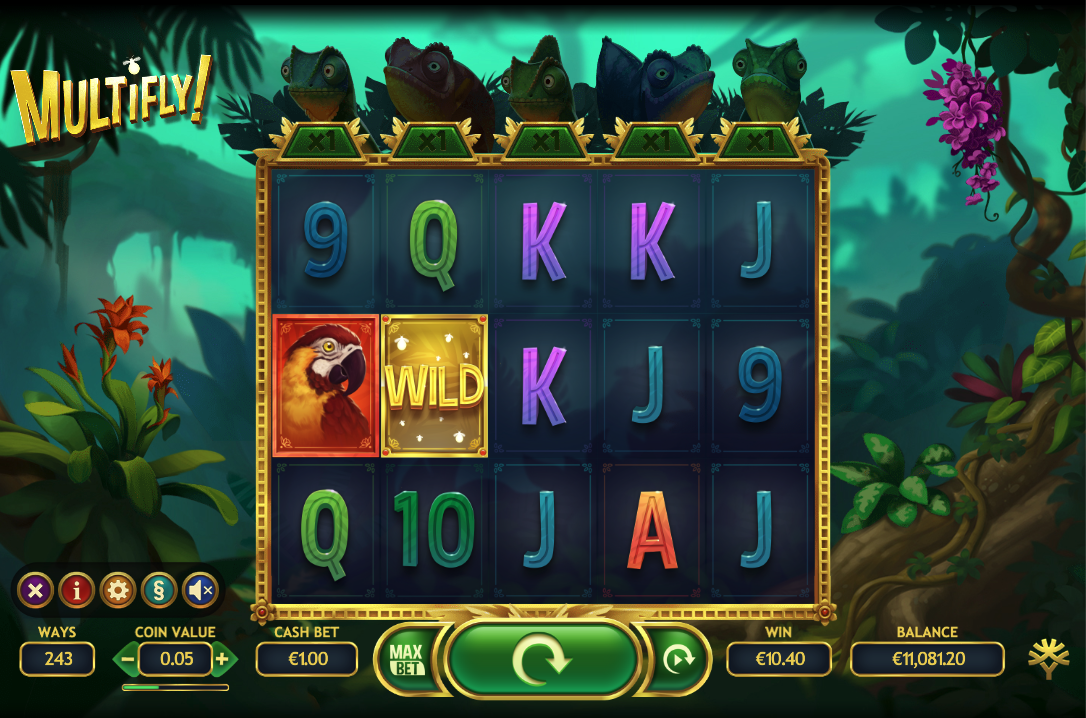 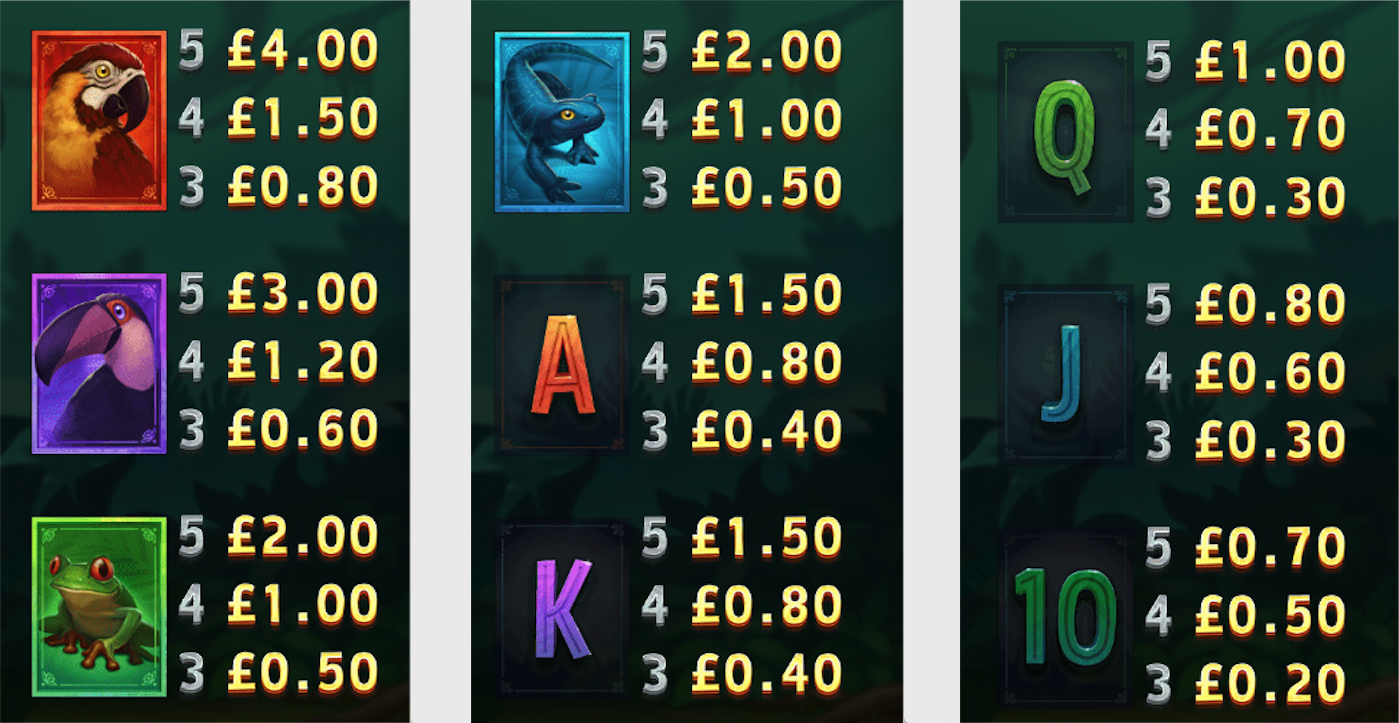 Catching flies may not be everybody’s idea of a good time but if you’re a chameleon taking part in Multifly!, this online slot machine from Yggdrasil Gaming then it’s those insects which are the key to wild multipliers and free spins.

Multifly! is a five reel slot with three rows and 243 ways to win; a steamy jungle environment provides the backdrop to the gameplay which takes place under the beady eyes of those chameleons and toads waiting above each reel.

A parrot, a toucan, a chameleon and a frog represent the higher value symbols while 9, 10, J, Q, K and A make up the lower values; the golden ‘Wild’ is wild and it will substitute for all standard symbols to help form winning combinations. The yellow chameleon is the scatter symbol.

After any winning spin all symbols in that combination will disappear and moer will drop down from above to fill those spaces – one wild symbol will be created to replace one of the combo positions. The reel with the wild will now have an increased win multiplier (via a flick of the creature’s tongue) which remains in force until this sequence of drop downs ends.

Landing three of the yellow chameleon scatter symbols anywhere in view will award ten free spins which unfortunately can’t be retriggered but the good news is that any multipliers collected on a drop down sequence will remain in place until the round ends.

Multifly! easily lives up to Yggdrasil’s usual high standards and we particularly like the way the Drop Down feature ties in to the theme with the chameleons and frogs cranking up the win multipliers. Action-packed and lots of fun.