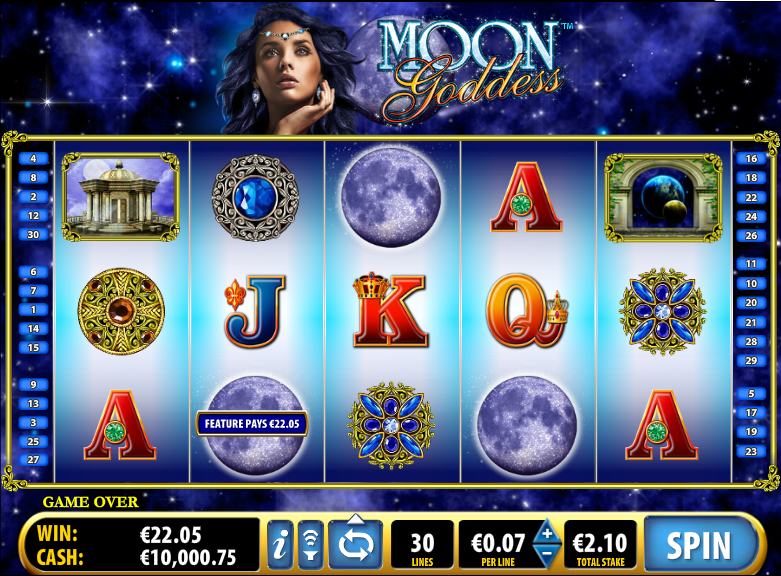 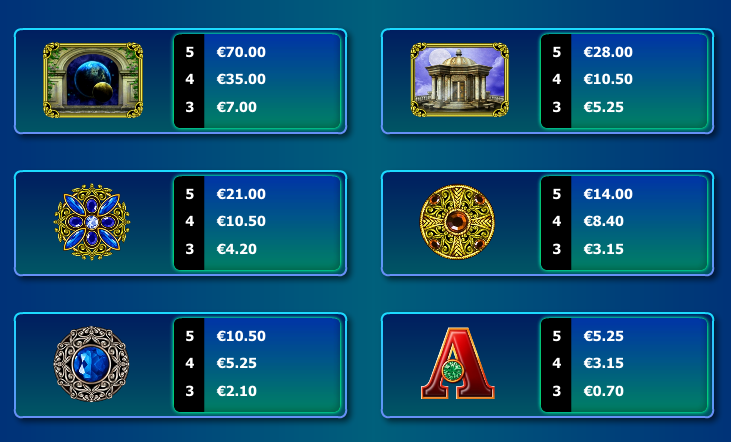 It’s all getting a bit Roman now as we check out the Moon Goddess online slot from Bally Technologies. Also known as Luna, the moon goddess is the divine embodiment of the moon and important to agriculture. This is a conversion from a popular physical game from Bally and it’s good to see it online.

Moon Goddess is a five reel slot with three rows and thirty fixed paylines; Luna herself overlooks proceedings wistfully from above the reels while shooting stars briefly light up the starry sky.

The high value symbols are a selection of jewel-encrusted brooches along with Luna’s temple and a view of the earth and moon through a window. J, Q, K and A make up the lower values.

This is a Wheel Of Fortune-style game and it’s triggered by landing the moon scatter symbols anywhere on reels two, three and four. You now get to spin the aforementioned wheel and there are two prizes available:

The free spins can only be won from within the Wheel Bonus as explained above and you will receive a random number between 8 and 15 spins.

Luna is no longer wild and she’s replaced by a ‘Wild’ symbol. Each time you land a moon symbol during the spins it will be collected; with one spin remaining the number of moons you have collected will be turned into wilds and placed on reels two, three, four and five. The final spin will now take place with those wilds frozen for (hopefully) a big final win.

The spins cannot be re-triggered from within this feature.

This is a playable-enough slot with a creative free spins round although it can be a little tough to trigger the two part feature. The RTP is a reasonable 93.96% so we would say it’s worth checking out.