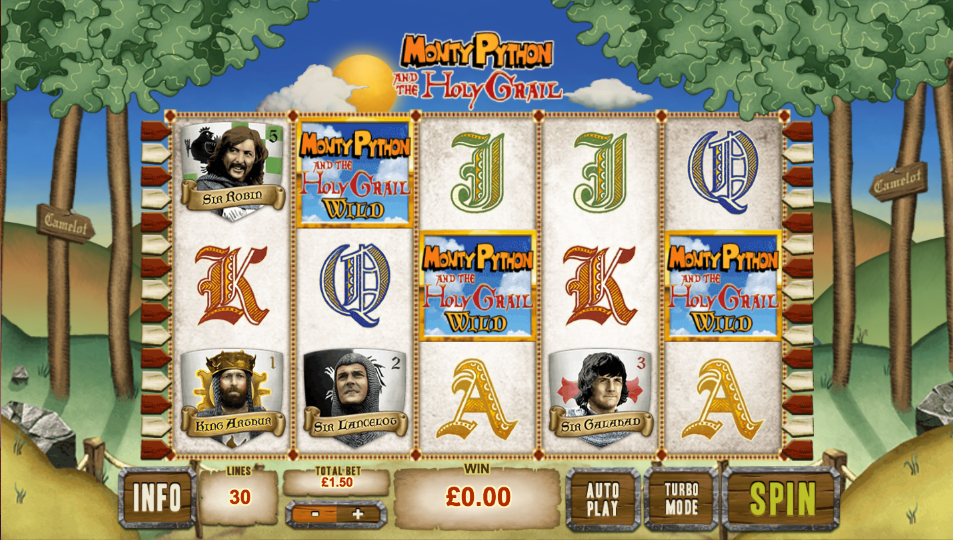 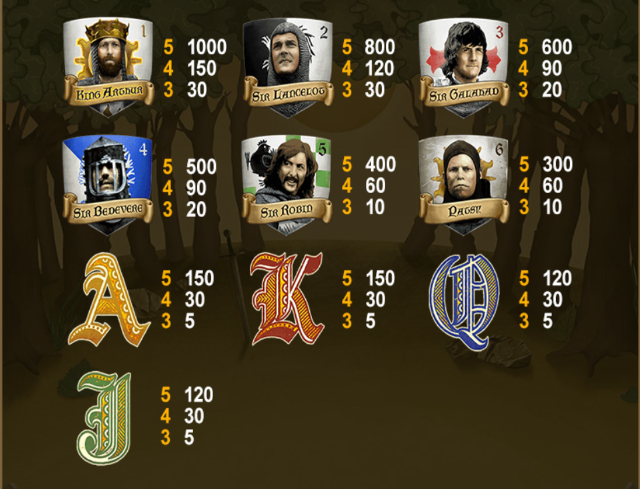 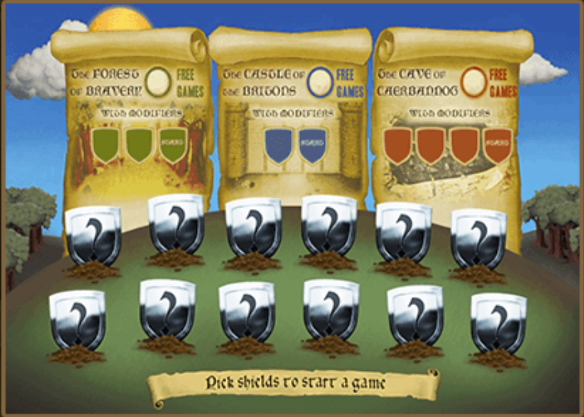 Those players familiar with Playtech’s Spamalot online slot will no doubt be delighted to learn that there’s now a game themed on the film, Monty Python and the Holy Grail (upon which the musical Spamalot was based of course). It’s full of features related to the incidents in the movie and you can find out how it works right here.

Monty Python and the Holy Grail is a five reel slot with three rows and thirty fixed paylines; a Python-esque backdrop of hills, trees and sun is the setting for the mediaeval reels which spin smoothly in the breeze.

Six characters from the film represent the high value symbols and they are King Arthur, Sir Lancelot, Sir Galahad, Sir Bedevere, Sir Robin and Patsy; J, Q, K and A make up the lower values.

The game’s logo is wild and will substitute for all others to form matching combinations except for the shield scatter symbol. There’s also a special wild which appears on reel five which is explained in more detail below.

This is triggered by landing three of the shield scatter symbols anywhere on reels one, three and five and you will now visit a second screen where you must pick from the silver shields displayed until one of the three banners above is full up. Each shield picked will also award a certain number of free spins.

Each banner is a free spins mode played with one of the following features attached:

The Castle of the Britons

The Cave Of Caerbannog

The Forest Of Bravery

The Holy Grail wild symbol appears only on reel five and when it does it will move around the reels, turning any symbols it touches into more wilds.

Monty Python and the Holy Grail is a great tribute to the original film with some great features linked to the characters and events in the movie; if you like wild symbols then this is certainly the game for you as every feature includes an enhanced wild. This game comes with an RTP of 94.18%.